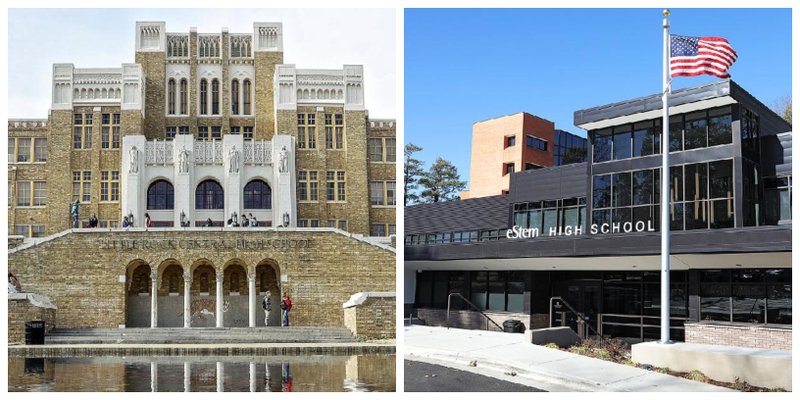 Little Rock Central High School and Larson Hall on the campus of the University of Arkansas at Little Rock are shown in these file photos.

Two school threats were made Thursday morning to Little Rock high schools and two people have been detained and questioned, according to the Little Rock Police Department.

The first threat was called in shortly before 9 a.m., at which time a person called Little Rock Central High School by phone and threatened to "blow up the school," said Officer Eric Barnes, a Little Rock police spokesman.

About an hour later, police learned of another threat to eStem, located on the campus of the University of Arkansas at Little Rock.

That threat, which was posted on social media, appeared to have been made by a former student who now attends Mills University Studies High School, according to police.

Later Thursday, Barnes said the incidents at Central and eStem don't "rise to the level of criminal charges," so no arrests have been made in those cases.

In Sherwood, Sylvan Hills High School and the Sylvan Hills freshman campus were closed Thursday due to threats.