$3.8B in defense budget set aside for border wall 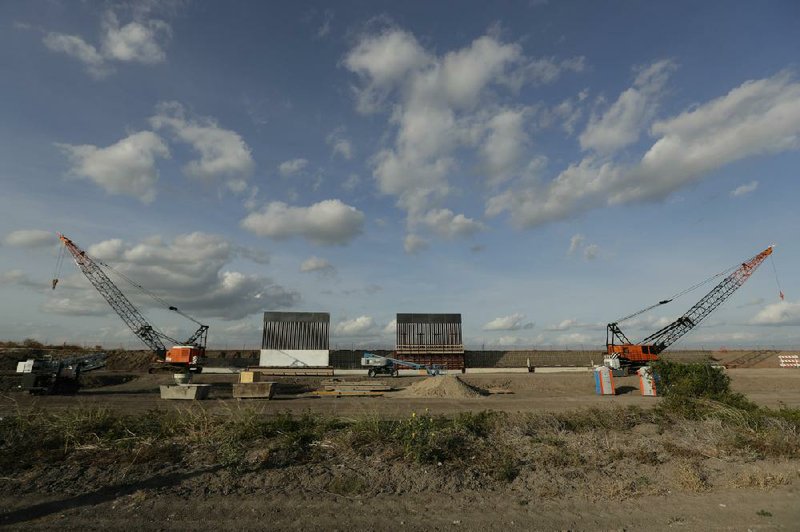 The first panels of a section of wall go up on the U.S.-Mexico border in Donna, Texas, in November. The Pentagon informed Congress on Thursday of plans to divert $3.83 billion from its budget to build more of the barrier, angering some in Congress. (AP/Eric Gay)

WASHINGTON -- The Department of Defense is diverting $3.83 billion from elsewhere in its budget to build more of President Donald Trump's border barrier, according to budget documents reviewed by The Washington Post, setting in motion a White House plan to take about $7.2 billion from the Pentagon budget this year for the project.

The Pentagon informed Congress on Thursday of its plans to divert the $3.8 billion from the purchase of aircraft and other equipment and instead use the funds for the construction of border barriers. The Pentagon is moving the money using a counternarcotics law that allows the Defense Department to build fencing for other federal, state and local agencies in known drug-smuggling corridors.

According to the budget documents, the Pentagon is pulling the funding from two F-35 fighter jets and two Osprey tilt-rotor aircraft for the Marine Corps; one P-8A reconnaissance aircraft for the Navy; and four C-130J transport planes and eight MQ-9 Reaper drones for the Air Force.

In addition, funding will be diverted from programs to update Humvees and trucks for the Army, buy $1.3 billion in "miscellaneous" new equipment for the National Guard and Reserves and develop certain U.S. Navy vessels. The Pentagon told Congress that the funding is either in excess of the military's needs or is not yet needed given the timeline of the programs in question.

The $7.2 billion would give Trump enough money to complete nearly 900 miles of new barriers by 2022.

On Monday the White House released its budget request for 2021 that included $2 billion in border wall funds, far less than what Trump is planning to shift from defense funding.

The Trump administration is making the moves without approval from Congress, which under the Constitution is given the power to appropriate federal funds. Some states and advocacy groups are challenging in federal courts the legality of the administration's plans.

The American Civil Liberties Union, which has repeatedly challenged the Trump administration's immigration policies, said it would sue the government to stop the transfer of the military funds.

"Multiple courts have ruled that it is illegal for Trump to pillage military funds for his xenophobic border wall," said Dror Ladin, an attorney with the ACLU's National Security Project. "Not one court has given his unlawful power grab the stamp of approval. We'll be back in court to block these additional, unauthorized transfers."

While lower courts have temporarily halted the use of military funds, the Supreme Court and a federal appeals court in a separate case have allowed the Trump administration to go forward with the transfers -- and barrier construction -- while litigation is pending.

Rep. Adam Smith, D-Wash., chairman of the House Armed Services Committee, said the latest planned shift of funds shows "once again that the president is obsessed with fulfilling a campaign promise at the expense of our national security."

"This Administration has already stolen billions from the Department of Defense in order to begin building the president's vanity wall and today they are doubling down on bad policy," Smith said in a statement. "The president loves to take credit for 'rebuilding' the military, but today's reprogramming decision does the exact opposite."

Last year, Trump bypassed Congress to take $6.1 billion from the Pentagon budget for the border project.

To take the funding, Trump used the counternarcotics law, as well as another statute in U.S. code, which allows the Pentagon, in the event of a national emergency requiring the deployment of troops, to divert military construction funds to pay for infrastructure needed by those forces.

About 5,000 troops -- including National Guard and active-duty forces -- remain deployed to the U.S. southern border. The Joint Chiefs of Staff determined last year that the construction of border barriers would support those troops -- the active-duty component of which is deployed under a national emergency Trump declared early last year.

The Pentagon suggested that the $3.6 billion in military construction funds it was diverting to border barriers last year would be "backfilled" by Congress, potentially leading to no delays in the projects that were defunded. But the money wasn't replenished, so the projects are canceled until they receive funding.

The White House is expected to take a similar amount again this year from military constructions funds, but Pentagon officials have not said which projects that Congress has approved would be defunded to free up that money.

Administration officials with knowledge of the discussions said the money likely will be diverted once more from military construction projects, and the Pentagon's civil works budget also could be diverted to pay for barrier construction.

Projects that had their funding pulled last year include the restoration of U.S. military facilities destroyed by Hurricane Maria in Puerto Rico, installations the U.S. military said it would build in Europe to help deter Russia and a number of schools on U.S. military bases in the United States and abroad.

The Trump administration has completed about 120 miles of new "border wall system," according to the latest figures, an effort that to date has consisted mostly of replacing smaller, older "vehicle barriers" with 30-foot-tall steel bars.

Trump has promised to complete nearly 500 miles of barriers by early next year.

Nearly all of the barriers built on Trump's watch have gone up in Western states and in areas where the government has control of the land. His administration faces a different challenge in Texas, where Trump is planning to put barriers along the windy course of the Rio Grande, where most of the land is in private hands.

Trump placed his son-in-law Jared Kushner in charge of the project last year. Since then, Kushner has held regular meetings at the White House to get updates on construction progress, while pushing for a faster pace.

Information for this article was contributed by Paul Sonne and Nick Miroff of The Washington Post; and by Andrew Taylor and Lolita C. Baldor of The Associated Press. 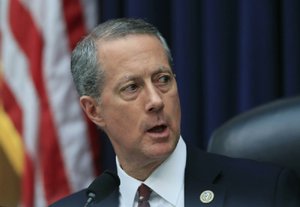 Print Headline: $3.8B in defense budget set aside for border wall