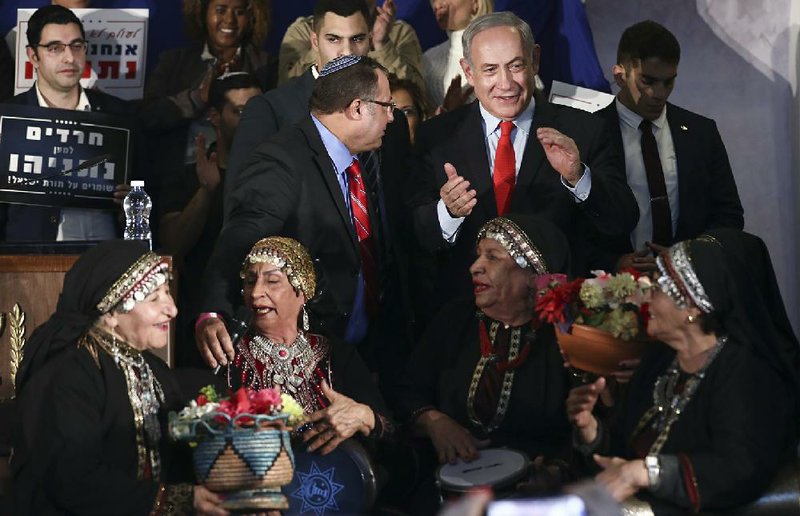 JERUSALEM -- Secretary of State Mike Pompeo on Thursday said he is "outraged" by the U.N.'s publication of a list of companies accused of violating Palestinian human rights by operating in Israel's West Bank settlements.

In a statement, Pompeo said the list supports a Palestinian-led boycott movement and "delegitimizes" Israel. He urged other countries to join the U.S. in rejecting the effort.

"The United States has long opposed the creation or release of this database," Pompeo said.

"Its publication only confirms the unrelenting anti-Israel bias so prevalent at the United Nations."

The database, released Wednesday after years of delays, listed 112 companies that the U.N. human rights office said are complicit in rights violations by bolstering Israeli settlements in the occupied West Bank and Israeli-annexed east Jerusalem.

The list is dominated by Israeli companies, including major banks, construction companies, supermarkets and gas stations. But it also includes a number of global brands, including American firms Airbnb, General Mills and Motorola Solutions.

The Palestinians seek the West Bank and east Jerusalem -- captured by Israel in the 1967 Mideast war -- as parts of an independent state.

The U.N. list does not impose any penalties on the companies or accuse them of acting illegally. Instead, it appears to be aimed at pressuring them into changing their business practices by drawing negative attention to their ties to Israeli policy.

Israel denounced the list and accused the U.N. rights office of collaborating with the Boycott, Divestment and Sanctions in compiling the names.

The BDS movement promotes boycotts, sanctions and divestment against Israel in a nonviolent campaign that it says is aimed at defending Palestinian rights.

Israel says the movement seeks the country's destruction and accuses it of anti-Semitism -- a charge that BDS leaders reject.