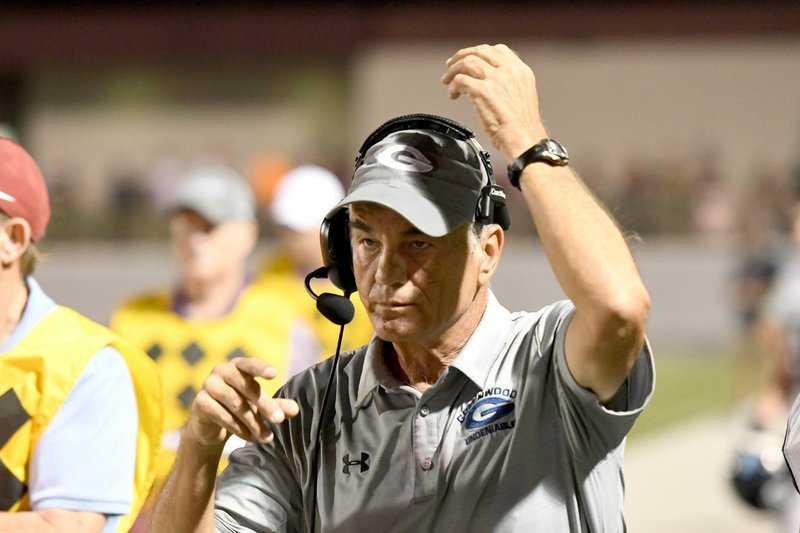 Greenwood football coach Rick Jones announced Friday that he is leaving the school after 16 seasons.

Sources told the Arkansas Democrat-Gazette that Jones will accept a position on Missouri's staff as a senior consultant to new coach Eliah Drinkwitz. Drinkwitz, an Alma native, was hired by Missouri in December from Appalachian State.

Jones went 186-26 at Greenwood and led the Bulldogs to eight state championships and 14 semifinal appearances. He was at Greenwood since 2004.

“Rick has long been the standard in the state among football coaches," Greenwood Athletic Director Dustin Smith said in the school district's Facebook post on Jones' departure. "I can never put into words the impact he has made in so many lives, including my own. Rick has been an incredible ambassador for the Greenwood Bulldogs and it will be impossible to totally measure his successes. He has been a friend, a mentor, a coach, and a voice of reason to so many. He will certainly be missed in Greenwood, but I am excited to follow this next chapter of his life.”