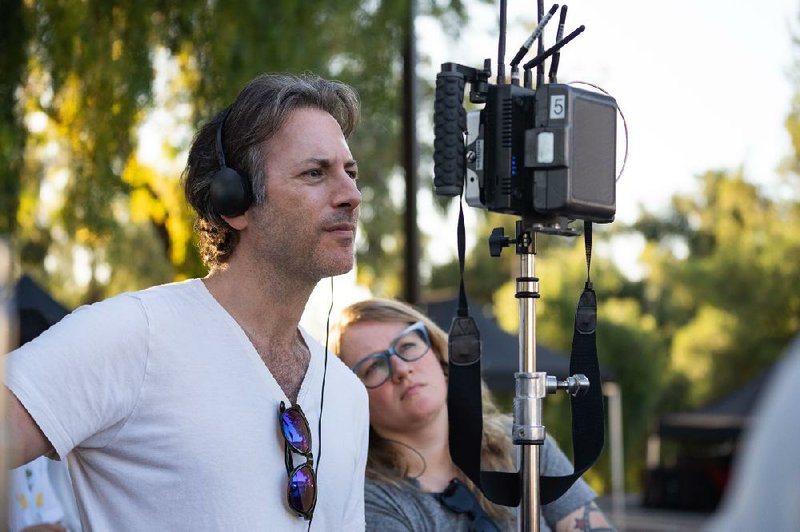 Horse Girl, the new film co-written by director Jeff Baena and starring Alison Brie, sounds at first like the sort of movie you could sum up in your head and feel as if you weren't missing much by taking a pass -- but you would be making a serious mistake: There's a lot more at work here than a quirky indie comedy. It concerns a socially awkward young woman named Sarah (Brie), who obsesses about a silly-seeming supernatural TV show called Purgatory and the horse she used to ride at a nearby stable when she was younger. She's sweet, and generous with her attention, but seems a bit off-track, somehow, a wayward soul not quite comfortable in society, a feeling exacerbated by her party girl roommate Nikki (Debby Ryan) and her roomie's aggressive jerk of a boyfriend Brian (Jake Picking). Slowly, as things progress, Sarah's sense of reality becomes unglued, her dreams and fantasies blending with the outside world until we're lost with her, in our own hazy purgatory of conspiracy theories, UFO abductions and time skips. The 42-year-old Baena, whose previous films include Life After Beth and The Little Hours spoke with us about working with frequent muse Brie, making a film from a completely subjective viewpoint, and whether the film's mysteriously ambiguous ending actually finishes conclusively.

Let's begin at the beginning, as it were. You co-wrote the film with Alison Brie. How did that come about?

I'm such a fan of working with her, and she lives really close to me. She asked me to go on a hike, and she pitched me this idea about a woman who isn't sure if she's succumbing to a family history of mental illness, or if supernatural things are really happening to her. Coincidentally, I also had an idea about a girl who had grown up with means, and at some point, probably in her teens, it all changes, like her life changes and she no longer has access to this forest that really means a lot to her. And we quickly realized that there was a sympathy between these two ideas and combined them. Immediately, we just spitballed ideas back and forth, feeling a rush of creativity based on the marriage of these two ideas. Then we started writing it together in the same room for six months or so.

One of the most interesting aspects of the film is the way it doesn't seem to take sides with respect to Sarah's experience: It leaves things ambiguous as to what's actually happening to her.

For me, the [point] was always to play into the subjective reality that Sarah is going through, as opposed to seeing it objectively, because I don't think anyone observes any version of reality that's objective. It's always colored by our personal experiences and our mental state. Movies that make a judgment don't really land for me because they don't feel as real and as connected to the character. It feels like ironic detachment. You know, one of the coolest things about movies is we're able to see things through other people's eyes, and of course, the filmmakers can stack that deck whichever way they want. But I wanted a way to be compassionate, as long as they believe it's real, it's real for them. I wanted to drive that home as opposed to some kind of clever reveal at the end. I wanted the audience to decide based on their experience and what they've seen to make their own decisions on what's really happening.

That's especially true of the ending. Not to give anything away, but it's unclear if we should feel happy for her or not.

Or both, I guess. It could go either way. I think there's enough information in the movie for people to find their own answers. I personally had a specific take that I was employing, there are enough breadcrumbs out there to connect those dots. But at the same time, I didn't want that to be crystal clear. There are other interpretations that are available to people so you can come to your own conclusions. But you know, the idea that this movie doesn't explain itself but sort of shows itself, is important. I'm not a big fan of exposition, and I don't think this movie requires a solution. I think you can watch it and have an emotional experience. But in terms of its actual reality, it's up to [the audience] to decide.

Anyone who thinks Alison Brie is strictly a comic actress will be quickly disavowed of that opinion here. She's tremendous.

I think her performance is the best of her career. She's such an incredibly smart, thoughtful actor, she imbued that character with three-dimensionality, so even if, in the beginning, you feel like you have a grasp on who she is, there are indications throughout that something isn't quite right. The subtlety she brings to that character is nothing short of amazing. She's such a wonderful collaborator and I think having her on the other side of the camera was such a benefit. Generally, I'm trying to get actors to that place, and it's all in my head and it all rests on me to fine-tune that performance. But with Alison, this was all something we had talked about for over a year in anticipation, so there wasn't a lot of catch-up. She knew exactly what we were going for at all times. It became more about the minutiae, which was extremely rewarding.

It sort of defies genre as well. It sets up almost like a fish-out-of-water comedy before it becomes something much different.

Yeah, it's definitely blurring the lines of the genre, but those lines are blurred anyway. It's the artist's decision whether or not they want to stay within the sort of boundaries that tradition dictates. I personally don't believe you should. It's a safety net so that when you're creating a story, you know where you can and cannot go and you know that people will snap into that experience. There's a familiarity with it. But I believe it's an artist's duty to push those boundaries and not stay within those lines. The whole purpose of making something is to create a new experience, not something that you've seen before. So I don't know if it's [so much] an intentional subversion of trying to dismantle genres as much as I'm just trying to make sure people are paying attention and staying on their toes and not sleepwalking through a movie and giving themselves over to an experience that they've had before. I want people to question and be aware and be present while they're watching stuff.

I got to see the film at Sundance, but it launched on Netflix the next week. We still seem to be in the middle of the Streaming Wars. As an indie director, where do you sit?

I think what Netflix is doing is fantastic. They're creating other opportunities for independent filmmakers to have a venue, which is the hardest thing for filmmakers to have. They were nothing but absolutely supportive and understanding of my vision and allowed me to make what I wanted without any interference. The idea that the movie came out two weeks after Sundance is interesting because you're able to utilize the momentum coming off of [the festival] to propel it forward. I mean, for the most part, I feel like every movie I've done came out in June, July or August, so you lose some momentum and you have to pick it back up. So I think it's smart of them to be able to capitalize on that push. Ultimately, as a filmmaker, you do want your movie to be in theaters, but you just got to hope that people are watching it in a way that they feel like it's doing the movie justice. I've no control over that in terms of the quality control, but their frame of reference is relative to that anyway. So however they experience it, that's how they're experiencing it. It just creates an opportunity for the movie to be seen by more people, which is all you ever want, anyway. 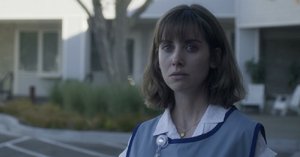 Sarah (Alison Brie) is a socially awkward arts and crafts store employee who finds her surreal dreams impinging on her waking life in Horse Girl.