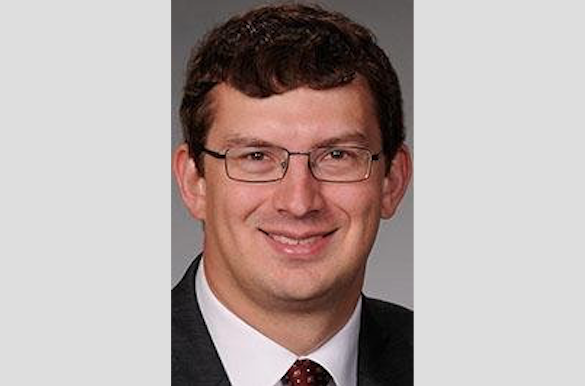 Chad Pekron of Bryant, a gubernatorial appointee to the Arkansas Board of Education since July, said at the end of Thursday's board meeting that he is resigning from the position effective immediately.

A Little Rock lawyer and parent to five children, Pekron said a career change will necessitate extensive travel that will not be compatible with service on the nine-member Education Board.

He declined to say publicly what the new job will be, deferring to a forthcoming announcement from the employer.

Despite his short term on the board, Pekron made several key motions regarding the operation and future governance of the state-controlled Little Rock School District.

In October, Pekron made the motion to return the state-controlled Little Rock district in its entirety to a locally elected school board in lieu of an earlier proposal that established three categories of schools.

That first plan for reconstituting the district was seen by members of the public as dividing the district into two parts -- with the lowest achieving schools being placed under "different leadership" from the rest of the district, which would be operated by an elected school board.

Pekron also called for "a few guardrails" to be attached to the return of the Little Rock district to a locally elected board.

Those provisions were ultimately adopted by the Education Board in December. They prohibit the district -- once a nine-member board is elected next November -- from changing superintendents, negotiating with the employees' union or initiating litigation for as long as the district is classified as Level 5 --in need of intensive support.

Pekron is a member of the Quattlebaum, Grooms & Tull law firm. He first became associated with Arkansas as a law clerk for Morris S. Arnold of the 8th U.S. Circuit Court of Appeals. After his clerkship, Pekron became an associate for several years at the Chicago law firm of Sidley Austin before returning to Arkansas.