Pope rules out proposal to add priests in Amazon 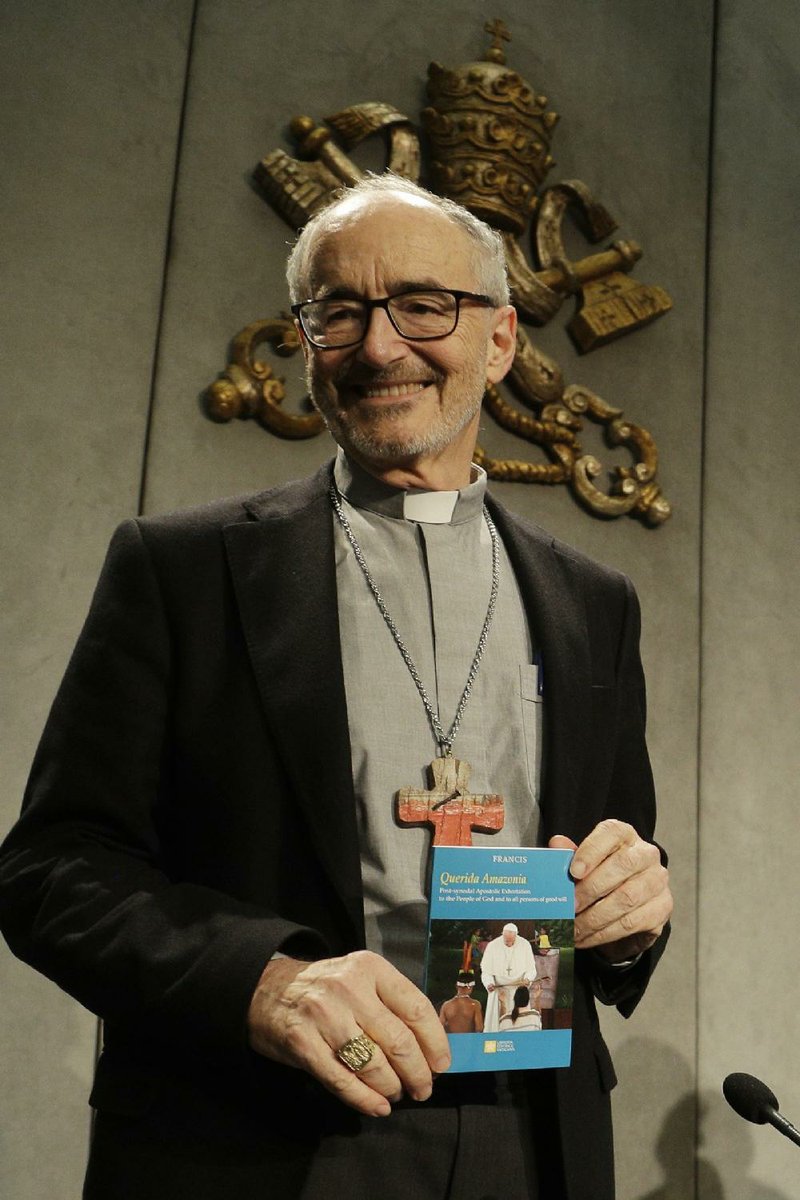 VATICAN CITY -- Pope Francis has refused to approve the ordination of married men or women as deacons to address a shortage of priests in the Amazon.

In a document released Wednesday declaring his decision, Francis didn't refer to recommendations by Amazonian bishops to consider married priests or women deacons. Rather, the pope urged bishops to pray for more priestly vocations and to send missionaries to a region where faithful Catholics in remote areas can go months or even years without Mass.

Francis' document, "Beloved Amazon," is instead a love letter to the Amazonian rain forest and its indigenous people from the first Latin American pope. He has long been concerned about the violent exploitation of the Amazon's land, its importance to the global ecosystem and the injustices against its people.

Francis said he has four dreams for the Amazon: respecting the rights of the poor; celebrating their cultural riches; preserving its natural beauty and life; and showing the indigenous features of its Christian communities.

[Video not showing up above? Click here to watch » https://www.youtube.com/watch?v=kBHirDvvwKc]

Francis had convened bishops from the Amazon's nine countries for a three-week synod in October to debate how the church can help preserve the delicate ecosystem from global warming and better minister to its people.

The Argentine Jesuit has long been sensitive to the plight of the Amazon, where Protestant and Pentecostal churches are making gains in the absence of Catholic communities where Mass can be regularly celebrated.

According to Catholic doctrine, only a priest can consecrate the Eucharistic hosts distributed at Mass, which the faithful believe are the body of Christ.

In the synod's final document, most of the bishops called for establishing criteria so that "respected" married men in their communities who have already served as permanent deacons can be ordained as priests.

The bishops also urged the Vatican to reopen a study commission on ordaining women as deacons, which allows for preaching, celebrating weddings and baptisms, but not consecrating the Eucharist. Francis had created such a commission in 2016 at the insistence of nuns, but the group ended its work without reaching consensus.

Cardinal Michael Czerny, a synod organizer, said its proposals "remain on the table" and have their own "certain moral authority." But the fact that the pope didn't expressly approve the final document, and only presented it, means the proposals do not form part of his official teaching, said Cardinal Lorenzo Baldisseri, another organizer.

"It is a great success, a great success for the faithful," said conservative Austrian activist Alexander Tschugguel, who was so alarmed at the "pagan" proceedings of the synod that he stole three wooden statues of a pregnant woman that were featured in the Vatican meetings and threw them in the Tiber River.

Francis dismissed suggestions that ordaining women would serve them or the church. While agreeing that women should have greater decision-making and governance roles, Francis argued that they must find "other forms of service and charisms that are proper to women."

Francis justified his refusal to consider ordained ministry for women as sparing them the risk of being "clericalized," or placed on a pedestal.

"This post-synodal document is a betrayal of women by denying them the grace of holy orders to do a ministry they are already carrying out," said Miriam Duignan of the Wijngaards Institute for Catholic Research, a British-based progressive Catholic think tank.

"Recognizing women's work with diaconal ordination would be the first, most basic step towards righting the wrong of institutional sexism that hobbles our church as it attempts to respond to the moral crises of our time," McElwee said in a statement.

The Catholic Church retains the priesthood for men, arguing that Christ and his apostles were male.

Information for this article was contributed by Kirsten Grieshaber of The Associated Press.