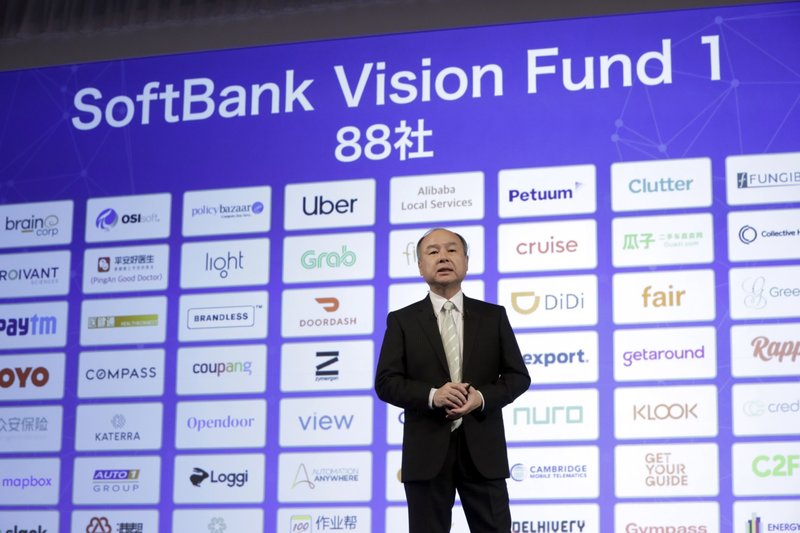 SoftBank Group founder Masayoshi Son has opened the door to making at least some of the changes championed by U.S. activist investor Paul Singer after the Japanese company reported a second quarter of losses from its startup investing.

Son called Singer's Elliott Management an "important partner" and said he is in broad agreement with the investor about SoftBank buybacks and share value. Son said he is on the side of shareholders, especially since he is the largest stockholder at the company. The two billionaires held discussions a couple of weeks ago, he said.

Son is adopting a more conciliatory stance just as he's stumbling with his signature effort -- the $100 billion Vision Fund, which made him the biggest investor in technology. The fund lost money in the three months ended in December, one quarter after the meltdown at WeWork triggered a record loss for the Japanese company. On Wednesday, Son said he is no longer targeting $108 billion for a second fund and SoftBank may finance the effort on its own.

"We are thankful that such a distinguished investor has joined us as a friend," Son said at a news conference in Tokyo to discuss earnings. "We are basically in agreement on carrying out large buybacks when the finances allow it."

Elliott disclosed a stake of almost $3 billion in SoftBank this month, arguing that the company's shares are substantially undervalued compared with its assets. It has advocated for a share buyback of as much as $20 billion, along with governance changes and more transparency about its investments.

The Vision Fund lost $2.05 billion for the three months ended in December. SoftBank Group reported a slim operating profit of $24 million, compared with the $3.1 billion average of analyst estimates.

The past 12 months have been a roller coaster for Son and SoftBank investors alike. A year ago, the company unveiled a record buyback, sparking a rally that pushed shares to the highest since its dot-com peak in 2000. Uber Technologies's disappointing public debut and the implosion of WeWork wiped out the gains over the next few months. But SoftBank surged again in the past week after Singer disclosed his stake and Son won approval to sell his Sprint to T-Mobile US.

Son focused on the positive in the presentation to shareholders and the media in Tokyo. He said the Vision Fund is on track to return to profit in the current quarter. The eight portfolio companies that are publicly trading, including Uber, Slack Technologies and Guardant Health, have added $3 billion in paper profit in the current three months, he said.

"At the last earnings briefing, I used the words 'I regret' 20 times. But after a difficult winter always comes spring," Son said. "The tide is turning," he added, standing in front of a slide with the same words and a crashing wave.

The most dramatic change in portfolio value since the quarter closed was Uber, whose shares have climbed more than 35% this year. That, Son said, means the Vision Fund's stake is now worth $1.5 billion more than its investment, compared with $1 billion less at the end of December.

The Vision Fund's overall performance was murkier. SoftBank said the fund's portfolio remained unchanged from the previous quarter at 88 investments. It reported a gain in valuation for 29 companies in the December quarter, while 31 saw their worth decline. The unrealized gain on the investments, or the difference between the cost at which it acquired the stakes and their present fair value, shrunk to $5.2 billion. That's less than a third of the paper profit SoftBank reported six months ago.

"Vision Fund is still going to have a lot of problems," Amir Anvarzadeh, a market strategist at Asymmetric Advisors in Singapore, said in an interview on Bloomberg Television before the earnings announcement. "They really need to focus on profitability rather than sales growth."

SoftBank also said it is introducing new governance standards for its portfolio companies, including the composition of the board of directors, founder and management rights, rights of shareholders, and mitigation of potential conflicts of interest. The new rules will "enhance value creation and liquidity" at portfolio companies, it said.

Elliott wants SoftBank to set up a special committee to review the investment process at the Vision Fund, which it thinks has dragged on the share price despite making up a small portion of assets under management, people familiar with the matter have said.