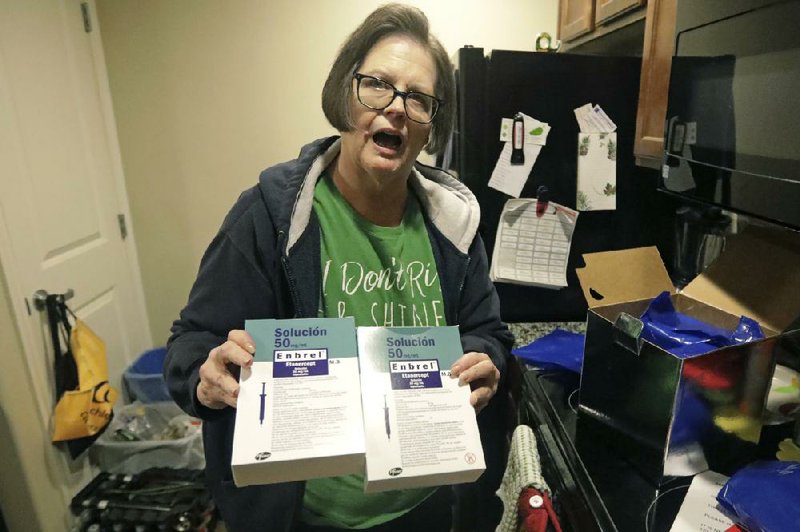 The Trump administration criticized foreign governments' efforts to reduce drug prices in a new report, even as the president and Congress consider measures of their own to control the cost of medicines in the U.S.

The report published Thursday by the White House Council of Economic Advisers argues that coordinated drug-purchasing efforts in other countries, often by government-run programs, result in lower drug costs compared with the U.S. The report describes the practice as "free-riding."

The council's report strongly echoes arguments of the pharmaceutical industry. It claims that lower drug spending globally erodes the resources available for researchers to develop new drugs. The analysis shows that other industrialized countries spend much less than the U.S. on drugs, and argues that a truly free market would see them all pay more -- rather than the U.S. paying less.

The report was published as the U.S. considers policies that would essentially copy those countries. President Donald Trump called for bipartisan legislation to cut drug prices in his State of the Union speech last week -- a move that, if the logic of the White House's report is followed, would reduce funding for research and breakthroughs. Trump is also weighing whether to index certain U.S. drug prices to those of other nations.

Representatives for the drug industry's largest trade organizations, the Pharmaceutical Research and Manufacturers of America and the Biotechnology Innovation Organization, didn't immediately return requests for comment.

"This report looks like it's about increasing pharma revenue -- it's certainly not about lowering prices for Americans," said Michael Rea, the founder and chief executive of RX Savings Solutions, which collects drug-pricing data to help large employers get better deals on medications. "Are you trying to lower prices or beef up pharma profits? This is disingenuous as to what the real motives are."

U.S. health care costs are meanwhile the highest in the world, and Trump has struggled to arrive at policies to constrain them.

Thursday's council report, in chart after chart, notes that other countries pay much less for pharmaceuticals and that the U.S. is an outlier. The United Kingdom, for instance, spends 34% of the price paid in the U.S. for the top 200 selling patented drugs that council researchers examined. Canada pays 35% of U.S. prices, France 42% and Germany 43%, the report says.

"U.S. patients and taxpayers have largely financed global revenue for the biopharmaceutical industry," the report says, while also noting the U.S. is a leader in pharmaceutical research and development. "Stringent government underpricing in foreign countries has substantially increased foreign free-riding on the United States."

The report criticizes "monopsonistic purchasing arrangements" -- market demand for a product or service consisting of only one buyer -- of government-run drug plans for sapping the coffers of U.S. drug researchers. "Lower prices obtained by single-payer systems have the effect of undermining the original purpose of patent policy for prescription drugs: creating a strong financial incentive for innovative R&D [research and development]," the report says.

Trump's administration has expressed support for a bill by Republican Sen. Chuck Grassley and Democratic Sen. Ron Wyden that would lower certain drug costs. Congress is expected to pass a health bill this spring to avoid the expiration of some U.S. health programs, teeing up the prospect of an election-year deal on drug prices.

However, Trump is also weighing whether to act on his own and order cuts in prices for some drugs bought by the Medicare program for the elderly and disabled.

Information for this article was contributed by Riley Griffin of The Associated Press.