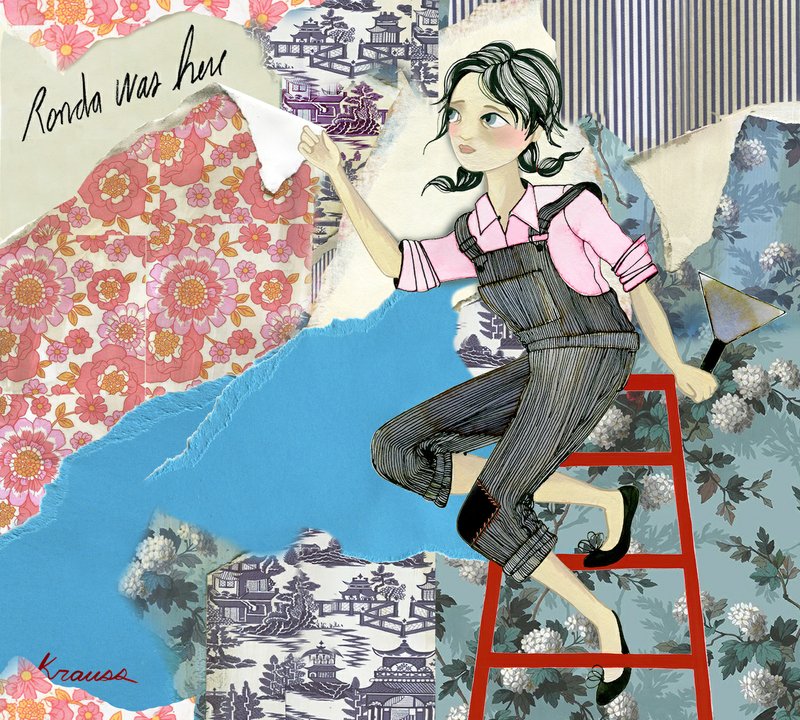 Revisiting your childhood home can be a happy trip down memory lane -- or it can be unnerving for you and the current owners. (The New York Times/Trisha Krauss)

A few years ago, I visited the house where I grew up. I hadn't been back since I was 15, but there I was on a day trip with my parents and my husband, and wouldn't it be fun to pop in and take a look around?

The surprised homeowner obliged and we stepped inside what was once the foyer of a 1950s ranch-style house but was now part of a large open space with no walls separating the living room from the dining room and kitchen. The homeowner, who said she had lived in the house for a few years, was thrilled to show us the changes she'd made. All I could think was: Where did our dining room go?

I peeked into my childhood bedroom, now her walk-in closet. "I used to sleep in there," I said, sheepishly. Admittedly, it had been a dinky bedroom, but it made for a pretty nice closet.

Mostly, walking through the space felt like trying to scrub a dirty window clean. Oh right! The door to the deck was off the living room, not the kitchen. And that endless hallway to my parents' room was actually just a few feet long. As I giddily showed my husband the space that had once been my childhood play room, my mother took a closer look at the new finishes.

The homeowner proudly showed us how she had remodeled the master bathroom. "I took out this old tile that someone had put in," she said.

Once we had said our goodbyes and left, my mother let loose. "That was expensive Italian tile!" she said. "What was she thinking?" She was not pleased with the open-concept living room either: "That was a mistake."

While I was happily reliving my childhood, my mother was reviewing the new owner's remodeling choices.

The experience of visiting a childhood home works wonders if you're angling for a trip down memory lane. It brings fuzzy and disjointed memories into focus. But a house is not static -- tiles change, walls come down. If you walk into a house that has been radically altered since you lived in it, those changes may leave you feeling like someone erased you from the picture, especially if you were the one who made those earlier design decisions.

Or, if you're the unwitting homeowner suddenly cast in the role of playing host to a version of history that no longer exists, you may wonder if these visitors are interlopers trying to undermine your claim to the place you call home.

"Who is the truer owner? The more original owner? The one who goes back the farthest? Or the one who lives there now?" said Gretchen Rubin, author of several books, including Outer Order, Inner Calm. "What does it mean to own a house?"

Rubin is not above putting her mark on spaces that were once hers. After her grandmother died, Rubin, who was in her 30s at the time, took a knife and carved a nick into a built-in cabinet before her family sold the house where she had spent so much time. "I remember thinking I would really like to come back and see if this nick is still here," she said.

We often want to check in on the places where we once lived. A third of American adults have visited their childhood homes in what Jerry M. Burger, the author of Returning Home: Reconnecting with Our Childhoods, describes as a "widespread phenomenon." We may take these journeys because we want to remember our youth -- and what better way to do it than by walking around a house that's no longer yours?

LIFE OF ITS OWN

For most of us, the experience is positive, as long as the house is still intact and bears some resemblance to what it looked like when we grew up there. Big changes made by other people after we've left usually make us unhappy. And if you show up to find the house has been demolished and replaced with something else, expect to feel devastated.

"There is this need to feel that your childhood still exists in your memory and it's an important part of you," said Burger, a professor emeritus of psychology at Santa Clara University.

But what happens when someone shows up at your house with fond memories of a time before you lived there? You may enjoy hearing stories about your home before it was yours, or you may find the experience unsettling as if someone is trying to lay claim to a place that is rightfully yours.

In 2017, Pippa Biddle was unnerved when she learned that her new boyfriend, Benjamin Davidson, and his family had, by sheer coincidence, once lived in the house across the street from the house where she grew up in Katonah, N.Y., and where her parents still live. It was unsettling because it made clear that her house had a history she was not privy to.

By Christmas 2018, Biddle and Davidson were engaged, and so the Davidson family came to a holiday party at the Biddle family home. "I was really anxious about it before they came," Biddle, now 27, said. "Will they think we messed it up? Because we did change a lot. We put so much love and care into this home over the years, and the idea that someone already knew it and would be disappointed by what we did was a scary thought."

As Biddle and her mother gave the Davidsons a tour of the renovated four-bedroom house, Biddle, a writer, worried about what they would report back to the previous owners. "To have the house framed in that way is very weird, where it goes from 'our house' to 'their old house,'" said Biddle, who now lives in Germantown, N.Y., with Davidson, 28, whom she married in June.

During the party, Davidson gathered on the front porch with his parents and sisters to take family pictures to send to the previous homeowners. Biddle was baffled by their enthusiasm for her house and felt strange as she snapped the family photo that did not include her family. "The idea of someone else caring enough about the house to want a picture on the porch of it, felt slightly strange," she said. "It's mine. I'm greedy."

Of course, the house will always be Biddle's childhood home. But it was someone else's, too. The collision of the two worlds made clear that her life there was but one chapter in the life of the house.

In the years since I visited my old home, my childhood memories have remained intact, and separate from those of the house I visited that afternoon. Yes, I remember the new open layout, but that version doesn't compete with my memories of Thanksgivings spent in our cozy dining room, with my mother walking through the swinging door from the kitchen carrying hot serving platters.

Even though I can still vividly remember those Italian tiles in my parent's bathroom, I cannot, for the life of me, remember what that new bathroom even looked like.