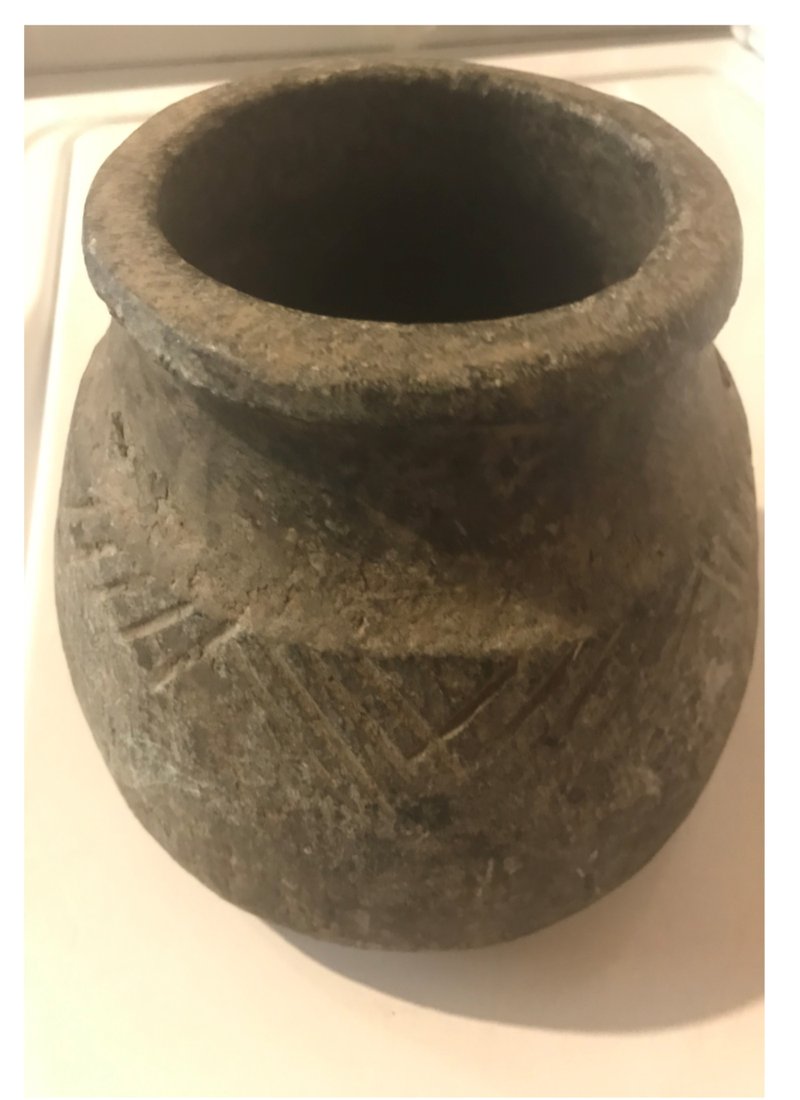 This pot appears to have been made by American Indians. (Handout photo/TNS)

DEAR HELAINE AND JOE: Do you have any insight into an item I found while hiking in Minnesota? It is a pot of some kind and everyone I have shown it to thinks it is very old. What do you think it might be, other than an old pot?

DEAR J.F.: We want to begin by saying we have to invoke the Peter Principle because with this question we have reached a level of incompetence. However, with that understood what J.F. really wants to know is what we think, and heaven knows we are not shy about offering an opinion.

First of all, we think the pot is American Indian. In Minnesota, this covers a great deal of territory. Archeologically speaking, indigenous people of the region first made pottery as early as 3,000 years ago. But of course, the pot is much younger than that.

Minnesota American Indian pottery is divided into as many as 30 different categories, all associated with a specific culture or site. Different names include Blackduck, Malmo, Fox Lake and Oneota.

All were pit-fired, meaning that pots were typically placed in a pit with coals or burning wood and rocks to act as heat diffusers. This method of firing seldom produced temperatures over 1,500 degrees, which means the pots were rather fragile and easily broken.

To make the pots withstand the firing process, various kinds of "temper" were added to the ceramic body. The temper materials include crushed granite, sand or ground shells. The substances helped reduce expansion or contraction during firing and help the vessels withstand later use on an open fire.

It is thought that jars like this were used to cook wild rice or maize. Water and grain were put in the pot and then the piece was placed in an open cooking fire. The water would come to a boil and cook the grain.

Now, here is where we climb out on a limb. We think the pot might have been made by the Oneota culture, which is associated with the American Midwest, including southern Minnesota. Their pottery tended to be globular in form, shell-tempered, purposefully smoothed but unburnished, decorated on the shoulder with trailing lines or tool impressions and have a rounded lip.

J.F.'s jar seems to fit the description closely, but we want to point out we are not expert enough to make this more than a suggestion. The Oneota culture was the last prehistory culture of the Upper Midwest and generally dates from approximately 1150-1700. The pot could date from the latter end of this period, but it could be a bit later as well.

We also want to point out that ceramic pots of this type were very fragile and are known mainly as fragments. This largely intact specimen should be something of a rarity.