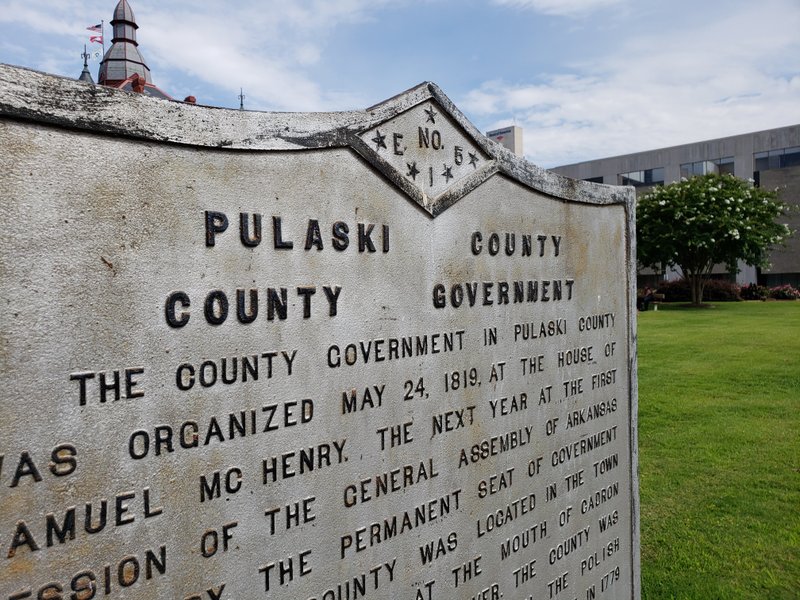 None of the challengers have held elected office, though most have been involved in organizing or advocacy of some kind. They're opposing incumbents whose combined terms add up to decades of experience in county government.

Of four Quorum Court races, each features two Democratic candidates, and the winner by simple majority will advance to November's general election.

However, because no Republicans filed for the positions, the winners of the primary essentially will win the seats. Uncontested candidates won't be listed at the polls this fall and will take office January.

The Quorum Court is Pulaski County's legislative body of government. Its 15 members oversee a budget of more than $80 million -- including for the state's largest county jail.

The Quorum Court also makes decisions on infrastructure, such as for public-works projects in unincorporated areas of the county. Its two-year-term justices of the peace are paid based on how many meetings they attend, maxing out at about $14,000 annually.

A map of Quorum Court districts, along with information about who represents each, is available online at pulaskicounty.net. Early voting begins Tuesday.

Justice of the Peace Julie Blackwood, 63, is trying to secure a seventh Quorum Court term. She has lived in Little Rock's Hillcrest neighborhood for 28 years.

Once a gym owner, Blackwood now works as a private personal trainer. She said she's long valued public service and was influenced by her father, who taught civics and government classes.

"I can remember, even as a little bitty kid, going around doing handouts in the neighborhood," she said. "That's why I do it -- to help make a difference, to bring about change, to give back something."

She's most proud of her work expanding the county's animal neutering program and helping get the county's crisis stabilization unit off the ground. That mental-health facility opened in 2018.

If reelected, she plans to focus on youth services and juvenile-justice initiatives, including facilitating cooperation with circuit judges who balk at sharing juvenile-justice data with justices of the peace.

Also running in the district is Vicki Hatter, 40. Hatter lives in the Briarwood/Sunnymeade area of Little Rock and works in fleet management, an accounting role.

Hatter has been active in issues pertaining to education, such as testifying about related bills during legislative committee meetings.

"I just think now is a time for a fresh vision, a fresh voice," she said. "I like to look at issues and figure out ways to possibly problem-solve. ... I'll be able to do that better [if elected]."

She said her areas of interest would include criminal justice-adjacent issues, such as encouraging modern policing techniques and attending to jail maintenance.

She also wants to improve the county's wage scale, describing a recent pay increase approved by justices of the peace as not enough to be competitive.

The district includes parts of downtown, Midtown, Hillcrest and Riverdale in Little Rock.

Justice of the Peace Donna Massey, 56, works in customer service for FedEx Freight. She has lived in Little Rock since 1992 and lives near the Oak Forest area.

Massey is seeking a 12th term, she said, because of a strong love of county government. The Quorum Court's longest-serving member, she explained that "it takes time to really understand" the ins and outs of what the Quorum Court oversees.

"There's so much more to do," she said. "We've taken our budget from $50 million to $82 million. ... That's $30 extra million dollars of opportunity that we have to make Pulaski County better."

Massey pointed to her support of a move to "ban the box," regarding criminal history on county job applications, and work to pass a land-use plan to protect the county's drinking water.

If reelected, she'll work on matters related to criminal-justice reform, youth programming and economic development. Good jobs are especially needed in her district, she said.

Massey's opponent Pamela Whitaker arrived in Little Rock more than six years ago from Washington, D.C., to be closer to her family. She is 65 and lives in a neighborhood near Little Rock Central High School.

With a past career in project management and computer science, Whitaker runs a technology business and started a nonprofit for girls interested in that subject.

Whitaker wants to protect green space in the county, work on transportation issues and fight blight.

"Helping some of these abandoned homes get taken care of will really help the growth of this central area here," she said.

Whitaker said her opponent is not engaged at meetings, arrives late and leaves early.

Massey said she has rarely missed a vote, but that during the past few months she has occasionally left during the public comment period to attend neighborhood events for her campaign.

The district includes parts of downtown and central Little Rock.

Justice of the Peace Barry Jefferson is making a bid for a second Quorum Court term. The 44-year-old lives in the Cloverdale area of Jacksonville. He is the environmental services director for CARTI.

Jefferson led last year's effort to create a public safety and justice efficiencies committee, which is to work on criminal and juvenile justice changes.

He said he wants to continue that emphasis, as well as get more involved with the county's budgeting process and mend recent tensions that have flared between the Quorum Court and circuit judges.

"We're not trying to oversee them. I want to work with them," he said.

Gulley touted her experience as a former member of the Little Rock Education Association and said she has a good grasp of what would be useful in the district.

"I grew up in a rural community in southwest Arkansas, so I understand the needs of unincorporated communities," she said.

Gulley wants to work for road and drainage improvements in unincorporated areas, add a recreation and wellness center for children and senior adults, and boost county employees' salaries.

Jefferson and Gulley have feuded during their campaigns, culminating in harassment complaints filed by Jefferson that accused Gulley of having him followed and calling his employer. She denies the allegations as "outlandish."

The district includes parts of Jacksonville and North Little Rock.

Justice of the Peace Staci Medlock is seeking a fourth term. She's a resident of North Little Rock and is a real estate agent, according to her website.

The Arkansas Democrat-Gazette was unable to reach Medlock for an interview about her candidacy by Friday evening.

A biography on her website says she was named "Realtor of the Year" by the North Pulaski Board of Realtors and has served on many local boards and associations. She was "Mrs. North Little Rock" in 2012 and 2013.

Her opponent for the District 15 seat is Shay Tidwell, 41. Tidwell lives in the Lakewood neighborhood and works as a bail bonds agent, which she said would inform her service if elected.

"I get a chance to see firsthand the problems at the jail, the problems in the court -- and I listen, and take notes of concerns and complaints," she said.

Her priorities if elected include addressing problems at the jail, such as overcrowding, and building trust among police officers and their communities.

She also wants to partner with local institutions such as the school board to help young people, and with cities, to attract more businesses to her area.

CORRECTION: Former Rep. Sharon Dobbins is originally from North Little Rock. Dobbins’ hometown was incorrect in an earlier version of this story.