Regulator, $2M in campaign money at hub of case against magnate, associates by GARY D. ROBERTSON The Associated Press | February 16, 2020 at 4:38 a.m. 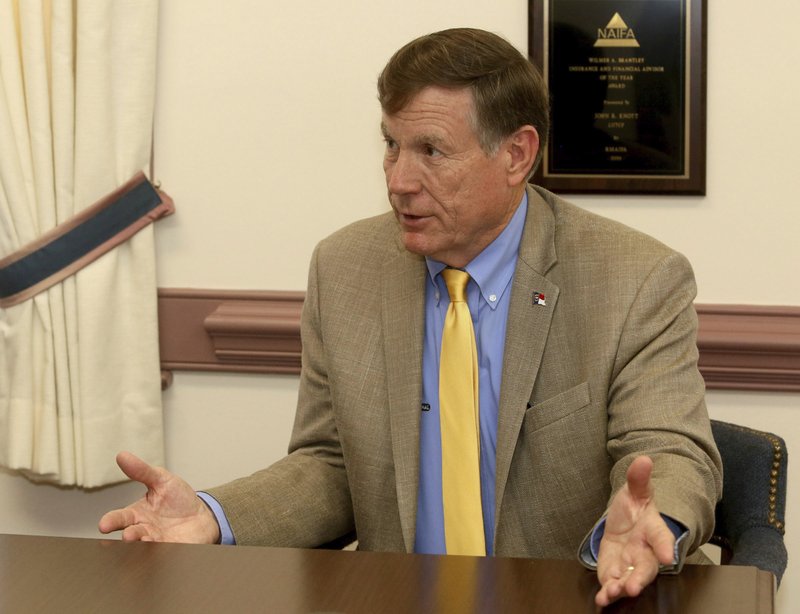 RALEIGH, N.C. -- An insurance company magnate and two associates go on trial this week on charges that they conspired to bribe an elected North Carolina regulator with up to $2 million in campaign money so scrutiny of his businesses would ease.

The trial begins Tuesday with jury selection in Charlotte federal court. State Insurance Commissioner Mike Causey, the focus of the defendants' reported scheme, is a Republican whom prosecutors said alerted law enforcement voluntarily about Lindberg and Gray and agreed to cooperate with authorities.

All three defendants have pleaded innocent. Recent court filings suggest that they're expected to argue that their activity didn't meet the definitions of "honest services fraud," or that they were unlawfully entrapped by Causey.

A brief filed by Palermo's lawyers previewing his defense said the government recorded more than 80 hours of "consensually monitored telephone calls and in-person meetings between Causey, the defendants and others."

Prosecutors described a case in which Lindberg sought to replace or later work around a senior deputy commissioner within Causey's office whose job it was to scrutinize Lindberg's Global Bankers Insurance Group.

According to Palermo's brief, in late 2017, Lindberg was angry with lending limits that deputy Jackie Obusek was placing upon Global Bankers, leading to several heated exchanges between them. Meetings ensued between the three defendants and Causey, according to the indictment. By January 2018, the government said, Causey had contacted law enforcement officials.

During a March 2018 meeting in Statesville with the now defendants, Causey agreed with an earlier suggestion that he could hire Palermo to replace Obusek or become her boss, the indictment says.

According to the indictment, Causey then spoke alone with Lindberg and asked, "What's in it for me?" Lindberg responded that he would create an independent expenditure committee to support Causey's 2020 reelection and give as much as $2 million, the indictment says.

Lindberg ultimately wrote checks for two such committees totaling $1.5 million, according to prosecutors, while another $250,000 would move through the state Republican Party to benefit Causey.

Causey later backed off hiring Palermo and agreed instead to move oversight of Lindberg's companies to another division head, the indictment said.

Lawyers for Palermo and Lindberg said Cogburn should keep out of court evidence of Palermo's potential hiring by Causey since it never happened. No bribe occurred because there was "corrupt intent" in asking that Obusek be replaced, Palermo's attorneys wrote, since the defendants "just felt Obusek was not qualified to be administering the regulations." But the government responded that the scheme to replace Obusek with Palermo is "intrinsic evidence of the honest services fraud conspiracy."

Campaign finance reports show Lindberg, a registered independent from Durham recorded as voting only once, gave more than $5 million since 2016 to North Carolina candidate and party committees and independent expenditure groups.

The donations have gone in part to groups that supported GOP Lt. Gov. Dan Forest and then-Insurance Commissioner Wayne Goodwin, who is now chairman of the state Democratic Party. Neither Goodwin nor Forest has been accused of crimes.

The U.S. attorneys also want to offer evidence about political contributions for others besides Causey, including someone the government has identified as "Public Official A." Public records and Gray have identified that official as U.S. Rep. Mark Walker, R-N.C.

The indictment said Walker spoke twice to Causey on Lindberg's behalf. Walker was never a target of the investigation and committed no wrongdoing, Walker's spokesman has said.