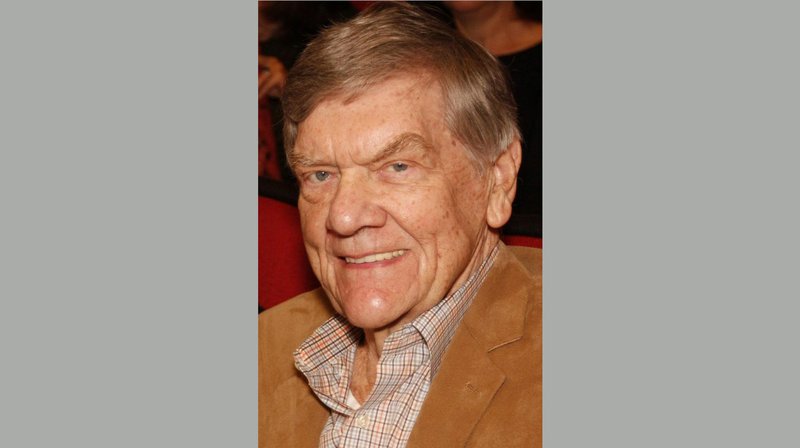 Wayne Cranford stood 6 feet, 4 inches tall, but he loomed larger than that over the history of advertising in Arkansas.

"I think he made advertising in Arkansas," said Jay Cranford, who added that his father's agency went beyond Arkansas with also clients in New Orleans, Atlanta and Memphis.

"Wayne Cranford's vision, imagination and integrity made him one of the most respected leaders in the advertising industry -- not just in Arkansas, but across America," said former President Bill Clinton.

Wayne Cranford, 87, died of complications from a recent surgery.

He was born at Bald Knob on New Year's Day in 1933, the son of Rachel Cranford, an elementary school teacher, and Benjamin Cranford, a carpenter.

Wayne Cranford finished high school at Bald Knob at the age of 16 and earned a degree from Arkansas State Teachers College (now the University of Central Arkansas) in Conway when he was 19.

He went home to Bald Knob to teach high school English, where some of his students were older than he was, said Jay Cranford.

When he was 22, Wayne Cranford moved to Little Rock, where he worked in journalism, publicity and advertising.

Cranford and a co-worker, Jim Johnson, decided to leave their jobs at the Hockersmith Agency and form their own agency. At Cranford Johnson, Cranford was the copywriter and Johnson was the art director.

"He was the Lone Ranger, and I was Tonto," Johnson said. "We had a great time together. We were always close friends. We never had an argument. He was very calm, very decisive. He helped a lot of people start their careers."

Wayne Cranford married Frances Anderson of Pine Bluff, who was Miss Arkansas in 1961 and first runner-up to Miss America. They had three sons: Jay, Ross and Chris, who are now partners in their own Little Rock ad agency called Cranford Co.

Brenda Scisson worked for the Cranford Johnson agency for 22 years beginning in the mid-1970s.

"Wayne Cranford brought big-time Madison Avenue-style advertising to Arkansas," Scisson said. "We have him to thank for that. Wayne in his heyday, I'm telling you, we've never seen the likes of it. His agency represented all the powerful companies, corporations, businesses and politicians. This was before the day when politicians went to specialized political consultants. They all went to Wayne Cranford -- Dale Bumpers, David Pryor, Bill Clinton, Jim Guy Tucker."

In 22 years, Scisson said Wayne Cranford never said an unkind word to her.

"He was a fabulous leader," she said. "He hired good people, and he let them do their job."

Mack McLarty, who served as Clinton's White House chief of staff and as chief executive officer of ArkLa Inc., said he was friends with Wayne Cranford for over 40 years.

When the McLartys moved from Hope to Little Rock around 1974, they had the good fortune to be neighbors of the Cranfords, McLarty said. An alley separated their backyards. McLarty's two sons played with the Cranford boys, and the families often dined together.

"That was the beginning of a deep and rich friendship, and boy has it been a meaningful one," McLarty said. "Wayne was a towering figure, not just in the term of stature. ... I think it's fair to say that he and Jim Johnson built Cranford Johnson into one of the truly leading advertising agencies in the South and the country. Did they ever add luster to Arkansas.

"Everybody who was in business knew Cranford Johnson," McLarty said. "That was a FedEx-type name. It was a brand, and it stood for excellence."

McLarty said Cranford was "thoughtful and measured" with words. That meant when Cranford spoke, people knew he had something to say and they'd better listen, McLarty said.

Clinton named Wayne Cranford to chair the Advisory Committee on the Arts for the John F. Kennedy Center for the Performing Arts. He served in that capacity from 1994 to 2001.

"Hillary and I treasured every moment we shared with Wayne and Frances, and I'll always be grateful for his more than 40 years of friendship, as well as his outstanding service as chair of the President's Advisory Council on the Arts," Clinton said.

In 2012, Wayne Cranford was inducted into the Arkansas Business Hall of Fame at the Sam M. Walton College of Business at the University of Arkansas, Fayetteville.