Flowers, Elliott weigh in on Medicaid, other issues 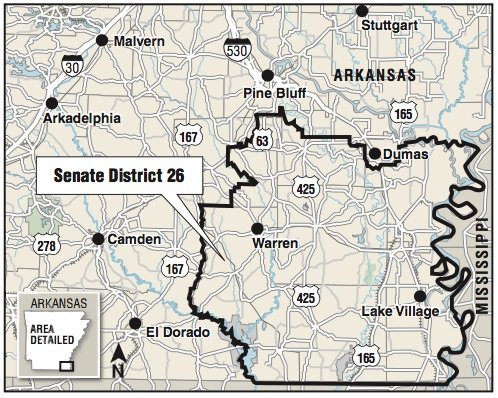 In his bid to oust state Sen. Stephanie Flowers of Pine Bluff, former state Rep. Efrem Elliott of White Hall said he wants to push to allow public employees to work fewer years before they can retire with full retirement benefits.

He said he also wants to expand affordable housing and create mentoring programs for high school and college students.

Flowers said if she is reelected, she will continue to protect and support public schools, colleges and universities; the state's Medicaid expansion program; services for senior citizens, public safety and economic development; and road and highway improvements.

Elliott and Flowers are vying for the Democratic nomination in Senate District 25 in the March 3 primary. It is a rematch of their 2012 race, which Flowers won. The winner of the primary election is unopposed in the Nov. 3 general election.

Flowers has served in the Senate since 2011 and was in the House of Representatives from 2005-11.

They are vying for a two-year term instead of the usual four years because of redistricting after the 2020 U.S. census.

Elliott said voters should cast their ballots for him because "we have better ideas on moving this district forward.

"I think for a long time this district has been stagnated because of the lack of new leadership," he said. "With the changing of the guard, we are going to work with everybody."

Flowers said, "I don't have a response to such a general statement, as I am not aware of his better ideas or the stagnation he suggests leadership has caused."

Flowers said she has demonstrated her capability, judgment and compassion in representing her constituents by supporting state laws for their welfare.

"I am familiar with state-supported services and the appropriation of taxpayer dollars that benefit the people of Senate District 25, and will continue to support those services and appropriations," she said. "I am honored to have the endorsement of the Arkansas Education Association, and the financial support of many other organizations and individuals" who live in the district.

Elliott, 52, is a Pine Bluff police officer who has served as the police chief in Gould and Altheimer; chief of security for Jefferson County juvenile court; and an aide to then-U.S. Rep. Mike Ross. In 2014, Elliott lost a bid for the Democratic nomination in House District 16 to Rep. Kenneth Ferguson of Pine Bluff.

Flowers, 66, is an attorney who has practiced since 1982, with the first nine years in Houston, Texas, and then in Arkansas since 1991. She served as a deputy prosecuting attorney in juvenile court in Jefferson County for one year in 1994.

Flowers drew national attention in March for her remarks against a stand-your-ground bill that failed to clear the Senate Judiciary Committee. Her remarks were viewed more than 10 million times on the internet over a weeklong period.

Elliott said he would reduce from 28 years to between 20 and 25 years the length of time that state employees, teachers, law enforcement officers and other public employees have to work to attain full retirement benefits.

He said he has not conducted a feasibility study regarding the cost to taxpayers, but that new employees would have to pay more into their retirement systems.

Elliott said Senate District 25 needs more affordable housing to attract teachers and others to the area. He wants the state to bring together cities and counties to achieve that goal.

Elliott lamented that the University of Arkansas at Pine Bluff and Southeast Arkansas College in Pine Bluff are turning out graduates who then leave the district. He said a mentoring program is needed to persuade those graduates to stay in the district.

As for Medicaid expansion, Elliott said he'll have to take a closer look at the details of the state's program before he can take a position on it.

The program is known as Arkansas Works, and it provides health care coverage to about 246,000 low-income Arkansans. Arkansas' work requirement for some of its participants was struck down by a federal judge in Washington, D.C., in a 2019 ruling that's now on appeal by the state and federal government.

Flowers said she supports the program. She said she voted in 2013 for starting it and for reauthorizing it every year since because it is important to the health of Arkansans and the viability of rural hospitals.

As for highways, Elliott and Flowers said they intend to vote for Issue 1 in November. Issue 1 is a proposed constitutional amendment that would permanently extend the state's 0.5% sales tax that voters approved in November 2012 for a 10-year period. State officials projected it would raise about $205 million a year for highways and about $44 million a year each for cities and counties for roads.

"That will help, but it is not enough to cover the continuing needs," she said.

On the issue of abortion, Elliott said he wouldn't vote for additional restrictions. "With my Christian faith, I don't believe in [abortion]," he said, "but I also think it's a woman's choice to make those decisions."

Flowers said she supports a woman's right to make decisions concerning her own body and her circumstances, and "I believe there should be safe options if she chooses abortion."

Elliott reported raising $8,035 in contributions and spending no money through Dec. 31. Elliott said he paid the $4,500 filing fee to the state Democratic Party to run and he had thought an aide had reported that expenditure on his campaign-finance report. 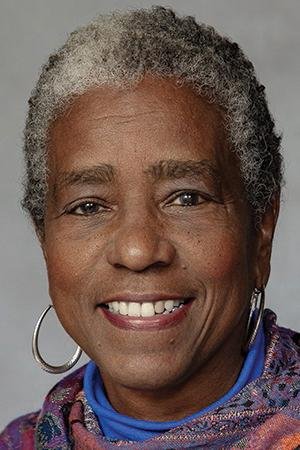 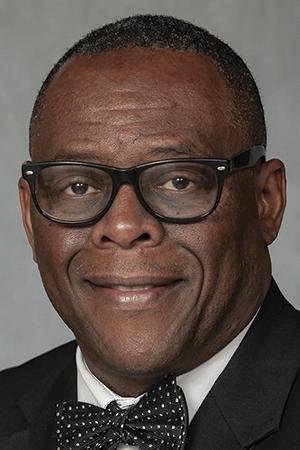 Print Headline: Flowers, Elliott weigh in on Medicaid, other issues