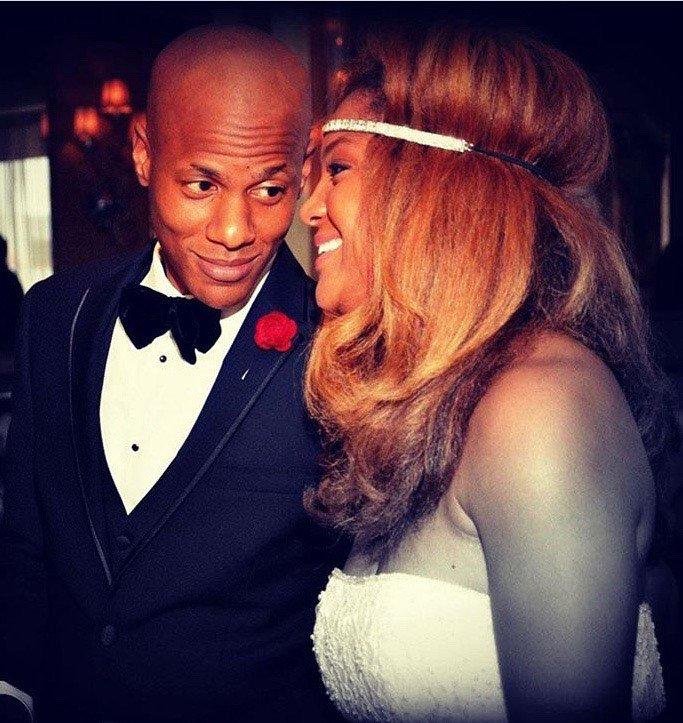 Marcus Lewis and Andrea Hogan were married on Sept. 19, 2015, at 1620 Savoy and they celebrated their nuptials with a brunch reception. “It sounds too cliché, really, but it was the happiest day of my life,” Andrea says. (Special to the Democrat-Gazette)

A snapshot taken of Andrea Hogan during a fun girls' night out launched a whirlwind romance.

Andrea had gone out with friends to celebrate someone's birthday in June 2014, and the requisite happy pictures were taken and posted to social media.

She says: “I said he was too skinny, and we would only be friends.”

He says: “I felt like I already knew her. And I loved her hair.”

She says: “It was calm, and I felt at peace. And it was brunch — I love chicken and waffles and mimosas.”

He says: “I knew this was the last wedding I was ever going to be a groom in.”

She says: “Put God first and just make the decision that divorce is not an option.”

He says: “Put God first and surround yourself with positive people.”

Marcus Lewis, scrolling through his Instagram feed the next day, saw a group of women he knew -- posing with one he didn't.

He got in touch with his friend to ask the identity of the woman in the white T-shirt who was in the picture with her. Of course, knowing Andrea's name was not enough -- he needed to meet her, and therefore he wanted her digits. Andrea's friend wasn't giving up any contact information without talking to Andrea first, so she sent a text to see if it would be OK for her to share.

"I was like, 'Whoa, wait a minute. What's his Instagram handle? Because I need to see first before you just go and give him my info,'" Andrea says. "I looked at his page, and I recognized people that I knew."

She saw a picture of Marcus with his parents, a couple she knew from church. And there was a birthday shout-out to his aunt, a woman Andrea worked with. There was also Andrea's friend, who had known Marcus since junior high school.

"So that made me feel better. I was like, 'OK, these are my people,'" Andrea says.

Marcus texted Andrea within five minutes of getting her phone number. They texted back and forth all day and decided to meet the following Wednesday, she thought for a movie.

Andrea washed her hair that night and picked out a cute outfit to wear, but at the last minute, Marcus suggested they climb Pinnacle Mountain instead, so she donned exercise clothes and headed out.

"My mom and my friends were nervous because I was going to meet a stranger to climb the mountain," Andrea says.

Marcus had just wanted to keep her on her toes.

"I just wanted to throw a curveball," he says. "I don't like to do things the conventional way."

There wasn't a cloud in the sky when they started up the mountain, but halfway to the summit a sudden thunderstorm hit, and as lightning struck around them they scrambled back to his truck.

"When it started storming, I thought it was a sign," says Marcus, who thought things might end badly. "I just thought, 'Oh, what does this mean?' You know, always looking for something wrong.'"

But they laughed about the weather and they went out for pizza.

On a later date, they went to Senor Tequila in Maumelle, where Andrea lived at the time, and they sat for hours after eating.

"We had a whole lot to talk about," Andrea says. "We just had good conversations."

Both were divorced, and both had children. Marcus' daughters, Saniya and Zari are now 13 and 11. Andrea's son, Hogan, is 8.

They didn't meet each other's children for a while, but after they did, family activities became the norm when they were together.

Andrea told Marcus in no uncertain terms that they would not discuss marriage until after they had dated for an entire year. Marcus had already made up his mind, though, that Andrea was the woman for him.

"A lot of people say what they want and they know what they want and they're looking for this and they're looking for that," he says. "I knew what I didn't want and everything I didn't want, she wasn't doing. It was just the whole thing of her family dynamic lining up with mine, a lot of similarities in how we were raised, she was career-oriented, she was educated, she was articulate -- it was everything."

He shopped for a ring before he was supposed to, and after picking it up from Sissy's Log Cabin, he could not wait to give it to her. He showed up at her office one afternoon 10 months after their first date, and when she came outside to see what he wanted, he popped the question. She said yes -- and then she had to go back inside and finish her workday.

"It was so random," she says with a laugh.

"It was a brunch theme, and it was a Saturday at 11 o'clock," Andrea says. "It was just the wedding party -- the kids and our nieces and nephews. My brother-in-law married us -- Marcus' sister's husband -- and all the people there were our closest friends, our parents, the kids."

The following Monday they left for their honeymoon, a week split between Los Angeles and Las Vegas.

He still does things unconventionally, and Andrea doesn't mind that at all. 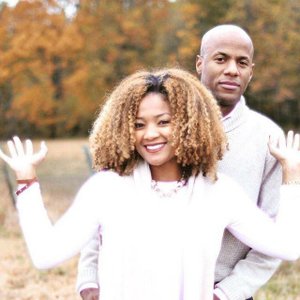 Andrea and Marcus Lewis met after he saw her picture on Instagram. “I knew the other people, and I didn’t know her,” Marcus says. “So I wanted to know her. I said to myself, ‘I have to meet her.’” (Special to the Democrat-Gazette)

Print Headline: Instagram photo convinced him she was the one