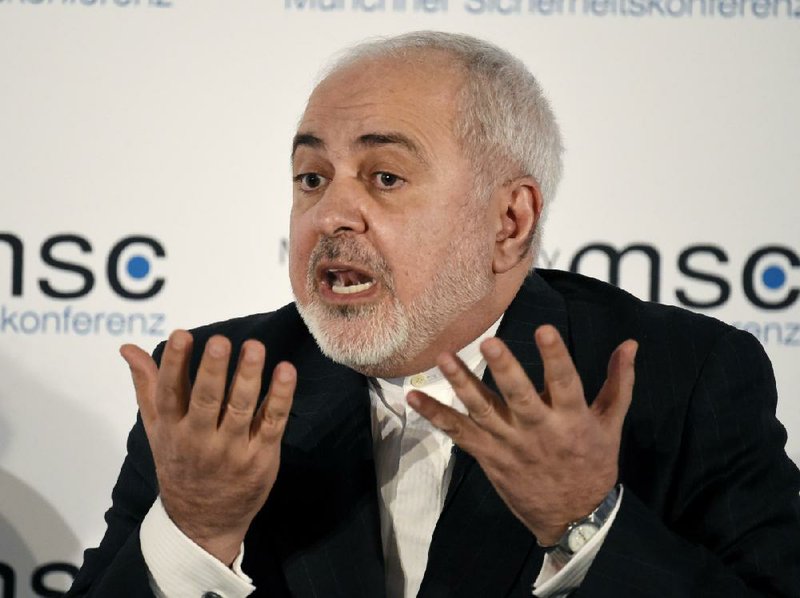 MUNICH -- Iraqi Kurdistan's prime minister said the U.S. killing of Islamic State leader Abu Bakr al-Baghdadi has not affected the extremist group's ability to operate and he warns that the militants are resurgent.

Masrour Barzani, also the region's security chief, said that the organization is "regrouping" and mounting attacks in northern and western Iraq. He spoke Saturday to The Washington Post on the sidelines of a security summit in the southern German city of Munich, where he said he had reiterated Kurdish concerns to Secretary of State Mike Pompeo when they met a day earlier.

Barzani's warnings come against the background of his government's efforts to urge the United States to find a way to maintain a troop presence in Iraq, after political backlash in Baghdad over the United States' targeted killing of top Iranian commander Gen. Qassem Soleimani on Iraqi soil last month.

Soleimani's slaying -- which was precipitated by the death of an American contractor and followed with an attack on an Iraqi military base hosting U.S. troops -- escalated tensions in the region. Speaking at the security conference Saturday, Iranian Foreign Minister Javad Zarif said the American action had worked in Iran's favor by increasing Iraqi discontent with the U.S. troop presence in Iraq.

"Martyr Soleimani is much more effective than General Soleimani," he said.

Zarif also said President Donald Trump is receiving bad advice if he believes an American "maximum pressure" campaign against his country will cause the government in Tehran to collapse.

The Iranian minister cited Trump's decision to pull out unilaterally in 2018 from Iran's nuclear deal with the U.S. and other world powers. Trump said the landmark 2015 accord didn't address Iran's ballistic missile program or regional activities and needed to be renegotiated.

Since then, the reimposition of U.S. sanctions has taken a severe toll on the Iranian economy and sent Iran's currency plunging.

Since the U.S. withdrawal, the deal's other signatories -- Germany, France, Britain, Russia and China -- have struggled to come up with ways to offset the effects of the new American sanctions.

Washington has pressured the other countries to abandon the deal entirely.

Pompeo said in Munich earlier Saturday that while there may be disagreements on what to do with the the Iran nuclear deal, known as the Joint Comprehensive Plan of Action, "when I talk to my counterparts here in Europe, everybody gets it."

"Everyone understands that these are folks who continue to build out their nuclear program," Pompeo said. "So there's a common understanding about the threat; we have tactical differences on how to proceed."

On Soleimani's killing, Barzani said that "any sort of escalation of tension in the area is not helping the stability." "We hope that all sides will think about deescalating the confrontation and focus on fighting terrorism in the area, which is which should be the priority," he said.

About Iraq, NATO said last week that it will pick up some of the training activities in that country currently run by the U.S.-led coalition, but details of exact troop reorganization and numbers have not been worked out.

"The militaries of the coalition and NATO will coordinate and determine how we can expand NATO's efforts to support the Iraqi security services," U.S. Defense Secretary Mark Esper said Friday at the security summit.

"It is imperative that we maintain unrelated pressure on ISIS in Iraq and Syria, just as we hope the Iraqis to do so in the long term," he said.

Although Iraq's security forces are taking the lead on fighting ISIS, Iraqi and U.S. military officials say that coalition intelligence and aerial support remains crucial to the overall effort.

Iraq announced earlier this month that the coalition had resumed operations alongside the country's security forces, after a brief suspension in the wake of Soleimani's killing. Western officials, along with some Iraqi officials, had raised concerns over the possibility that ISIS militants might take advantage of any disruption in the capacities arrayed against it.

Since the fall of their caliphate last year, the Islamist militants have been mustering in ungoverned spaces that security forces struggle to penetrate -- in Syria they are lying low in the desert, officials say. In Iraq, the largest group appears to be concentrated in the no man's land between Kurdish security forces and those from federal Iraq.

Kurdish commanders put the number of fighters there as high as 3,000, while the U.S. military believes it is closer to 500, operating in small cells and without close coordination.

For the most part, their attacks have been small-scale, using rudimentary explosives, or taking opportunistic potshots at security forces as they pass.

Barzani said that Islamic State attacks now exceed 60 a month, according to the regional government's figures. "Now they are more acting as insurgents and as, you know, covert operations and mainly just trying to blend in," he said. The coalition said earlier this month that the number of attacks claimed by the Islamic State in the final months of 2019 had roughly halved when compared with figures from the previous quarter. But it was unclear how many attacks the coalition had recorded in the opening months of 2020.

Asked whether al-Baghdadi's slaying had been seen to affect Islamic State morale, Barzani said "maybe at the beginning."

"But we haven't seen any major change," he said.

The Kurdish leader said he hoped that Washington and Baghdad can work out a mechanism for troop numbers to be maintained. "Anything that would allow and would permit the presence of this forces in the region, which we believe is essential in combating terrorism," he said. The presence of European forces are "very much tied with the presence of the United States," he said.

Meanwhile, Esper said Saturday that a truce agreement between the United States and the Taliban that could lead to the withdrawal of American troops from Afghanistan is not without risk but "looks very promising."

Ahead of a formal announcement of the seven-day "reduction in violence" deal, Esper said it was time to give peace a chance in Afghanistan through a political negotiation. He spoke a day after a senior U.S. official said the deal had been concluded and would take effect very soon.

Expectations are that an agreement will be formally announced today and that the reduction in violence will begin on Monday, according to people familiar with the plan.

"So we have on the table right now a reduction-in-violence proposal that was negotiated between our ambassador and the Taliban," Esper told an audience at the conference. "It looks very promising."

"It's my view as well that we have to give peace a chance, that the best if not the only way forward in Afghanistan is through a political agreement and that means taking some risk," he said. "That means enabling our diplomats and that means working together with our partners and allies on the ground to affect such a thing."

Esper and Pompeo met Friday at the Munich conference with Afghan President Ashraf Ghani, who has been skeptical of the plan, which, if successful, would mean an end to attacks for seven days and then the signing of a U.S.-Taliban peace deal. All-Afghan peace talks would then begin within 10 days as part of the plan, which envisions the phased withdrawal of U.S. forces over 18 months.

Ghani said it was impossible to know whether the Taliban might take advantage of a drawdown in American military power in Afghanistan to reassert its their own presence, but said the only way to find out was to "engage in the peace process."

"The critical test is going to be: will the Taliban accept an election?" Ghani said.

He rejected the idea that the Taliban could be granted greater influence in certain regions of Afghanistan, saying it was "antithetical to the Afghan vision because we are a unified country."

In remarks later to a group of reporters, Esper declined to say whether the U.S. had agreed to cut its troop levels in Afghanistan to zero. He said if the seven-day truce is successful and the next step toward Afghan peace talks begins, the U.S. would reduce its troop contingent "over time" to about 8,600. There currently are about 12,000 U.S. troops in the country.

NATO chief Jens Stoltenberg said at the security conference that he also supported the plan but stressed that the alliance's mission in Afghanistan would continue in the short- and medium-term.

"We are not leaving Afghanistan but we are prepared to adjust our force level if the Taliban demonstrates the will and the capability to reduce violence and make real compromises that could pave the way for negotiations among Afghans for sustainable peace," he said.

Information for this article was contributed by Loveday Morris, Louisa Loveluck and Souad Mekhennet of The Washington Post; and by David Rising, Robert Burns and Matthew Lee of The Associated Press.