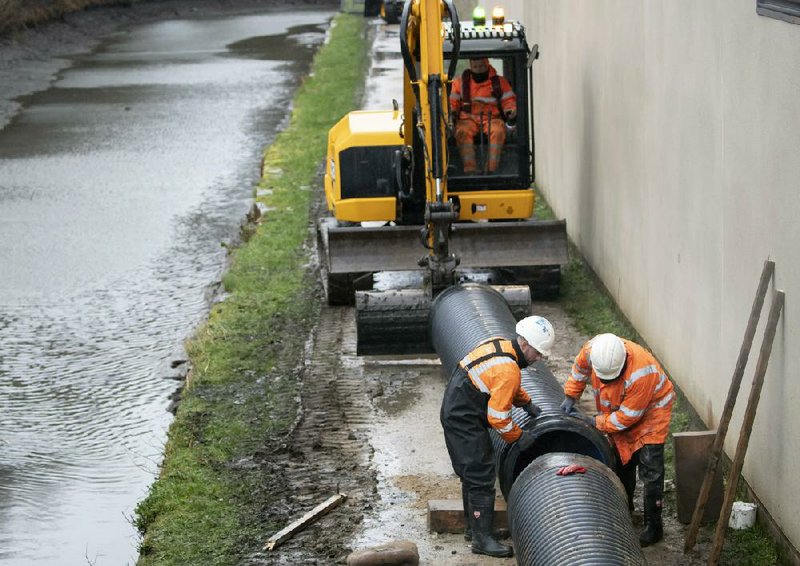 LONDON -- Enormous waves churned across the North Atlantic on Saturday as Britain braces for a second straight weekend of winter weather and flooding that's already seen the army deployed to help out residents in northern England and the Royal Navy assist in a search and rescue operation.

Heavy rain and strong winds are moving across Britain, and are expected to afflict all parts of the country, including areas of northern England already suffering from last weekend's storms.

The fourth named storm of the season, dubbed Dennis by Britain's Met Office weather service, prompted widespread travel disruptions and had the potential to cause more damage than last weekend's Storm Ciara given the already saturated ground in much of the country.

The body of one man was pulled out of the sea by a lifeboat from the Royal National Lifeboat Institution and followed a seven-hour search that involved a Royal Navy vessel. The search commenced before dawn after a distress call came from the B Gas Margrethe, a Maltese tanker that had been anchored off the coastal town of Margate.

Police said they were trying to establish the man's identity. In a separate incident, the body of a second man was pulled from the sea in the afternoon. Authorities said the death was not being treated as suspicious.

The Met Office had 31 flood warnings in place around England, which means flooding was expected over the weekend. Another 26 were issued in Scotland and six in Wales.

The storm was expected to deepen late Saturday and today, with all parts of the country potentially in the line of fire.

Officials urged people to take all possible precautions. Hundreds of flights were cancelled. Easyjet cancelled about 230 flights in and out of Britain as wind speeds were set to hit 70 mph.

Train service also was significantly disrupted. The travel chaos affected tens of thousands of passengers on what would typically be a busy travel day for British families since most schools are closed next week for mid-winter break.

Much of the concern about storm dangers focused on northern England, which suffered during Storm Ciara. At least eight people were killed across Europe during that storm.

On Saturday, about 75 British army personnel and 70 reservists were helping out stretched communities in the flood-hit Calder Valley region in West Yorkshire, constructing barriers and repairing damaged flood defenses.

"Our armed forces are always ready to support local authorities and communities whenever they need it," Britain's Defense Secretary Ben Wallace said. "The rapid response of the Army today will help with provision of flood relief to local communities in West Yorkshire." 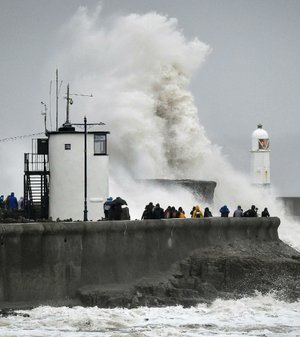