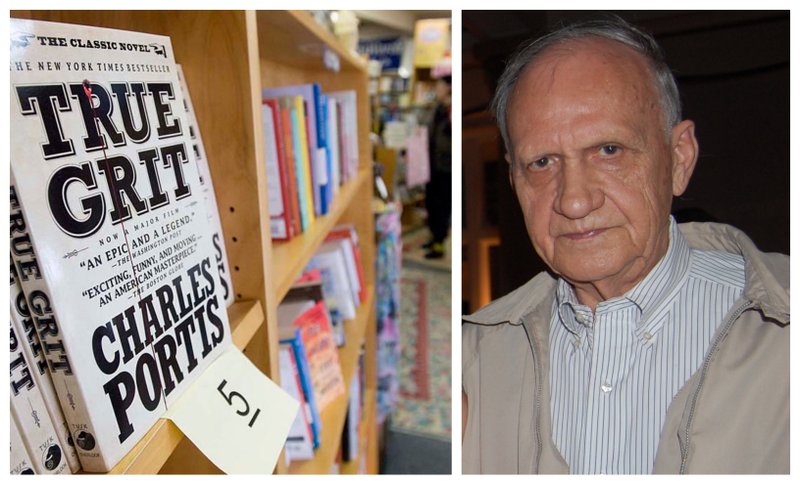 'True Grit' and Charles Portis are shown in these file photos.

Charles Portis, an Arkansas native best known for his 1968 novel True Grit, died on Monday at a Little Rock hospice facility. He was 86.

The cause was complications from Alzheimer’s disease and dementia, which was diagnosed in 2012, said his brother, Jonathan Portis.

True Grit, the story of fictional 14-year-old Mattie Ross from Yell County, Ark., who recruits U.S. Marshall Rooster Cogburn to avenge the murder of her father, was made into a 1969 movie of the same name starring the legendary John Wayne and fellow Arkansas native Glen Campbell. A remake of the film starring Hailee Steinfeld and Jeff Bridges in 2010 was produced by Steven Spielberg and directed by Ethan and Joel Coen.

Portis, who was uncomfortable with the fame that resulted from his literary success, rarely granted interviews, balked at being photographed and lived quietly in an apartment in Little Rock’s Riverdale area.

“He had this great amount of success with ‘True Grit.’ I think it didn’t sit well with him,” said Jonathan Portis. “He didn’t like to attract attention. He was comfortable around his friends, but shy around strangers. He preferred to go as an unknown person because he was a people watcher. He would hear snatches of conversations or see people who had a particular look and he would take note of that. You’d see them in his books.”