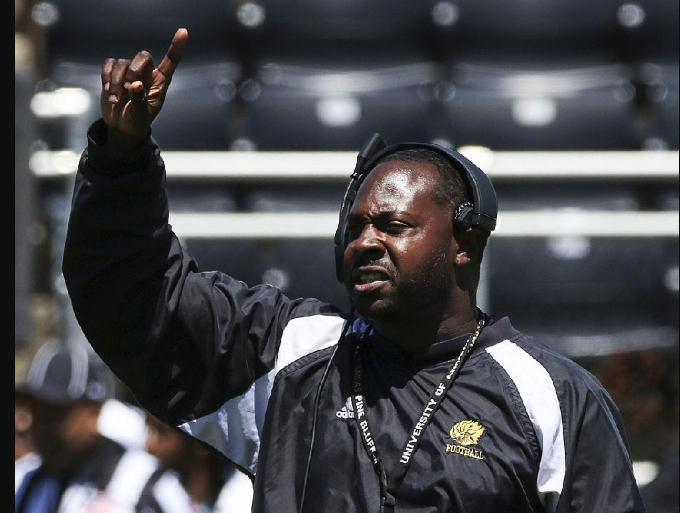 Thomas, a former cornerback at UAPB who returned to lead his alma mater in late December of 2017, finishes his two-year stint 8-14. That included a 6-5 campaign in 2019, the Golden Lions’ first winning season since 2012.

UAPB Athletic Director Chris Peterson told the Arkansas Democrat-Gazette on Monday that Thomas is headed to the University of Southern Mississippi and is expected to coach the secondary.

“This was a very difficult decision for me and my family because of the deep love I have for my alma mater,” Thomas said in a statement. “When enrolling here as a student-athlete in the fall of 1998, I could not have envisioned the impact this university would have on my life. I’ve said it many times and I will continue to express it -- UAPB saved my life when I came to Pine Bluff because of what many individuals on this campus and in this community poured into me as a young man.

“I was extremely blessed to have the opportunity to come back and give back as head coach of this proud program and will be eternally grateful for the support of Golden Lion nation.”

Peterson, who’s been on the job as athletic director less than four weeks, said he intends to keep the current coaching staff in place for the foreseeable future.