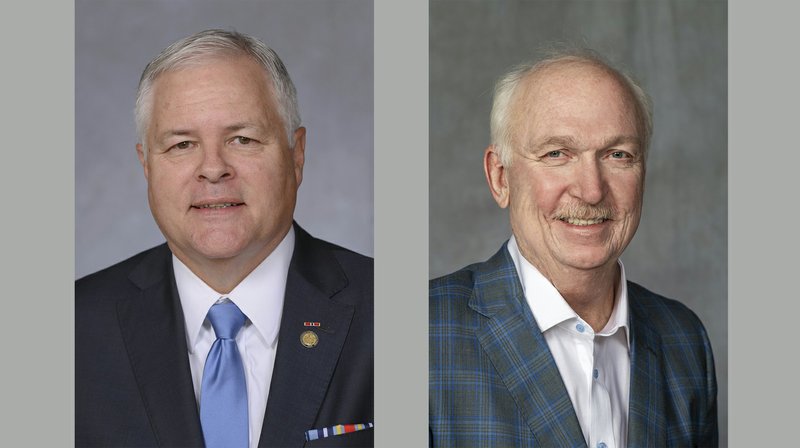 The two Republicans hoping to represent most of Jonesboro in the Arkansas House of Representatives disagree about education policy and whether the state should permanently extend its half-percent sales tax for road funding.

The candidates are split in their view of Issue 1 on the November ballot that would make permanent the half-percent sales tax that had been set to expire in 2023, after 10 years. Voters approved the tax in 2012 on a temporary basis.

Smith, the House Republican whip, voted to refer the constitutional amendment to make the sales tax permanent, but not because he supports it.

“I voted to refer it to the people not because I’m going to vote for it; I’m going to oppose it,” Smith said. “I think we need to do a better job with our spending, but I wanted people to have a choice and give the people a chance to determine: Do we want to extend this or not?”

“If it doesn’t pass, I think they’ll have to dip into the general fund, which would eventually dip into education,” Yarbrough said. “Also, Jonesboro has grown to the point we have to get some new infrastructure here. Infrastructure comes into play when companies are thinking about relocating to a place.”

The winner of the March 3 Republican primary will face Democrat Jim Burton of Jonesboro in November’s general election.

Smith, 60, is a professor who teaches online business classes for Liberty University. He has held the District 58 seat since 2015. He has also been a Christian missionary to east Asia and the Middle East in addition to serving as a social scientist for the U.S. Army in Iraq.

Yarbrough, 61, has owned and run his family’s car dealerships in northeast Arkansas. He also said that he has a farming operation.

Yarbrough, who previously served on the Valley View School Board in Jonesboro, said he had always been involved in politics, but he had reached a point where he had more time to dedicate to serving in an elected office. He said that there was no particular action or vote that Smith had taken that prompted him to challenge the incumbent.

“I believe that better cooperation is needed between the district up here and the city of Jonesboro and the county of Craighead,” Yarbrough said. “Not that it’s lacking now, but I think I can help facilitate more cooperation.”

Smith cast himself as more conservative than Yarbrough, and he encouraged voters to check his record.

“For the voter that’s undecided, if you consider yourself a conservative Republican, you should vote for me because of my voting record,” Smith said. “I’ve cast approximately 6,000 votes, not including committee votes. If someone wants to know where I stand on all the issues, all they have to do is look me up on the Legislature’s website. My record is there for three terms.”

Smith said he and Yarbrough disagreed on whether Arkansas should pass a law that allows for the court-ordered seizure of firearms without a criminal conviction if a person is deemed a danger to himself or others. So-called red-flag laws have been enacted in other states in an effort to reduce gun violence.

Smith said he opposed such legislation.

“It does damage to our Second Amendment rights,” Smith said, arguing that such a law could be easily abused.

Yarbrough noted that he initially said he supported red-flag laws in a survey from a conservative political group because of the way the matter was framed. However, he said he changed his position after studying the issue more and talking to people on the campaign trail.

Like Smith, Yarbrough said such laws could be misused.

“That shows you the type of candidate and representative I could be,” Yarbrough said. “I can listen to the facts and to both sides and make a determination on what would be best for our district.”

The candidates also disagree about whether families should be able to use public dollars to pay for private school tuition. Several different voucher proposals have been proposed to no avail in recent years during legislative sessions.

Yarbrough said he opposes vouchers because of the impact such programs have on public schools.

“I’m a fan of the public schools,” Yarbrough said. “I stand with superintendents. They do a great job. I don’t think vouchers are the way to go because they weaken our public schools.”

Smith noted that his children had attended a variety of schools, and that he supported giving parents choices. He said he understood the concerns of public school officials, but thought voucher programs could be structured in a way that would not have a substantially negative impact on public education.

“We can still support our schools, but also give parents choice over where their child attends class,” he said. “I don’t think that it has to be either-or.”

He supported last year imposing a work requirement for able-bodied recipients of the coverage.

The work requirement was ultimately struck down by federal courts. State and federal officials are determining whether to appeal the rulings to the U.S. Supreme Court.

The work requirement mandated that program recipients, ages 19-49, spend 80 hours per month on work or other approved activities, like volunteering or job hunting. Those activities then had to be reported over the internet. An option was created in December for enrollees to report their work activities over the phone.

For the nine months it was in effect, 18,164 people lost their coverage. Those who failed to meet the requirement for three months during a year were booted from the program and barred from reenrolling for the remainder of the year.

“Able-bodied, adult-aged men with no children at home ought to be out looking for a job and earning their way,” Smith said.

“It just puts too much constraints on people, concerning their health care,” he said.

Both candidates described themselves as pro-life, opposing abortion except in narrow circumstances such as when the mother’s life is at risk.

The primary is March 3, and the general election is Nov. 3. 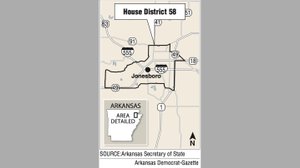