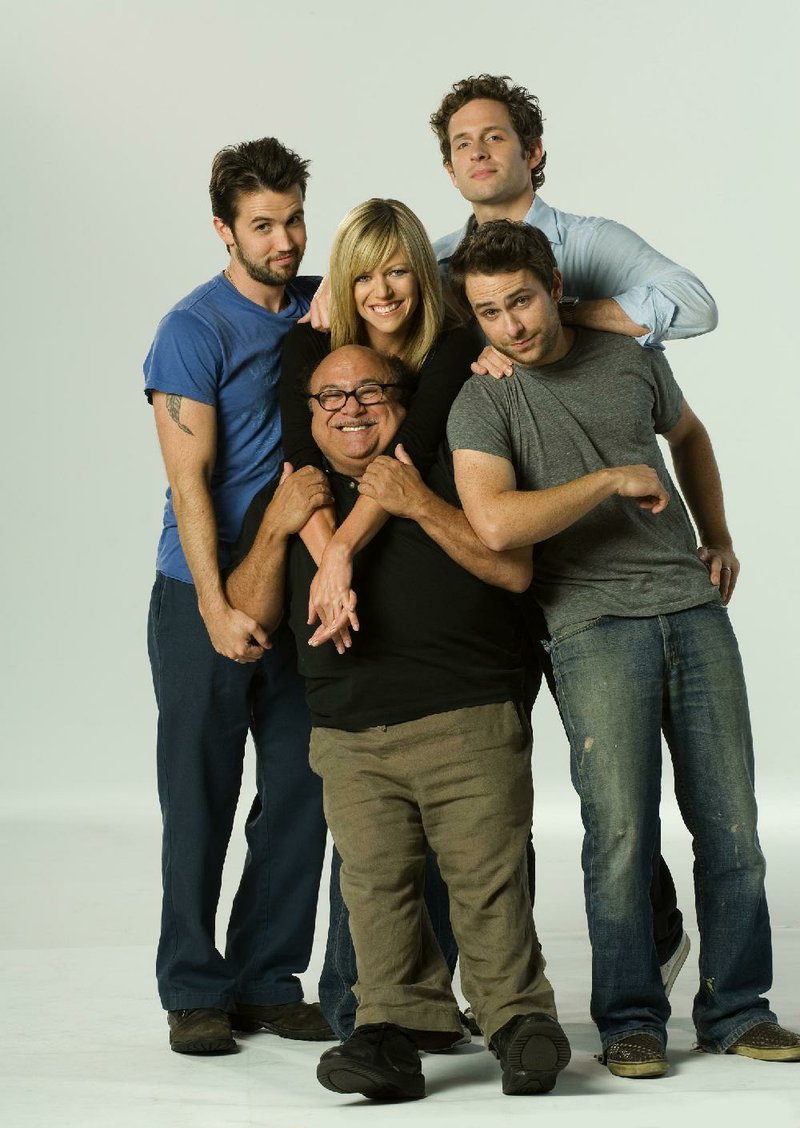 Game development has a certain mystique around it. Hidden behind the doors of large corporations, video games can appear on the market almost magically to fans unbeknownst of the rigorous work they involve.

Mythic Quest: Raven's Banquet, an Apple TV+ sitcom from the creators of It's Always Sunny in Philadelphia, pulls the curtain back with a comedic twist. The show debuted Feb. 7, and it revolves around a cast of fictional developers facing the highs and lows of game design when creating an MMORPG (massively multiplayer online role-playing game).

Although Mythic Quest doesn't dive deeply into how games are made, it treats its cast with a relatable tone that anyone with a boss could understand, through disagreements and personality clashes. By doing so, it humanizes the many faces of a development team.

"If we had talked about trends that are happening within gameplay, I'm not sure a general audience would understand that," said Ubisoft head of film and television Jason Altman, who pitched the show concept in The Washington Post. "But if we put it in a fun context, I think it lets people really understand that a little bit better and laugh at it."

Altman has been a game producer for 15 years, mostly with Ubisoft (who is also behind this show), although he also worked at Activision and a small startup. He has produced everything from fighting games to "Just Dance," giving him a wide breadth of experience, which he ultimately brings to the show. With video games plunging into mainstream appeal, he felt it was time to introduce game development culture to the big screen.

Altman looked back at the many personalities he has worked with in game development and felt it would be interesting to shed light on how people interact when tackling a turbulent, high-intensity project like video game creation. "All these different types of people working together so closely create a lot of great personality clash," he said. "So, I thought, you know what? There must be something there. I just thought it was really fertile ground to create a comedy for television."

Mythic Quest doesn't have many laugh-out-loud moments, but the personality clash element is present -- and it's one of the show's best qualities. The show starts off rocky, leaning into cliches, but finds its footing when the cast grows into their roles. Establishing these characters takes time, and the jokes land better when different shades to each personality are revealed.

Surprisingly, Mythic Quest's best episode isn't funny at all, nor is it trying to be. Titled "Dark Quiet Death," it rewinds decades into the past and focuses on a pair of characters completely separate from the main cast. But the tonal shift isn't jarring -- in fact, it's welcome -- especially once the dots connect and you grasp how it fits into the overarching themes of the show. The episode is about a young couple who kick-start a game franchise together. Once they attain critical success, however, their initial vision gets warped by the demands of market trends and commercial value.

"It originally started with us talking about doing something with marketing in video games, and how it's changed over the years and the push-pull of, you know, commercial interests versus creative interests," executive producer Megan Ganz said. "How sometimes they'll show gameplay in the commercial that doesn't exist in the game, and whether that's lying to the audience."

That idea felt dry to the writing team, and they pivoted toward making it not just a story about marketing, but a story about a romantic relationship. In "Dark Quiet Death," the husband and wife love each other, but more than anything, they love their creation. The episode cleverly humanizes a fascinating problem by portraying the video game as a child caught between squabbling parents who, Ganz said, "disagree over how that child should be raised."

McElhenney said the team discussed the possibility of portraying an external character who puts pressure on the couple, but in the end, it felt more natural to keep it centered on the two of them. "We were all discussing it and we realized the true devils should come from within and it shouldn't be some outside force," McElhenney said. "It should be something internal. There should be a cancer inside this relationship." Restricting that conflict so that it's mostly between the two characters was something McElhenney felt strongly about because of his own personal experiences in the entertainment industry.

"I see so often in our industry people blaming other people, executives, the public, their lawyers, the suits in their lives that have ruined their thing," he said. "But ultimately, it's not their fault. It's your fault. If you have corrupted your vision so much to placate other people's ideas of what it should be, then it might be sad and it might be tragic."

"There are so many obvious positive elements to the entire industry and then there's some very obvious negative elements," McElhenney said. "We wanted to hit both because otherwise if we defer to either side too much, we would end up pandering. And if we know anything about the gaming industry, the one thing that the community does not like is being pandered to."