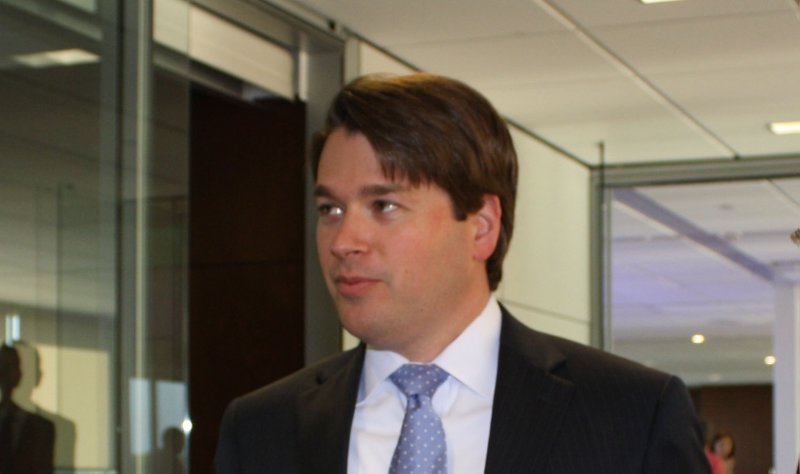 The system's rate of return in the quarter that ended Dec. 31 was 5.92% to rank among the top 20% of similar size public pension plans, the investment consultant Callan Inc. reported.

Since the end of the last quarter on Dec. 31, the value of the system's investments has increased to about $9.73 billion as of Wednesday, the system's chief investment officer Carlos Borromeo, said during a break in the trustees meeting.

The trustees also learned that the system recently settled for $65 million a class-action securities lawsuit in which it is the lead plaintiff. The class-action lawsuit is Baker vs. Seaworld Entertainment Inc., and the system was represented by the Kessler, Topaz, Meltzer & Check, and the Nix, Patterson & Roach law firms, according a system report. The system's chief legal counsel, Laura Gilson, said how much the system will receive under this settlement hasn't been determined.

The system's investments in diversified strategies increased in value by $12 million last quarter to $469 million with an investment return of 2.83%, Callan reported.

In calendar year 2019, the system's investment return was 20.9% to rank in the top 12% of similar size public pension plans, said Brianne Weymouth of Callan Inc.

"You have outperformed 88% of other public funds over the last year," she told the system's board of trustees.

"Because of the higher allocation that you had to equities versus some of your peers ... the fund is outperforming the median" for public pension funds over longer time periods, Weymouth said.

The system's target investment return is now 7.15% a year.

The system was 78.5% funded as of June 30 with an actuarial value of assets at $8.7 billion and total liabilities of $11.1 billion, the actuary reported in November.

A goal of the trustees is to reduce the system's unfunded liabilities, but most of the bills they proposed for the 2019 regular session to do that failed to clear the Joint Committee on Public Retirement and Social Security Programs.

In November, the system's trustees voted to keep the current contribution rate charged to state and local governments at 15.32% for fiscal 2022, which starts July 1, 2021. State and local governments paid $293.5 million into the system in fiscal 2019 that ended June 30, while member employees paid $68.2 million, according to a system report. Most members pay 5% of their salary into the system.

With the legislative retirement committee planning to hold public hearings this fall across the state about proposed legislation, system Executive Director Duncan Baird said Wednesday that the committee's leaders are going to rely on the board of trustees for specific recommendations.

"That's quite uncommon in the country," because most public pension systems used a combination of increases in the rates charged to both employers and employees and cuts in retirement benefits to improve their finances since the recession, Drazilov said.

CORRECTION: The one-year treasury rate is 1.47%. An earlier version of this story listed an incorrect figure.