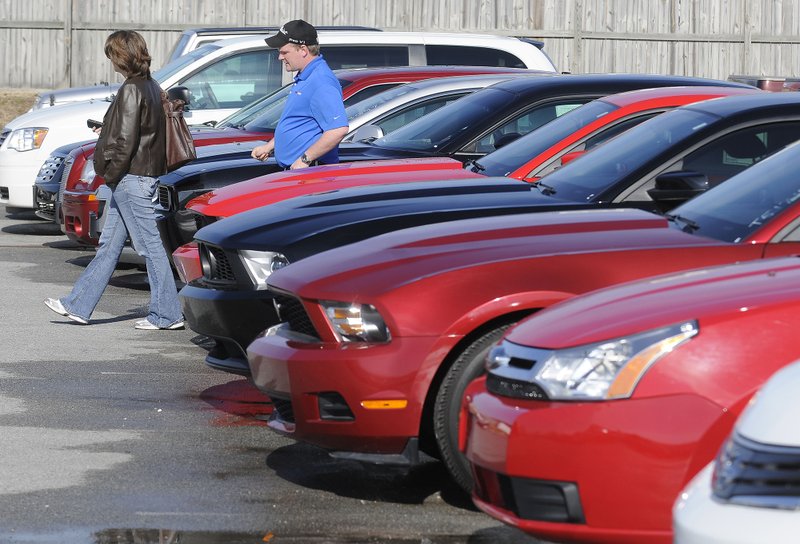 SPRINGDALE -- The first $20,000 on the purchase of a used car would be exempt from sales tax under a proposal supporters hope to put on the Nov. 3 ballot.

"You are very, very lucky if you can buy a good, reliable car for $4,000," said Eric Harris of Springdale, the treasurer and a founder of Arkansans for Reduced Car Sales Taxes. This newly formed committee seeks to get the measure on the ballot by petition as an initiated act. Harris is a former state representative who was a member of the House Revenue and Taxation Committee.

There is support for raising the sales tax exemption in the Legislature, Harris and fellow initiated act supporter Rep. Laurie Rushing, R-Hot Springs, said Friday. The big obstacle is the cut such an exemption would mean in state tax collection.

House Bill 1342 of 2019 to raise the exemption passed the House with 84 out of 100 votes in the last regular legislative session. That bill by Rep. John Payton, R-Wilburn, would have raised the sales tax exemption to $7,500 in the bill's final form. The bill died in Senate committee, largely because the measure would have cost an estimated $14 million annually in state tax collection.

The state Department of Finance and Administration has no estimate of the tax revenue loss of such a proposal, the department said Friday. The agency estimates the state would collect $22.6 million more in general revenue if the current $4,000 threshold wasn't in effect, according to the statement.

Both Harris and Rushing said Friday much of the expected lost revenue would be made up by sales taxes on other purchases.

The Arkansas Automobile Dealers Association has no position on the just-hatched proposal, said President Greg Kirkpatrick. Members haveno't had time to consider it, he said. In the Legislature, the group is mindful of the impact on revenue for the state, he said.

Kirkpatrick confirmed some increase in the exemption is already showing strong support among legislators planning for the next session.

CORRECTION: A previous version of this story misstated the price threshold for sales tax applied to used passenger vehicles.

This story was originally published at 2:00 a.m.