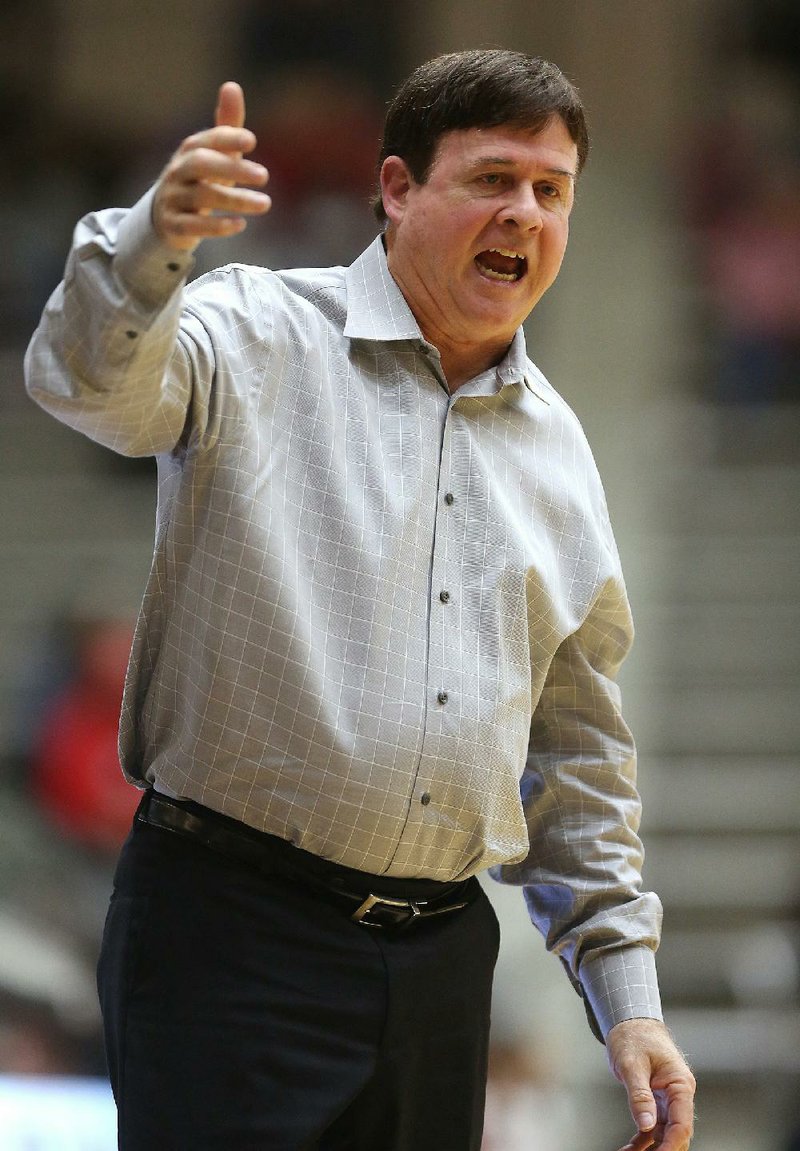 It may have taken longer than he had hoped, but University of Arkansas at Little Rock women's basketball Coach Joe Foley finally notched victory No. 800.

Tori Lasker and Teal Battle each scored 16 points as the Trojans overcame a fourth-quarter rally to beat South Alabama 69-58 and give Foley his milestone victory Saturday afternoon at the Mitchell Center in Mobile, Ala.

Foley became just the 13th coach in NCAA Division I women's basketball history to win at least 800 games. Only seven of those 13 are currently active, with Foley becoming the latest to join that list. However, the longtime coach was more concerned with the way his team played afterwards than he was about his achievement.

"I'm relieved that we played the game the way it should be played," Foley said. "I thought we moved the ball extremely on offense and shot it well. That's what this team needed so I'm relieved of that.

"But I'm also relieved that nobody will ask me about 800 anymore. There were two good things that happened [Saturday], but the most important was that our kids got their confidence."

The Trojans fell short in their four previous games in trying to help Foley reach his milestone, but UALR put forth an effective outing on both ends of the floor against the Jaguars to put any lingering suspense to rest.

A dismal shooting night kept Arkansas State University (9-17, 6-9) from having any chance of upsetting the conference co-leaders at Trojan Arena in Troy, Ala.

Morgan Wallace scored 12 points while Payton Tennison and Jada Ford both had 11 points for the Red Wolves.

Hayden Koval pitched in with 21 points on 6-of-8 shooting and Jared Chatham had 12 points and 10 rebounds for the Bears, who dominated on the glass and shot 53.8% (14 of 26) in both the first and second halves.

The University of Central Arkansas (11-15, 7-10) was held to just nine points in both the first and third quarters in dropping a nine-point decision at the Farris Center in Conway.

Loan Ann Johnson had a career-high 23 points, 6 rebounds and 3 steals for Nicholls State (10-16, 7-10). Tykeria Williams and Chystal Ezechukwa both had 11 points for the Colonels. Nicholls State shot 45.2% (19 of 42) from the field and knocked down 26 of 33 free throws to keep the Sugar Bears from making any significant push late.

Kyeonia Harris and Trasity Totten had 14 points apiece as the University of Arkansas at Pine Bluff (5-19, 4-10) snapped a five-game losing streak with a victory at H.O. Clemmons Arena in Pine Bluff.

Noe'll Taylor scored 10 points and had five steals for the Lady Lions, who had lost nine of their past 10 games prior to Saturday's upset. UAPB led 18-6 after the first quarter and built a lead as big as 20 points in the second half. The Lady Lions shot 45.2% (28 of 62) and came away with 13 steals.