Lanes reopen after truck topples, spills load on I-40 in North Little Rock 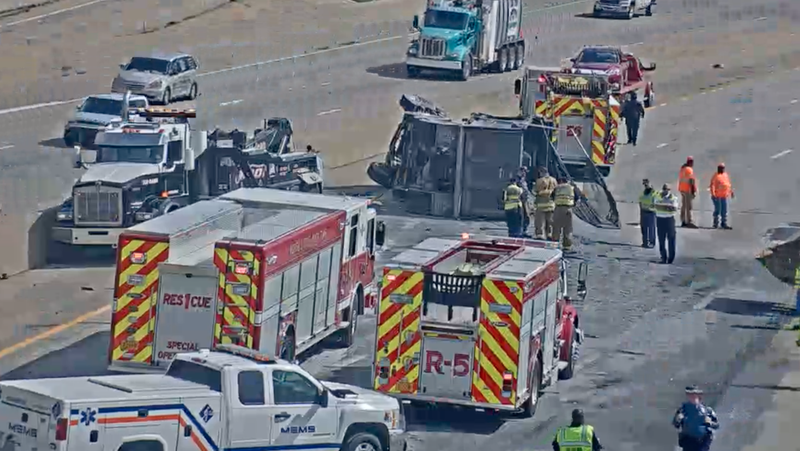 A crash on Interstate 40 was blocking all lanes of eastbound traffic shortly before noon on Monday. (Arkansas Department of Transportation)

All lanes of eastbound Interstate 40 have been reopened after a gravel truck spilled its load this morning. All lanes were closed for a period after the wreck during clean-up.

A gravel spill on Interstate 40 at the exit for JFK Boulevard in North Little Rock closed all eastbound lanes of the interstate Monday morning, backing up traffic for miles.

The spill occurred just feet away from the exit, live video from the Arkansas Department of Transportation shows.

Holly Butler, administrative assistant for the transportation department’s public information office, said as crews clean up the gravel, traffic is mostly being diverted off the interstate though vehicles are intermittently being allowed to pass via the right shoulder.

There were preliminary reports of two injuries. 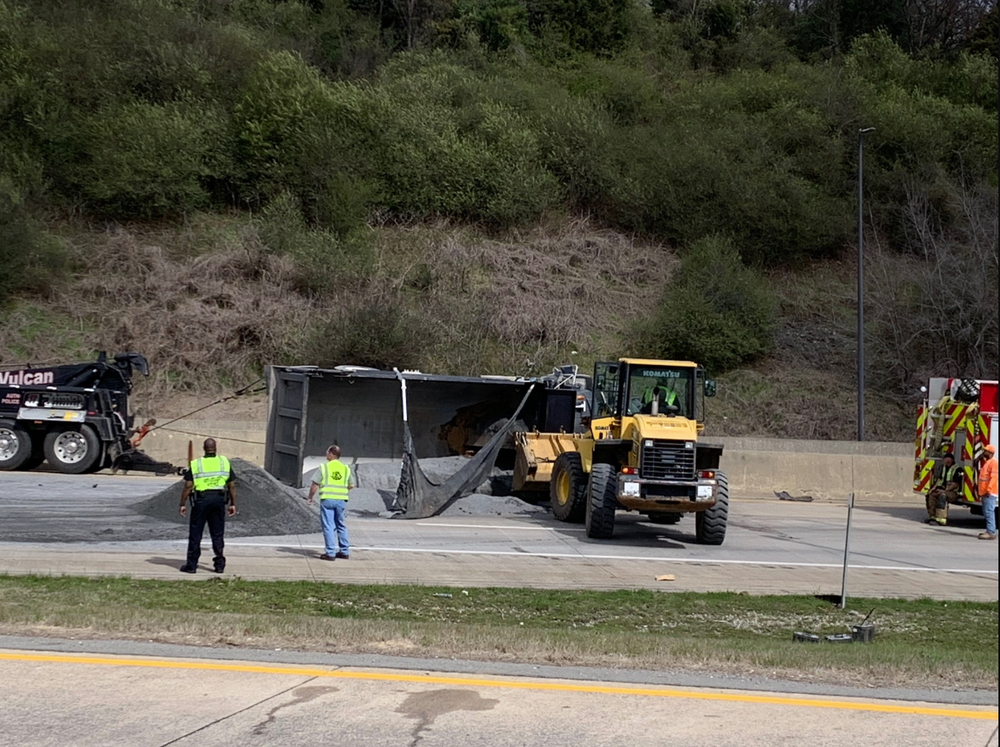 First responders work at the scene of a commercial truck rollover on Interstate 40 near the Interstate 30 interchange in Pulaski County on Monday.

Traffic was at or near a standstill almost to Military Drive, near Burns Park, according to a live traffic map from the department.

Butler said a red sedan was hauled away from the scene but she did not know if or how the vehicle was involved in the spill.

The truck that carried the gravel came to a rest on its side in the inside lanes, Butler said, and it was in the process of being removed from the road as of noon.

She said there was not an estimate for how long the clean-up will take.