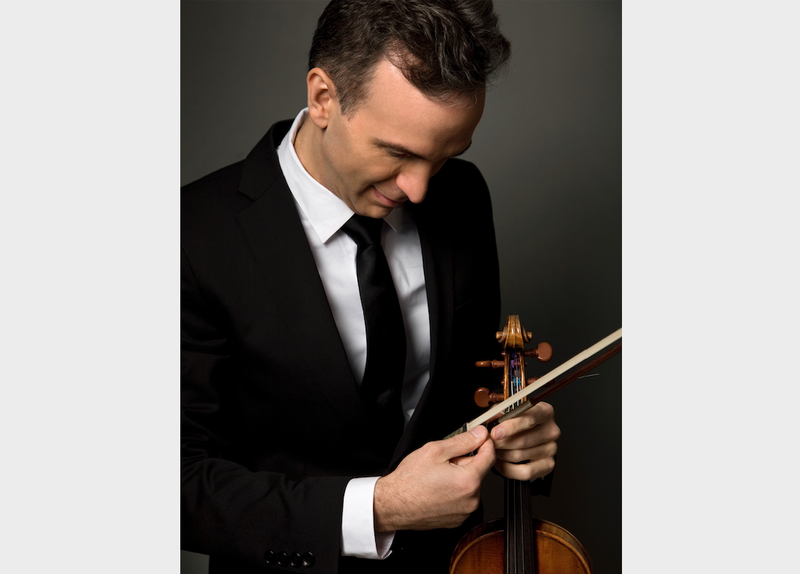 Shaham, who will solo in Samuel Barber’s Violin Concerto, is the biggest “name” on the 2020-21 Stella Boyle Smith Masterworks season, which the orchestra announced Tuesday in a gathering for patrons at its headquarters, Byrne Hall on the campus of St. John Catholic Center in Little Rock’s Pulaski Heights.

Shaham, who regularly appears with the world’s great orchestras — including those of Berlin, Boston, Chicago, San Francisco, Los Angeles Philharmonic and New York — will be making his Arkansas debut.

Also on the program: Ethiopia’s Shadow in America by Arkansas-born composer Florence Price and the Symphony No. 5 by Peter Ilich Tchaikovsky.

• Jan. 30-31: Pianist Martina Filjak, who previously soloed with the orchestra in September 2013 in Tchaikovsky’s Piano Concerto No. 1, plays Wolfgang Amadeus Mozart’s Piano Concerto No. 21 with guest conductor Akiko Fujimoto, current associate conductor of the Minnesota Orchestra. The program also includes Symphonic Metamorphosis of a Theme by Carl Maria von Weber by Paul Hindemith and Death and Transfiguration by Richard Strauss.

• April 10-11, 2021: Stephen Mulligan, associate conductor of the Atlanta Symphony and music director of the Atlanta Symphony Youth Orchestra, will be on the podium; a soloist, that person’s instrument and whatever piece is to be played are yet to be announced. The program includes John Adams’ The Chairman Dances: Foxtrot for Orchestra, Maurice Ravel’s Le Tombeau de Couperin and the 1919 Firebird Suite by Igor Stravinsky.

• May 1-2, 2021: Andrew Crust, assistant conductor of the Vancouver (Canada) Symphony, joins a violinist to be announced for Tchaikovsky’s Violin Concerto; the all-Russian program also includes the Polovtsian Dances from Prince Igor by Alexander Borodin and the Symphony No. 9 by Dmitri Shostakovich.

Arkansan Kris Allen, who won Season 8 of TV’s American Idol, will be the “headliner” on the orchestra’s “Home for the Holidays” program, Dec. 18-20 at Robinson. Christina Littlejohn, the orchestra’s executive director, noted that most folks don’t know that before he hit the “big time,” he was a violist in the Arkansas Symphony Youth Orchestra.

“There’s such a natural affinity, it just made sense for him to be with us for Christmas,” she added.

The rest of the 2020-21 Acxiom Pops Live! Series (all at Robinson Center, conducted by Robson):

• Feb. 6-7: Pianist Joseph Joubert and stars from the recent Tony Award-winning Broadway productions of Porgy and Bess and An American in Paris perform for a program titled “Fascinating Gershwin.”

In addition, a special pops concert, March 13-14, 2021, titled “Music from Fantasy Worlds,” features Robson conducting music from the Harry Potter films, The Lord of the Rings, Game of Thrones and even video-game music.