Authorities: 4 arrested in death of man found near Beaver Lake 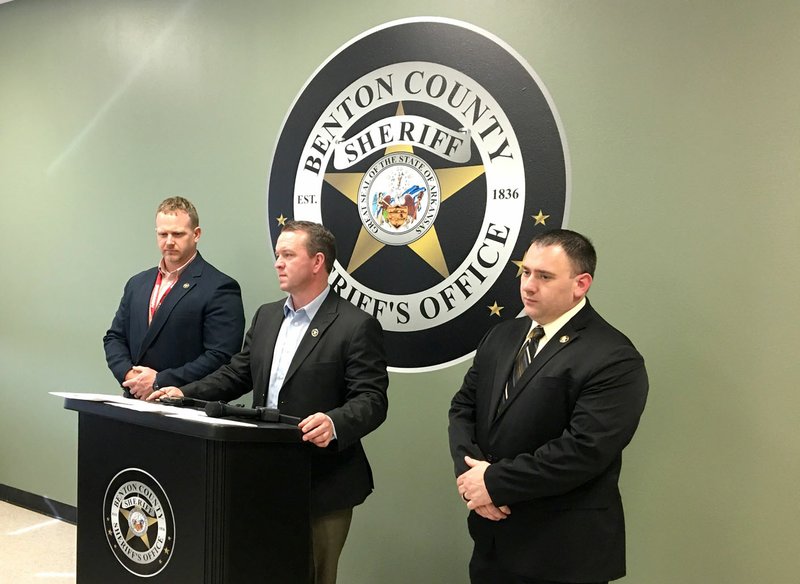 BENTONVILLE -- Four people have been arrested in connection with the killing of a 23-year-old man, Benton County Sheriff Shawn Holloway said Thursday.

At a news conference, Holloway announced that Zackary David Whitcomb, 19, of Rogers; David Arthur Adair Jr., 26, of Rogers; Mark Andrew Brannan, 31, of Fayetteville; and Lydia Riggs, 23, of Elkins were arrested in connection with capital murder.

A passerby reported on Monday seeing a body on the side of Van Hollow Road, Holloway said. The body later was identified as Lavonte Jackson. Holloway did not give Jackson's hometown.

Jackson's body was sent to the state Crime Lab for an autopsy, Holloway said.

Holloway said the sheriff's office did not know Jackson's manner of death, but authorities believe a struggle was involved. Holloway also said officials suspect drugs played a part in the crime.

Holloway said authorities believe Jackson was killed in the Beaver Shores area near the Arkansas 12 bridge and then dumped on the side of Van Hollow Road, about seven miles away.

Holloway said gang involvement is possible but repeated that the crime was connected to drugs.

The four individuals have given statements to detectives, but Holloway said he could not give the details of the interviews.

Holloway said all four have been booked into the Benton County jail previously in connection with other crimes.

Adair was charged last year with battery and possession of a firearm by certain persons.