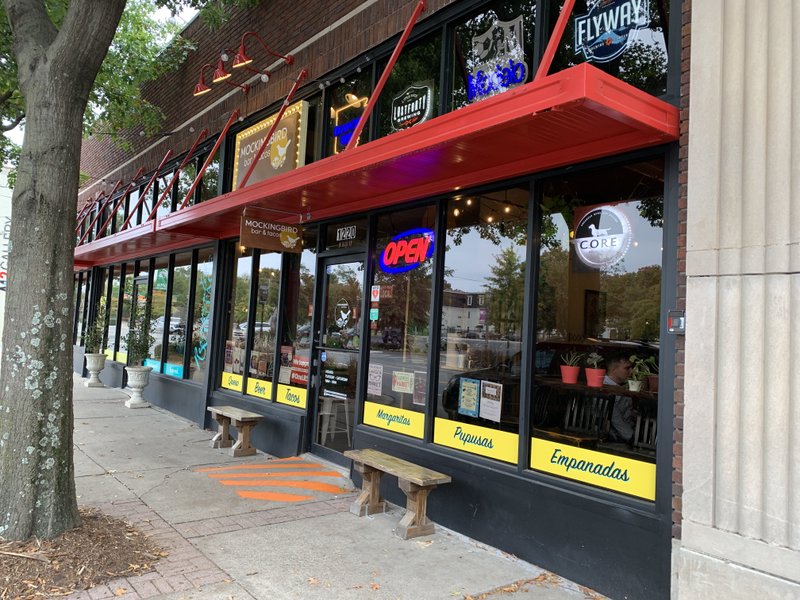 Chris Kramolis, area developer and co-franchisee (with Jason Alley) for the Alabama-based Rock n Roll Sushi franchise-chain operation, confirms he has a mid- to late-April timeline for the opening of the first Arkansas outlet in the former Which Wich storefront, Chenal Creek shopping center, 12800 Chenal Parkway, Little Rock. What he terms "construction snags" held up the original March 1 target but they hope to have work underway by next week. He says the menu you can find online at rnrsushi.com will be undergoing a few tweaks within the next couple of weeks but should be pretty close. Hours will be 11 a.m.-10 p.m. daily. No phone number this far out.

Stan Warr, Arkansas franchisee for Pies & Pints, a West Virginia-based franchise-chain operation, says he's looking at opening the first Arkansas location no later than midsummer in the former Tavern location in the Promenade on Chenal, 17815 Chenal Parkway, Little Rock. "We haven't pulled all the permits yet, but once we do, we usually go pretty fast," he says. He says the menu focuses on "hand-crafted, artisanal pizzas," plus sandwiches, wings, appetizers and salads. The 4,000-square-foot-plus space should seat about 120, including on the patio and at the bar, which will have at least 20 taps pouring craft beers, focusing first on local breweries, then on regional and national brewers. Pies & Pints has 15 restaurants in Alabama, Indiana, Ohio (including three in Cincinnati), West Virginia and Kentucky. Visit piesandpints.net to see a menu.

Norfork Brewing Co., a small brewery on the White River near Calico Rock, takes over six taps from 5 to 9 p.m. Wednesday at Mockingbird Bar & Tacos, 1220 Main St., Little Rock. According to Mockingbird co-owner Jack Sundell, the brewer uses [only] non-GMO grains grown in the U.S., organic and locally grown or foraged ingredients whenever possible and a patented yeast derived from the native Paw Paw fruit found along the banks of the White River." Beers will be available in 5- and 16-ounce pours and six-beer flights. Food specials will pair with the beer and brewery staff members will be on hand to talk shop and answer questions. Call (501) 313-5413 or email info@mockingbirdLR.com.

Amateur cooking teams from across the mid-South can sign up for the 12th annual B Street Rib Off, April 18 in North Little Rock's Argenta Arts District. Register for the competition and find a list of rules and more information at BStreetRibOff.org. The event, which kicks off at 8 a.m. with results announced at 4 p.m., also features live music, beverages from Flyway Brewing Co. and a raffle that includes merchandise from Arkansas retailers. You can be among the judges for the People's Choice category for a small donation.

The Little Rock River Market is introducing monthly district socials, designed, according to a news release, to "bring together visitors and residents of the River Market District to meet new friends and learn about upcoming River Market District programs and events in a fun, happy hour setting." The initial event will be 5:30-7 p.m. Tuesday in St. Vincent's Plaza, flanking the Ottenheimer Market Hall, in inclement weather (in the East Pavilion if not), featuring light appetizers from River Market District restaurants and bar partners, beer from local breweries and performances by local musicians. Subsequent events will be on the first Tuesday of April-June and September-November. Admission is free; beer, of course, will cost money. Call (501) 320-3500, email info@littlerock.com or visit RiverMarket.info/events.

And the Department of Arkansas Heritage Monday night inducted Cattleman's Steak House in Texarkana, Ed Walker's Drive-In & Restaurant in Fort Smith and Murry's Restaurant in Hazen into its Food Hall of Fame at the Central Arkansas Library System's Ron Robinson Theatre in Little Rock's River Market. The honor recognizes "long-standing restaurants that have become legendary attractions in Arkansas," according to a news release.

The department also announced the winners of four other awards:

• "Gone But Not Forgotten" (honoring a "once-and-always influential Arkansas restaurant that has ... ceased operations") — Shaddon's BBQ in Marvell

• And the People's Choice Award (based solely on the number of popular nominations) — Hot Springs' Ohio Club.

The Food Hall of Fame program launched in 2016 to "recognize Arkansas's legendary restaurants, proprietors and food-themed events across the state," according to the department. Visit ArkFoodHOF.com.