Sonic wins photo finish with Call of the Wild 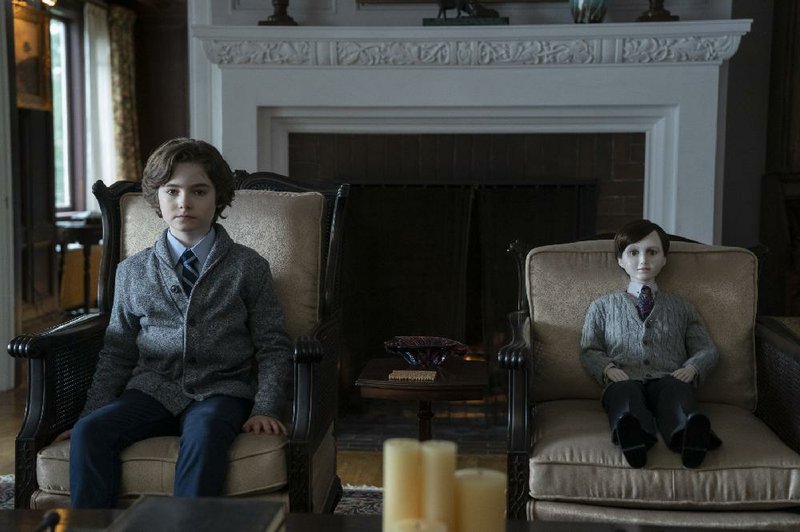 Christopher Convery is among the stars of STX Entertainment’s Brahms: The Boy II, a thriller based on the character from 2016’s The Boy. It came in fourth at last weekend’s box office and made about $5.9 million.

The hedgehog edged the sled dog by a nose at the box office.

Sonic: The Hedgehog zoomed to the top of the box office with a take of $26.3 million in its second weekend while audiences ignored critics and heeded The Call of the Wild as the Harrison Ford computer-generated (CGI) dog flick finished a close second with $24.8 million, according to studio estimates Sunday.

It was a strong weekend for both films, with each outperforming expectations and overcoming early doubts about design problems.

Paramount Pictures' Sega video game adaptation Sonic: The Hedgehog was a laughingstock when its first trailer was released last year, but after a delay and a title-character makeover, the film has now spent two weeks atop the box office and brought in more than $200 million globally.

20th Century Studios' The Call of the Wild was also mocked by many on social media for its CGI dog -- the first five film adaptations of Jack London's 1903 novel all used real ones -- and reviews were decidedly mixed with a Rotten Tomatoes score of 62%, but moviegoers bought into the digital dog and his 77-year-old co-star, who would have won the weekend were it not for a late surge from Sonic.

That was a disappointing opening at a time of year when horror films often do well. 2020 appears to be bucking that trend with family films thriving in the early weeks of the year.

The PG-13 thriller, based on the character from 2016's The Boy, stars Katie Holmes, Ralph Ineson, Owain Yeoman and Christopher Convery. It was poorly received with a C-minus CinemaScore and an 8% "rotten" rating on Rotten Tomatoes.

"Sonic and Call of the Wild represent two PG-rated movies where that void in the marketplace for families is the key to their success in this part of the year, a time that's usually dominated by awards holdovers and R-rated films," said Paul Dergarabedian, senior media analyst for Comscore. "PG-rated films are more immune to reviews and are more about the audience. If a kid wants to go see a film, they're going to go see it."

Rounding out the top five, Columbia's Bad Boys for Life added $5.86 million in its sixth weekend for a cumulative $191.2 million.

In seventh place, Columbia's and Blumhouse's Fantasy Island added $4.2 million in its second weekend (a 66% drop) for a cumulative $20.2 million.

At No. 8, Neon's Parasite added $3.1 million in its 20th weekend for a cumulative $48.9 million. This weekend, Imax released a digitally remastered version of Bong Joon Ho's best picture winner for a one-week run at select locations.

In ninth place, Columbia's Jumanji: The Next Level added $3 million in its 11th weekend for a cumulative $311 million.

Rounding out the top 10, Universal's The Photograph added $2.8 million in its second weekend (a steep 77% drop) for a cumulative $17.6 million.

In limited release, Focus Features opened Emma on five screens to $230,000 for an impressive per-screen average of $46,006. The film, starring Anya Taylor-Joy, earned $8.7 million in worldwide receipts and earned strong reviews with an 88% "fresh" rating on Rotten Tomatoes.