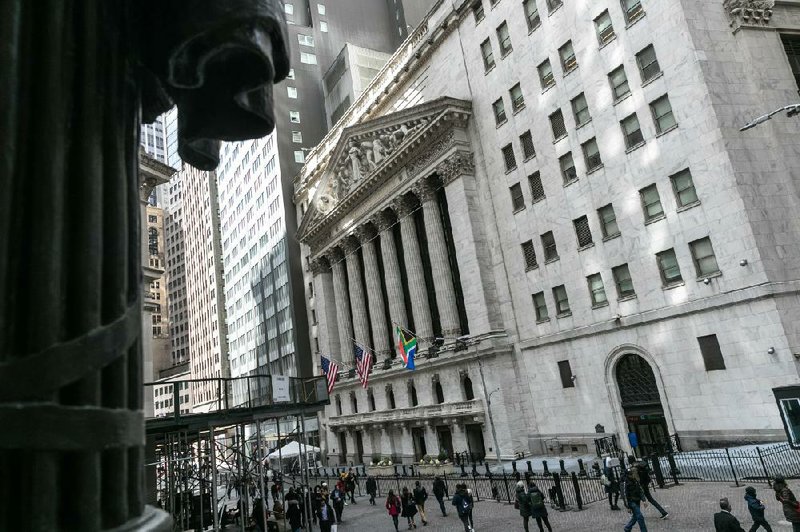 People pass by the New York Stock Exchange on Thursday where the coronavirus threat sent stocks tumbling for a fourth straight day. “Every day we think we could be near a bottom, and every day we are not,” market analyst Helane Becker wrote in a note early Thursday. (For The New York Times/Jeenah Moon)

U.S. markets plunged sharply Thursday, extending a four-day loss that hasn't happened since the financial crisis, over growing fears about the spreading coronavirus and the threat to world economies.

The speed of the market slump has caught investors off guard, with the S&P 500 falling more than 10% from its Feb. 19 high, a drop that Wall Street labels a correction to suggest the decline is more significant than a few days of downbeat trading.

The Dow Jones Industrial Average tumbled from its all-time peak in only 10 sessions. The blue-chip index lost more than 3,200 points this week and had its worst point drop in history on Thursday.

"The Dow's four-day decline this week is 11.13%, the worst since October 2008, when the blue chips fell 15% in four days," said Howard Silverblatt of S&P Dow Jones Indices.

Emotions were running high on Wall Street, in part because it's unclear when the uncertainty over the global public health crisis will end.

Kenny Polcari of SlateStone Wealth said the good news about the panic-driven correction is that it suggests an emotional response and may be only temporary.

"A slower decline based on crumbling market fundamentals, which is not the case so far, would be more worrisome," Polcari said.

Analysts expected the market to rebound strongly after worldwide markets plunged Monday. But coronavirus cases have popped up around the world, squashing repeated stock market rallies. The volatility could persist until there are signs that the outbreak is under control, analysts say, despite warnings from health officials that community spread in the U.S. appears inevitable.

"To the degree that consumers change their behavior -- so they stop going out to eat, they don't take the vacation, they cancel the business trip -- that consumption, that spending, personal consumption is 68% of GDP," said Scott Clemons, chief investment strategist at Brown Brothers Harriman.

He added: "That moves it beyond the sphere of 'people feel bad because their 401(k)s are down' and into the sphere of economic reality."

Stocks are now headed for their worst week since October 2008, during the global financial crisis.

Global markets also shuddered Thursday as the outbreak continues to spread beyond China. Japan's Nikkei was down more than 2% as many Japanese schools were closed through early April.

From an economic standpoint, much of the focus had been on coronavirus' repercussions for global supply chains, which rely heavily on manufacturing and production from Chinese factories. But now that public-health officials are expecting the outbreak to spread in the U.S., experts worry about an additional threat to the economy. Daily routines and consumer spending could grind to a halt if schools are closed, large gatherings are canceled and businesses close their doors.

Oil prices also continued to drop, and the yield on the benchmark 10-year Treasury note hit a new low, reflecting the anticipation that a slowdown is on the horizon.

"If you're looking for something to worry about, take your eyes off the stock ticker tape and look instead at the bond and oil markets," said Ed Yardeni, president of Yardeni Research. "They continue to flash warning signals about the economy's strength. And stock investors might be well served by watching them to confirm that any rally has legs."

The Wilshire 5000 Total Market Index has fallen five days in a row, the longest losing streak of 2020 and the longest string of negative days since Sept. 24. The five-day loss of 2,792.16 points or 8.09%, represents a paper loss of approximately $2.9 trillion.

Goldman Sachs said in a note Thursday that the virus would slow economic activity across the planet. The financial-services giant predicts no earnings growth this year and modest earnings growth in 2021.

At their heart, stock prices rise and fall with the profits that companies make. And Wall Street's expectations for profit growth are sliding away. Apple and Microsoft, two of the world's biggest companies, have already said their sales this quarter will feel the economic effects of the virus.

Goldman Sachs said Thursday that earnings for companies in the S&P 500 index might not grow at all this year, after predicting earlier that they would grow 5.5%.

Microsoft was down 7% after the company said Wednesday that its sales in the current quarter would be lower because of a disruption to its supply chain. Anheuser-Busch InBev on Thursday forecast a steep drop in quarterly profit. Its shares fell 9%.

Companies also have scaled back travel. The French cosmetics giant L'Oreal suspended all business travel for its 80,000 employees until the end of March. Nestle, the giant Swiss food company, said it would suspend all international business trips for its 290,000 workers until mid-March.

When the coronavirus outbreak first surfaced in the Chinese city of Wuhan, analysts initially sized up any potential hit to the global economy based on the 2002 SARS outbreak. But in the nearly 20 years since, the Chinese economy has become much more substantial and intertwined.

"Every day we think we could be near a bottom, and every day we are not," Cowen analyst Helane Becker wrote in a note early Thursday. "Today, there were more reports of the virus showing up in places like Croatia, France, Germany, Austria, Greece and elsewhere. Borders are lines on a map. The virus has spread, and the question is how much do people change their travel plans."

Information for this article was contributed by Rachel Siegel and Thomas Heath of The Washington Post; by Stan Choe, Alex Veiga, Damian J. Troise and Christopher Rugaber of The Associated Press; and by Matt Phillips of The New York Times. 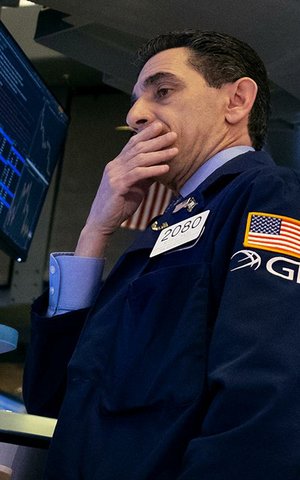