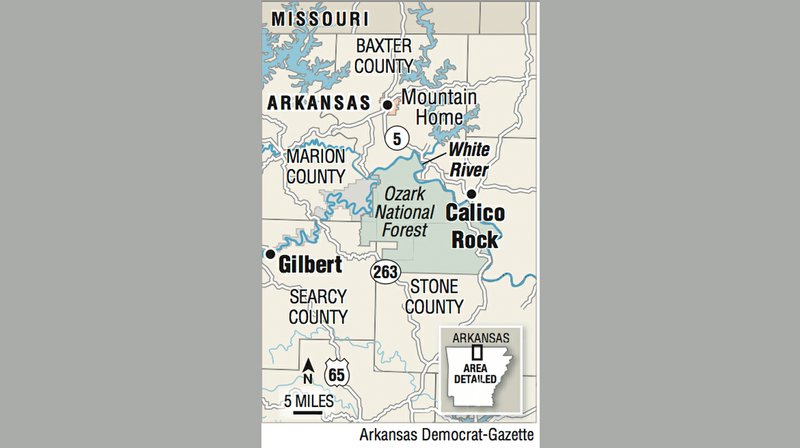 A map showing the location of Calico Rock, Arkansas.

Izard County's sole hospital and its parent company have filed for bankruptcy, according to court documents submitted on Tuesday.

Filings in a Kentucky bankruptcy court by an attorney for Americore Health and its affiliates include petitions for the group and Izard County Medical Center in Calico Rock.

It isn't clear how the bankruptcy will affect the hospital. Administrators and officials for the provider and its corporate operator did not immediately respond to messages seeking comment.

The petition was filed under Chapter 11 of U.S. bankruptcy code, which usually asks the court to reorganize debts so a business can maintain operations.

Acquired by Americore in 2017, the 25-bed Calico Rock facility is the only hospital in its county and is a critical access hospital, a designation for providers in rural or otherwise remote areas.

The hospital's assets and liabilities on Tuesday each totaled less than $50,000, according to court documents.

Americore's website says the group specializes in increasing revenue and profitability at rural hospitals. The company and its subsidiaries list addresses in Florida, Delaware and Missouri.

Financial problems have been noted at some of those sites.

For example, the Pennsylvania hospital missed payroll, laid off 92 employees and ultimately closed its doors on Dec. 10, the Pittsburgh Post-Gazette reported.

Dozens of rural hospitals nationally have experienced serious financial problems or shut down in the past two decades. The University of North Carolina's rural health research center has tracked 162 such closures since 2005.

The problems are attributed to several factors, including declining populations, changing reimbursement rates and high burdens of uncompensated care for people who do not have insurance.

On Tuesday, a judge also ordered Americore's attorneys to correct a discrepancy in which they appear to use a different name for the Arkansas hospital, though its Grasse St. address and its listing in the court's electronic records system are correct.

Separately, a lawsuit filed in Izard County Circuit Court on Dec. 5 alleges that the Calico Rock hospital and its operator owe more than $300,000 in back rent to a landlord, and that they have not paid their property taxes.