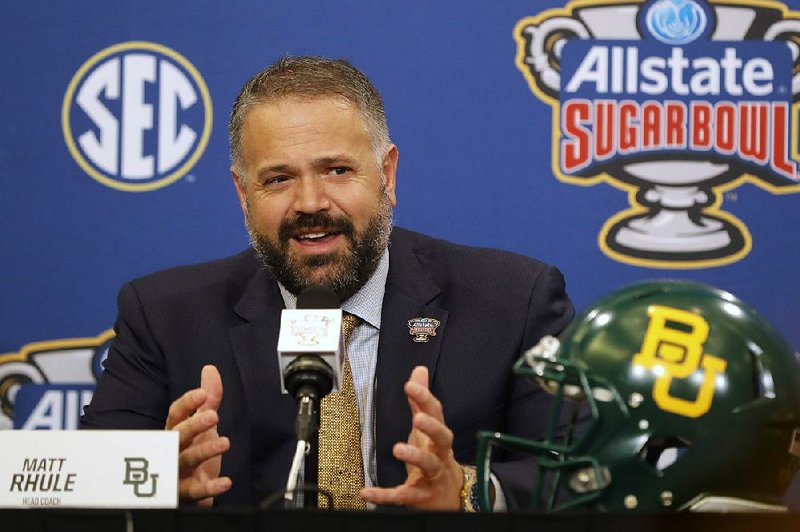 Baylor Coach Matt Rhule has been mentioned as a candidate for several NFL head coaching vacancies, but Rhule said Tuesday he expects to stay with the Bears. (AP/Gerald Herbert)

NEW ORLEANS -- Baylor quarterback Charlie Brewer figures that suffering through 11 losses in 2017 has given him a healthy perspective as the Bears prepare for their Sugar Bowl showdown against established SEC power Georgia.

In a sense, the Sugar Bowl is a consolation prize for two teams that were in contention for a College Football Playoff spot until they lost their conference championship games. Georgia fell to No. 1 LSU and is in the Sugar Bowl for a second consecutive season. Baylor lost to No. 4 Oklahoma in the Big 12 Championship Game.

Brewer said the Bears are "all very grateful to be in this game, just from where we started."

"Obviously, you want to win all the time," Brewer continued. "But I think that the stuff that I've had to go through, along with my teammates, not only as a football player, but just as a man, just growing up in life -- learned a lot of lessons, been through a lot. I think it's paid off. And I think it'll continue to pay off."

Brewer arrived at Baylor in 2017 after the program was gutted by a campuswide scandal tied to the university's handling of sexual assault claims -- including some against football players. After an external investigation, coach Art Briles was fired before the 2016 season.

Coach Matt Rhule took over a depleted roster and fractured program in 2017, and had it contending for a conference title in his third year.

Georgia, meanwhile, comes in looking to send off its seniors as winners -- unlike last season's Sugar Bowl, when Texas built a big lead and the Bulldogs' late comeback bid came up short.

"The seniors definitely don't want to go out how we did last year," linebacker Azeez Olujari said. "We want to get this momentum up for next season. ... We've got to give it all we've got."

Georgia is expected to be missing a number of starters and regulars who are trying to preserve their health for the NFL Draft, are nursing injuries or have eligibility issues. But Georgia has recruited some of the top classes in the country in recent years. Depth is available.

That's precisely how Olujari capitalized on last year's Sugar Bowl. It was his first significant playing time with Georgia, and he had three tackles.

"Here's an opportunity to show the coaches what you can do in a game," Ojulari said, referring to young teammates who are about to get the same opportunity he had last year. "It's a big jump for next season for sure, to see where you can be at, and where you can play and impact the team."

Georgia Coach Kirby Smart said he did not find the prospect of having more than a dozen players missing the bowl game troubling "at all." Injuries and eligibility issues are part of college football, as are career decisions for NFL prospects, he said.

"When you recruit at a really high level, you're going to have kids with an opportunity ... that are going to make, quote‑unquote, business decisions," Smart said. "I don't always agree with all of them, but I support them 100%."

Rhule's name has appeared in reports about potential NFL openings. But while Rhule didn't rule out leaving Baylor, he said Tuesday that he "certainly" expects to stay put. 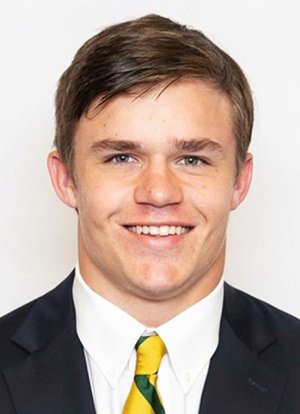