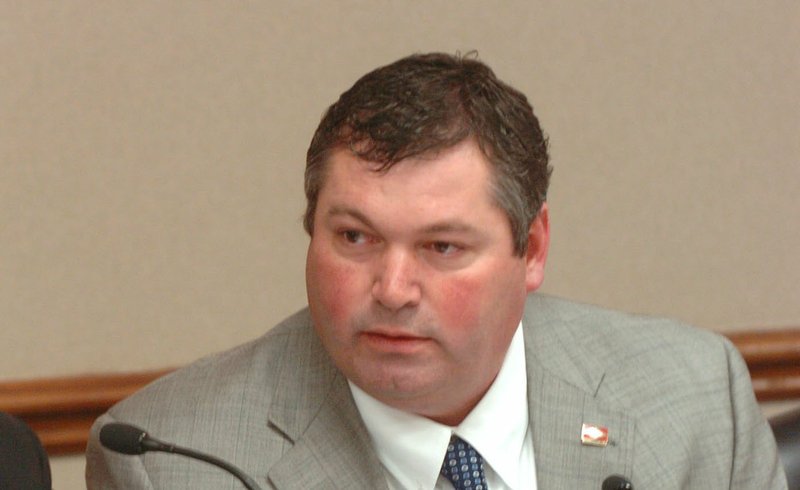 Federal prosecutors have asked a judge to order a key figure in Arkansas' long-running public corruption scandal, former state legislator Eddie Cooper, D-Melbourne, to forfeit his interest in a Florida house he owns with a co-conspirator.

Cooper and former Capitol lobbyist Milton "Rusty" Cranford of Rogers are owners of the house in North Port, Fla., that prosecutors valued at $245,000, according to a motion for forfeiture filed Tuesday in federal court in western Missouri.

Both have pleaded guilty in connection with the political corruption scandal in which Arkansas legislators were paid to pass laws and regulations favorable to nonprofits for which Cranford and Cooper worked.

Prosecutors said the government intends to sell or dispose of the house at 2004 Boca Chica Ave. and apply the proceeds to fines and forfeitures levied against the two.

The North Port house is described on the real estate website Zillow.com as a three-bedroom, two-bathroom structure of 1,858 square feet built in 1995. It also has an in-ground pool and covered lanai.

"This is a lovely custom built home with a great corner lot located on a greenbelt," according to the description of the property. The house isn't on the market, the website says. Zillow valued it at $232,598.

North Port, population about 66,300, is located 84 miles south of Tampa, about a 20-minute drive to Gulf Coast beaches.

Prosecutors said Preferred Family Healthcare Inc. paid Cranford and Cooper, who were employed by the company, "rent" on the North Port property for company retreats. But prosecutors alleged the payments actually were one method used by the nonprofit's executives to steal assets from their company.

Preferred Family at one time was Arkansas' largest provider of government-funded mental health treatment, through the federal- and state-operated Medicaid program.

Tuesday's filing invited any others with ownership interest to petition the court for a hearing on their rights to the forfeited property. Sarasota County, Fla., property records list a third owner of the house who has not been connected to the crimes.

Cooper pleaded guilty in February 2018 to one count of conspiracy to embezzle from Preferred Family, where he worked. The plot involving Cranford and other executives centered on using the nonprofit's proceeds illegally for lobbying, for political campaign contributions and for their own enrichment, according to his guilty plea.

Tuesday's filing also asked U.S. District Judge Brian Wimes to direct a monetary judgment against Cooper, to be announced at his sentencing.

Cranford, who worked as a Preferred Family executive while also operating political lobbying firms in Little Rock, was sentenced Nov. 25 to seven years in prison and was ordered to return $3.73 million in taxpayer money.

Cooper and Cranford have faced prosecution in Springfield, Mo., because Preferred Family was located in that district.

The federal investigation into the political corruption scandal has also led to indictments of executives with Northwest Arkansas' Ecclesia College and a Magnolia youth lockup and treatment nonprofit, South Arkansas Youth Services. They have also been convicted of bribing legislators to produce laws, state grants and regulations that benefited their operations.

The federal public defender's office, which represents Cooper, and the U.S. attorney's office in Springfield, Mo., were closed Wednesday.