Oh What a Night!

Clay and I are big fans of the Top Chef television show, and in every season, one of the shows is Restaurant Wars, where two teams compete to open a restaurant for one night. We had a mini-version of our own, without anyone to compete against, but Klever Cuisine, our son's new catering business had its first ever pop-up restaurant at our house on New Year's Eve. 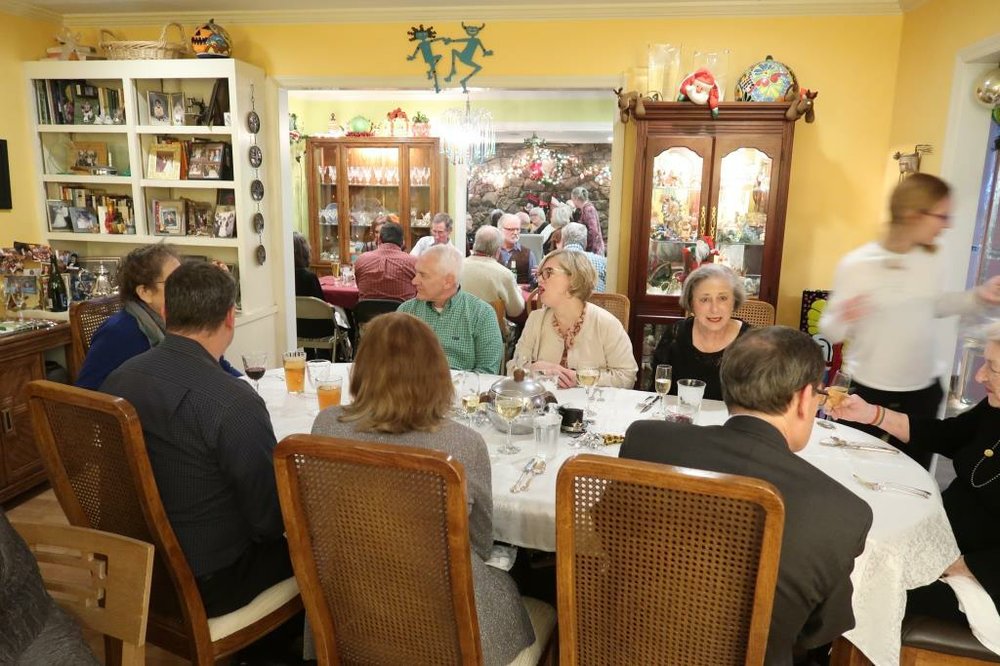 It was a roaring success!

We transformed our house into a restaurant to seat 36 people all at one time. 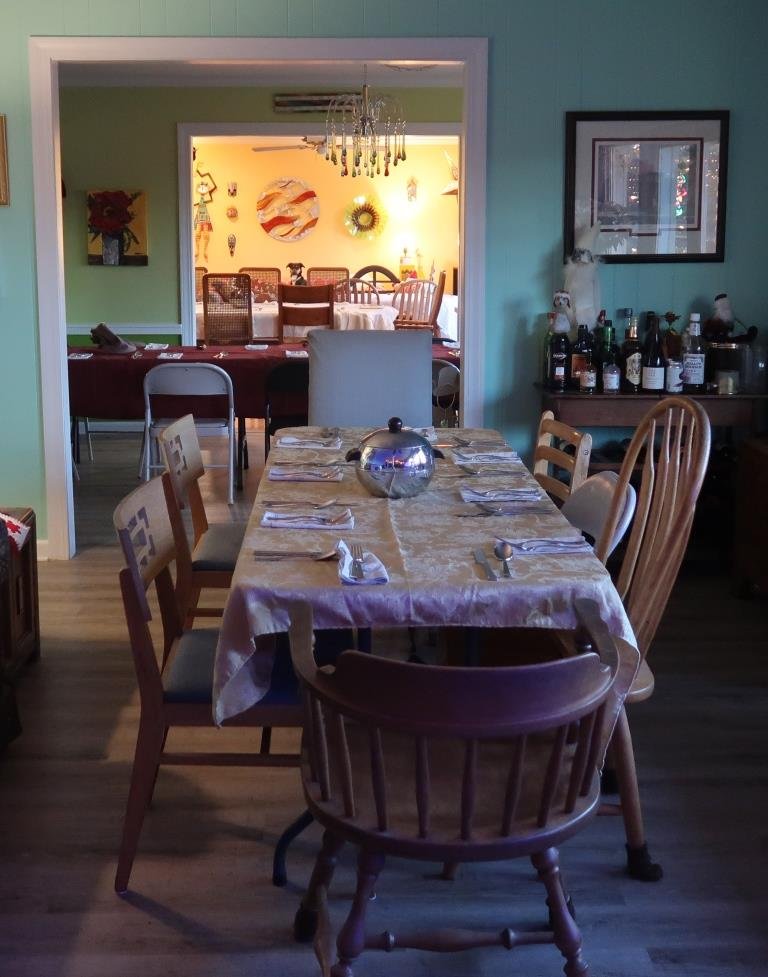 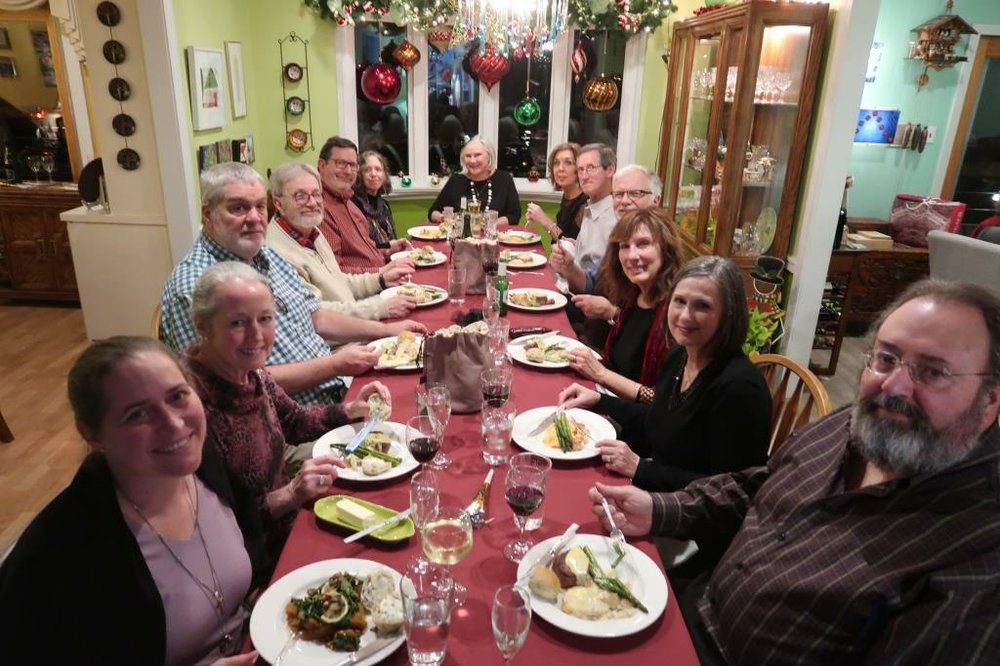 We got all the tables set with linens, silverware and glasses and then my job was done. 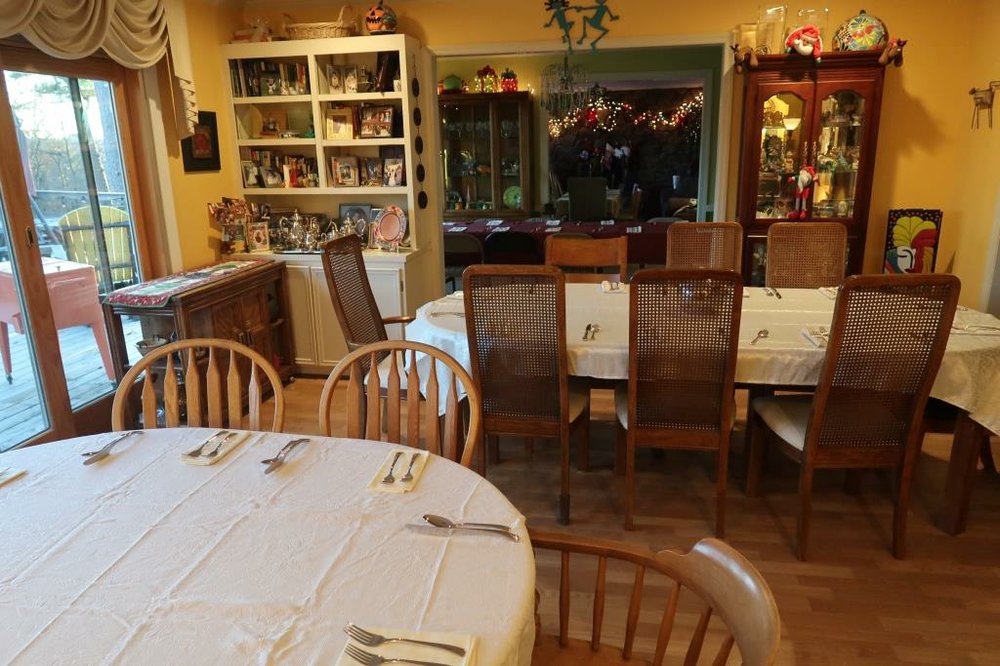 I took everything off the counters in my kitchen except microwave and coffee maker. (You should see my office where it all went!) 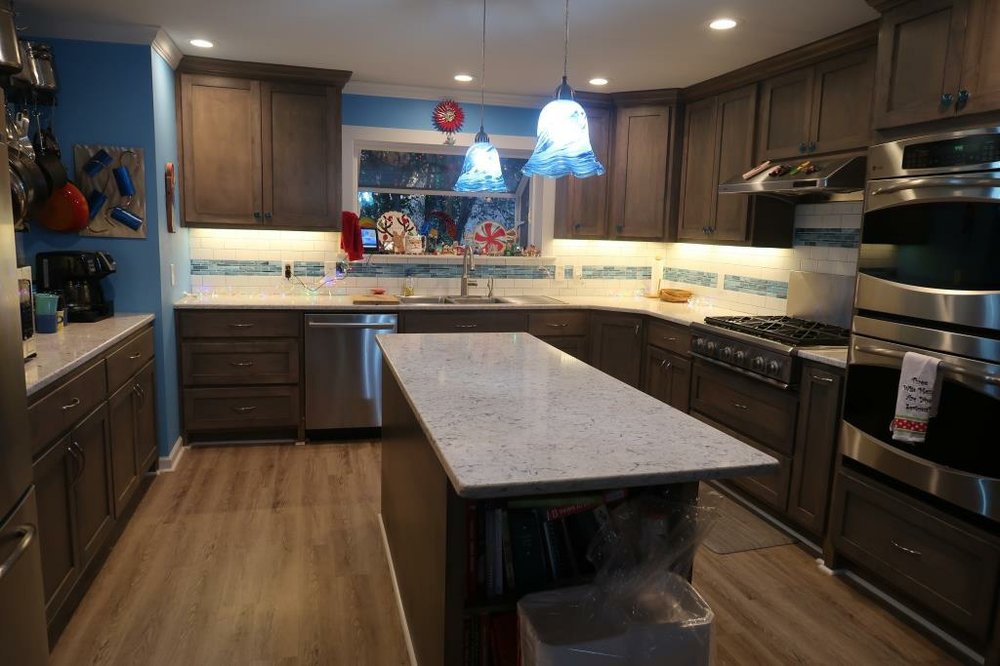 It was stark when it started, but it didn't stay that way for long. When Kyle and his crew arrived, it was like an explosion happened in the kitchen. 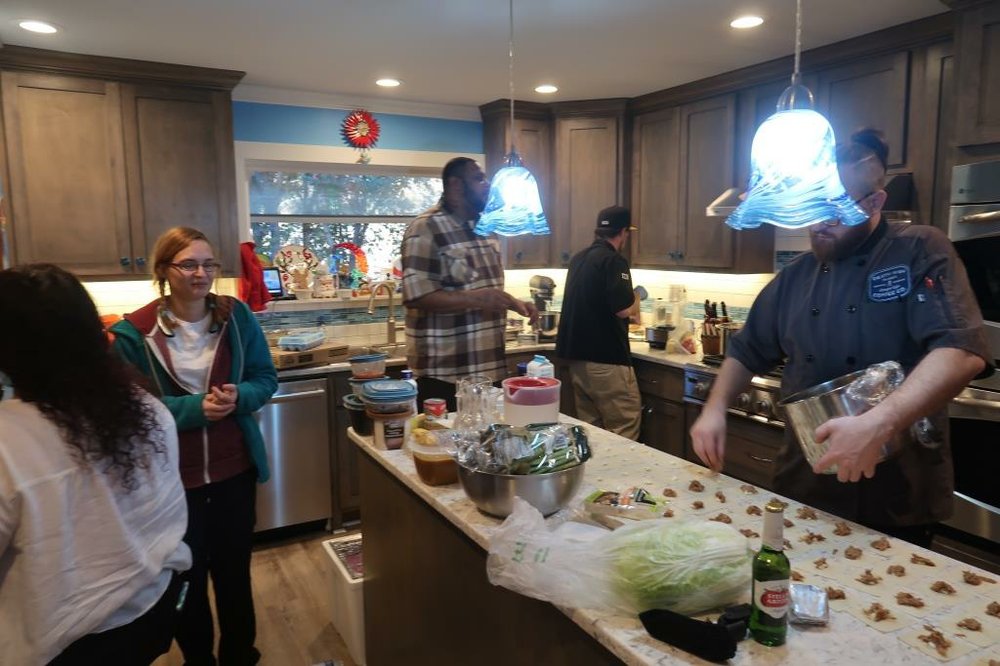 He had a sous chef with him and 2 servers and a host who also helped with serving.

Guests started arriving and my friend Chris and I treated everyone to sparkling wine as we mingled before sitting. 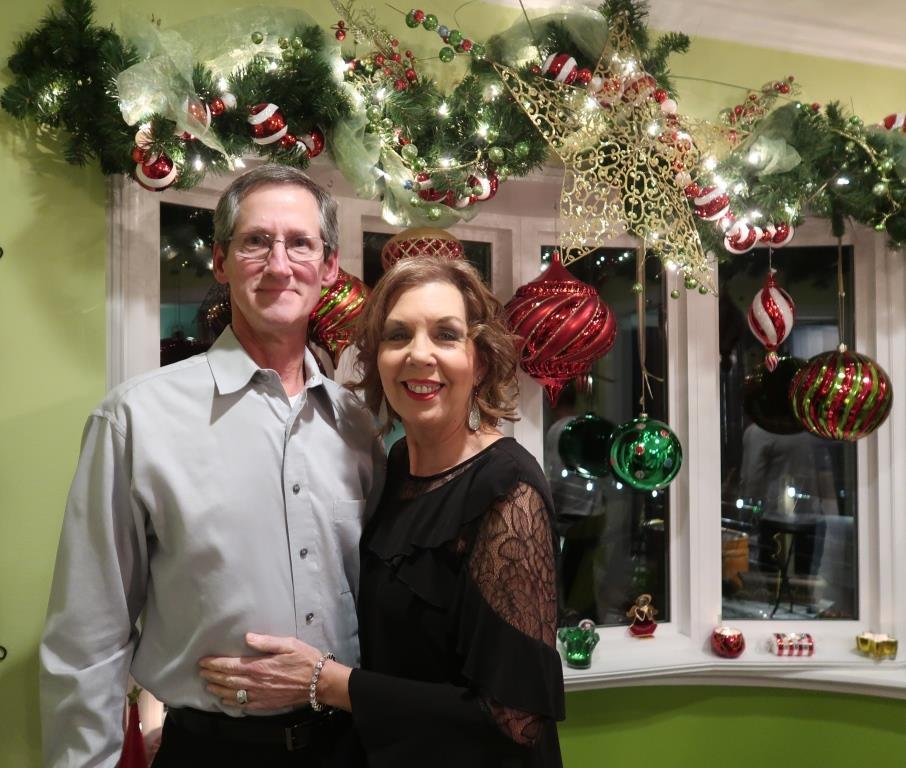 Our evening meal consisted of 4 courses plus an amuse bouche. An amuse bouche is a one or two bite appetizer--an extra gift from the chef. 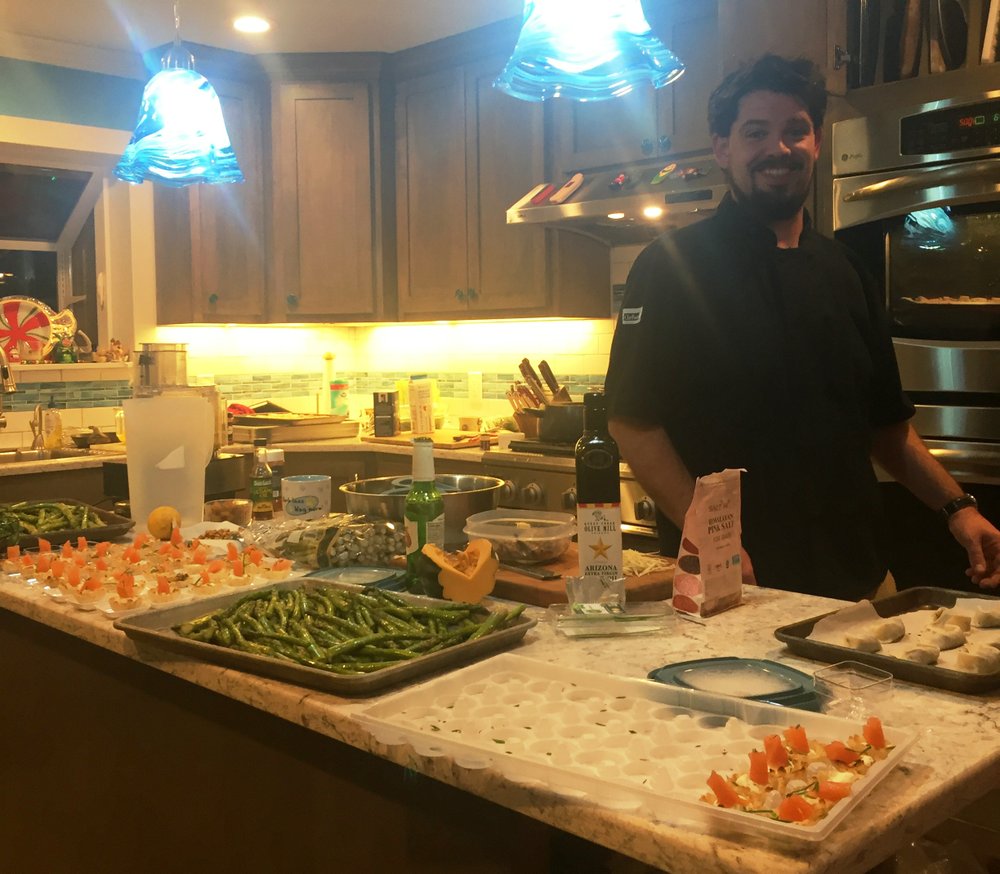 Once seated, we started with the amuse bouche, a small phyllo tart filled with homemade boursin cheese and topped with smoked salmon. For appetizers we had a wonton with Korean barbeque pork over black-eyed pea puree and topped with Napa cabbage slaw and pickled vegetables 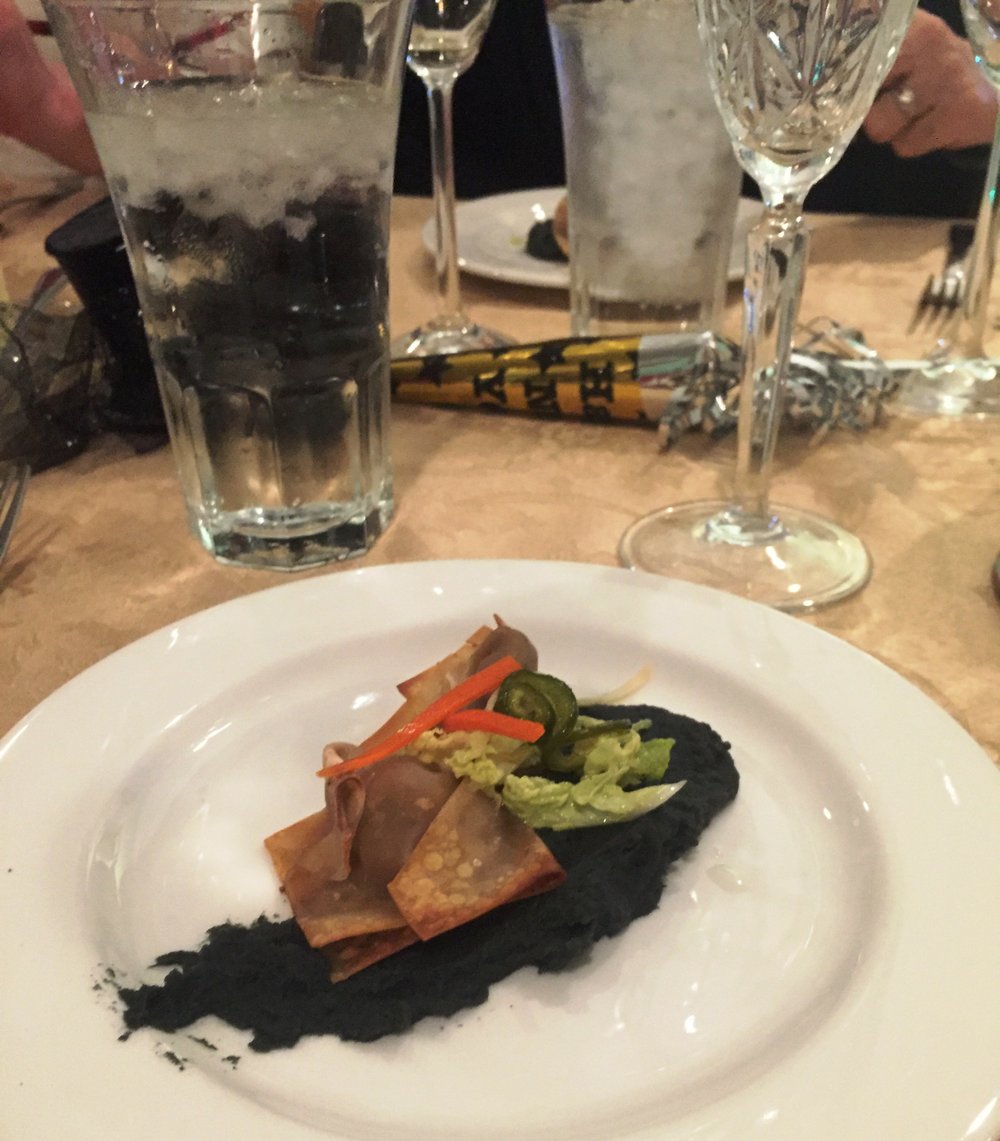 (we got in our good-luck food early). For the soup course we had shrimp bisque which was the best I have ever had, and I adore shrimp bisque. 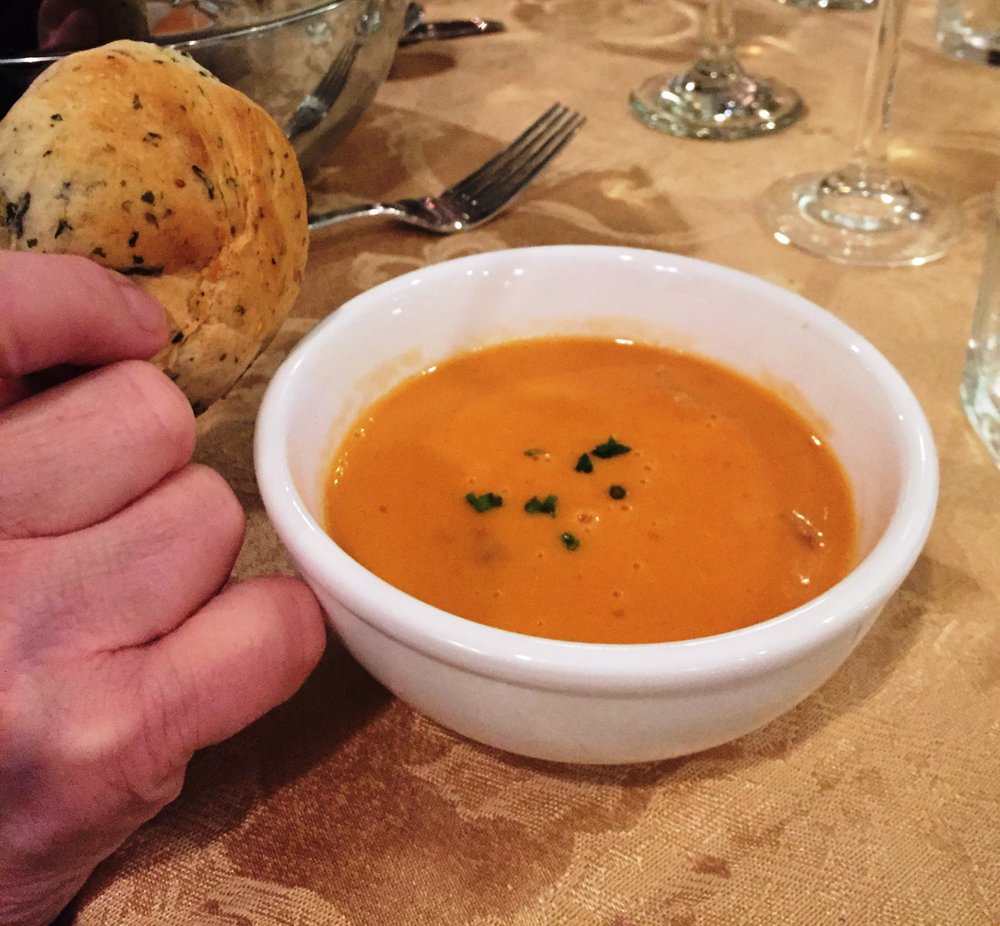 That was followed by the entree. Everyone had a choice of either filet mignon with Bearnaise sauce with au gratin potatoes and asparagus, 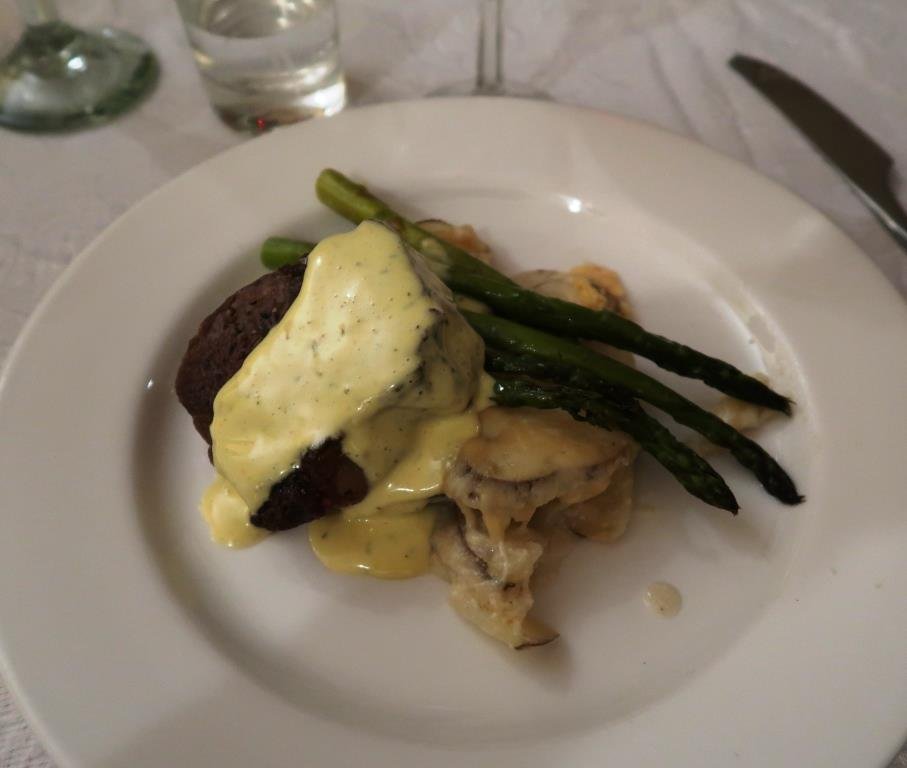 or pan seared scallops with a brown butter sauce with stone ground grits and asparagus. 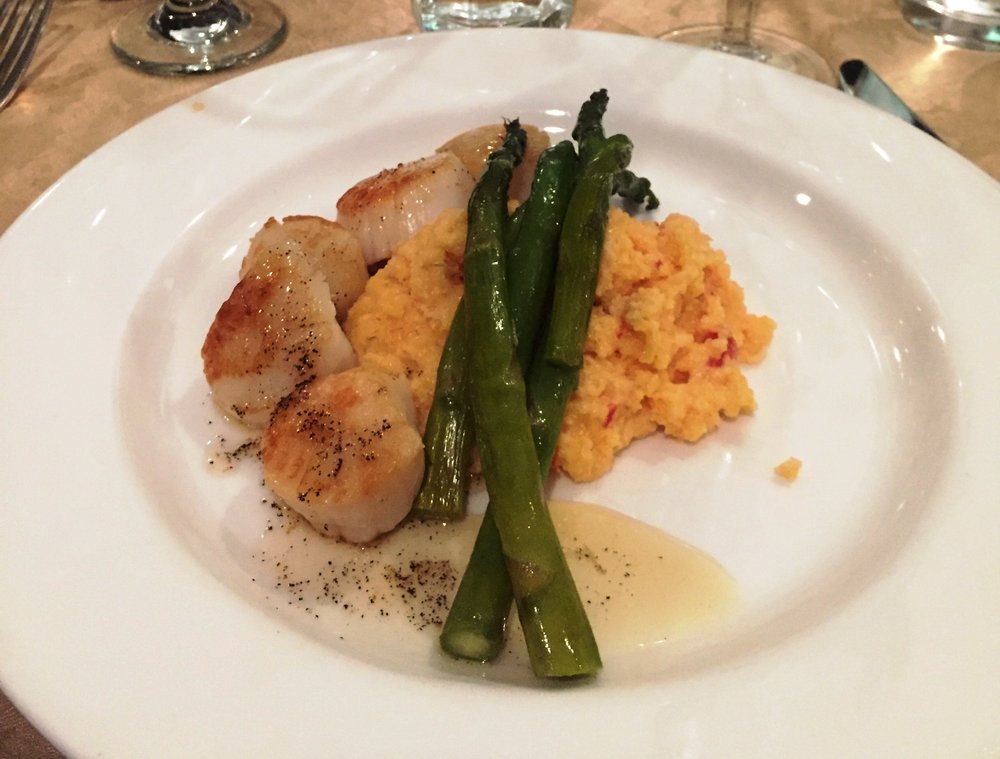 To top it off we had dark chocolate creme brulee. It was an excellent meal. 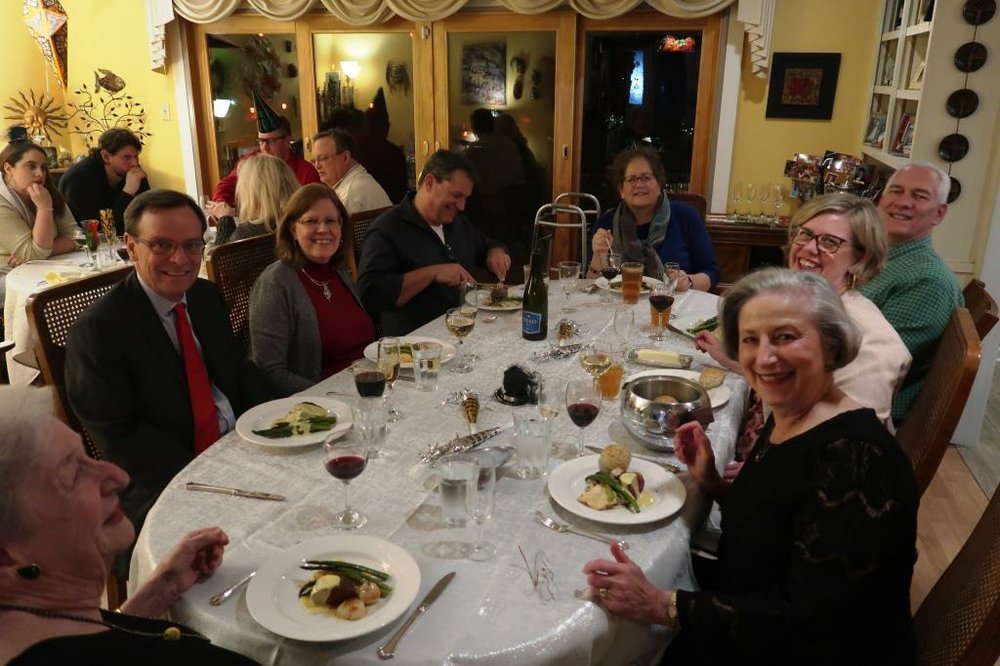 The Feild's along with Clay and I provided the wine and beer for the dinner. 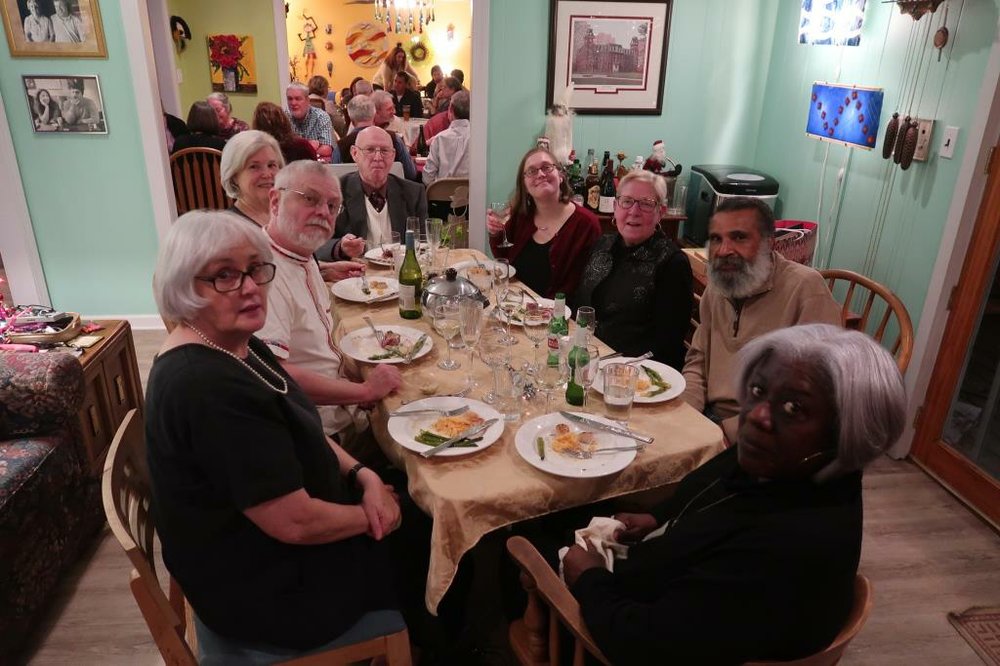 Clay and I were thrilled to be able to host Klever Cuisine's debut pop-up restaurant and we had a house full of good friends. 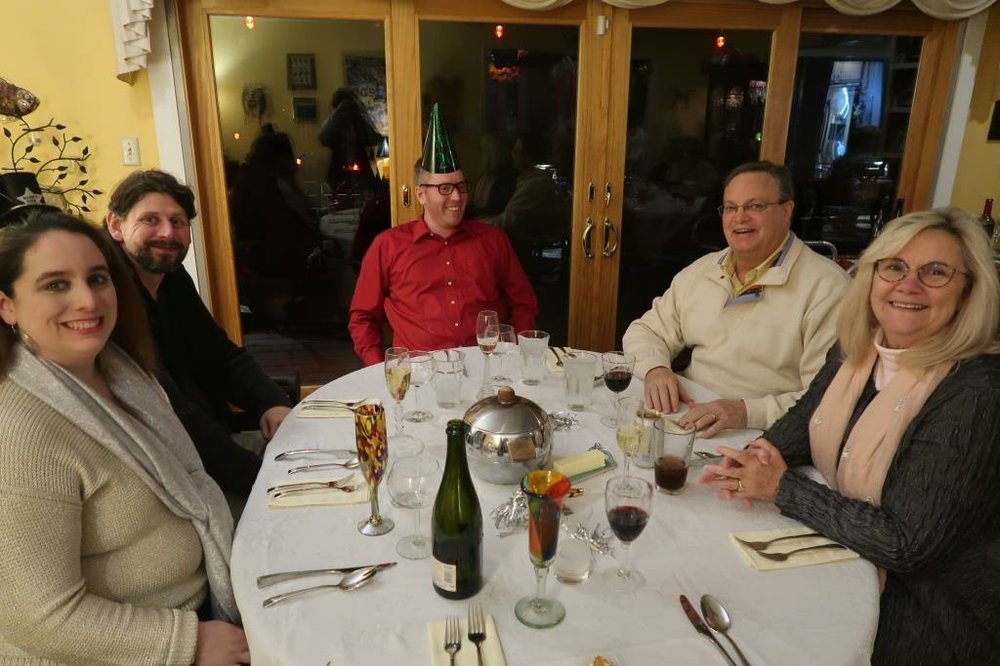 It was a perfect ending to a great year and an even better start to 2020!