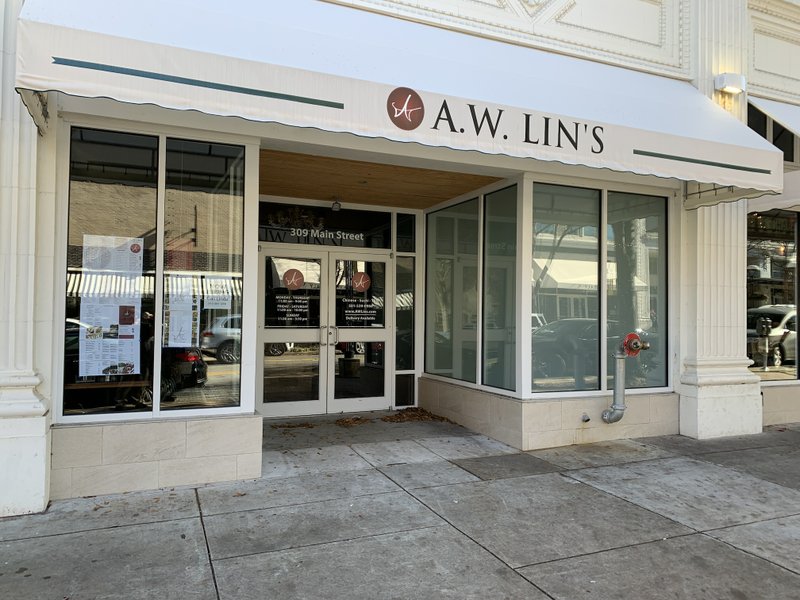 Restaurant industry scuttlebutt says the opening of the long-long-long awaited — as in, like, two years — downtown location of A.W. Lin's Asian Cuisine, 307 Main St., Little Rock, could happen in the coming week or two. Add it, when it happens, to the list of restaurants and bars on that block: Alsopp & Chapple, Brewski's Pub & Grub, Samantha's Tap Room and Wood Grill, Bruno's Little Italy and Soul Fish. A sign in the window says they're hiring; a posted menu in the window lists this phone number: (501) 539-0986. The Asian-fusion restaurant will continue to operate at its original location in the Promenade at Chenal, 17717 Chenal Parkway, which recently marked its seventh anniversary; the phone number there is (501) 821-5398; the Facebook page is facebook.com/AwLins. 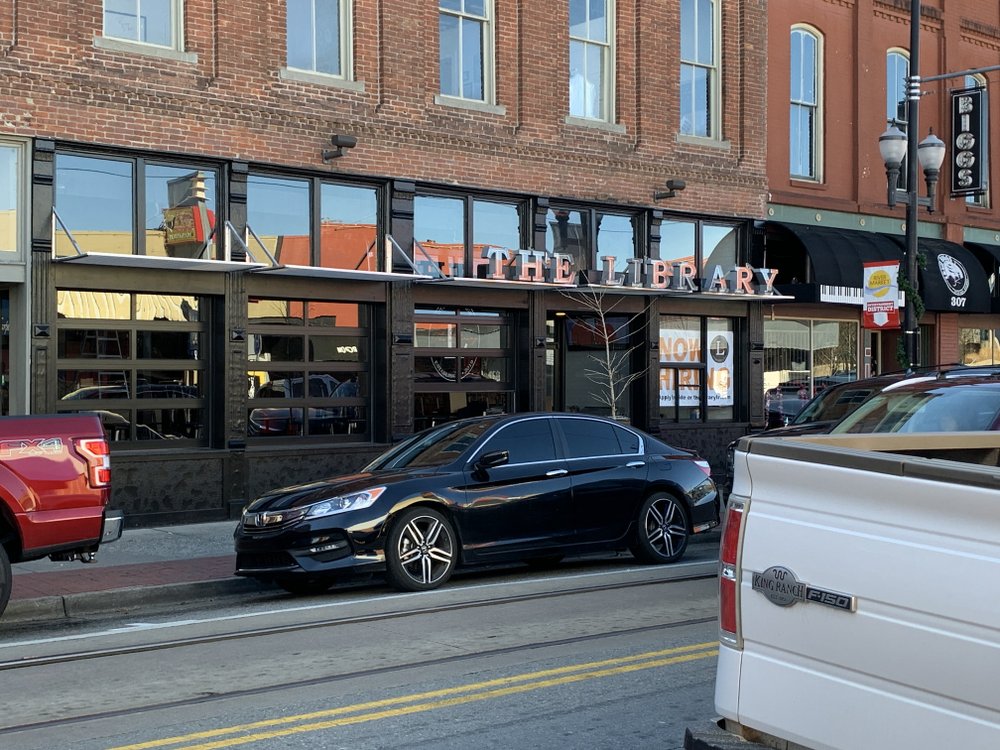 Following a New Year's Eve party earlier this week, we're looking for the official Wednesday opening for The Library Kitchen + Lounge in the former Gusano's, 313 President Clinton Ave., Little Rock. Hours will be 11 a.m.-midnight Sunday-Thursday, 11 a.m.-2 a.m. Friday-Saturday. The phone number is (501) 916-9826 (the one we published incorrectly last week was off by a digit), and the Facebook page is facebook.com/thelibraryLR.

Her interior plumbing inspections completed by state and city officials this week and exterior wastewater inspections pending, Erin Griffin, co-owner with husband Jon Griffin of Cotham's in the City, 1401 W. Third St., Little Rock, has revised her opening target for Hubcap Burger Co. in the former Casey's Bar-B-Q/Arkansas Burger Co. building, 7410 Cantrell Road, Little Rock, to the end of January — "but in reality," she says, "I'm just shooting for 2020." She said last month that she was spending $30,000 for plumbing and sewer work. Griffin says that in addition to Cotham's signature hubcap burger, almost everything on the menu will come on a bun, including catfish, chicken tender and grilled chicken sandwiches and a veggie burger. They'll also serve fresh-cut fries — "something we don't do at Cotham's," she says — and "different onion rings than we do downtown," and they're applying for a native beer permit to serve local brews. Tentative hours: 11 a.m.-8 p.m. Tuesday-Thursday, 11 a.m.-9 p.m. Friday-Saturday. A phone number is still pending.

Mid-January is the target for the opening of Newfangled Love Kitchen, in the Lakehill Shopping Center, 3824 John F. Kennedy Blvd. on North Little Rock's Park Hill. A recent post on the Facebook page (facebook.com/newfangledlovekitchen) indicates they're hiring chefs, cooks and dishwashers. It's two doors down from North Bar, where Newfangled Love Kitchen's Snee Dismang is a part-time bartender and which her husband, Kyle Dismang, and Eric Greer, co-own. A previous Facebook post indicates that Chicken & Waffle Tacos will be on the menu, which Snee Dismang had described on Instagram (instagram.com/p/B4jBJjqACoB) as "(gourmet-ish) diner food in a casual environment where you order at the counter" and including "plant-based vegan and gluten-free available cooked on dedicated gluten-free equipment." The Instagram page also features a photo of their mixed-drink minimum alcoholic beverage permit and mentions "13 taps and [a] cocktail list." The revolving-door space has housed several Mexican/Latin American restaurants, including Bucanas Billar y Taqueria, La Salsa Mexican & Peruvian Cuisine and Las Palmas. 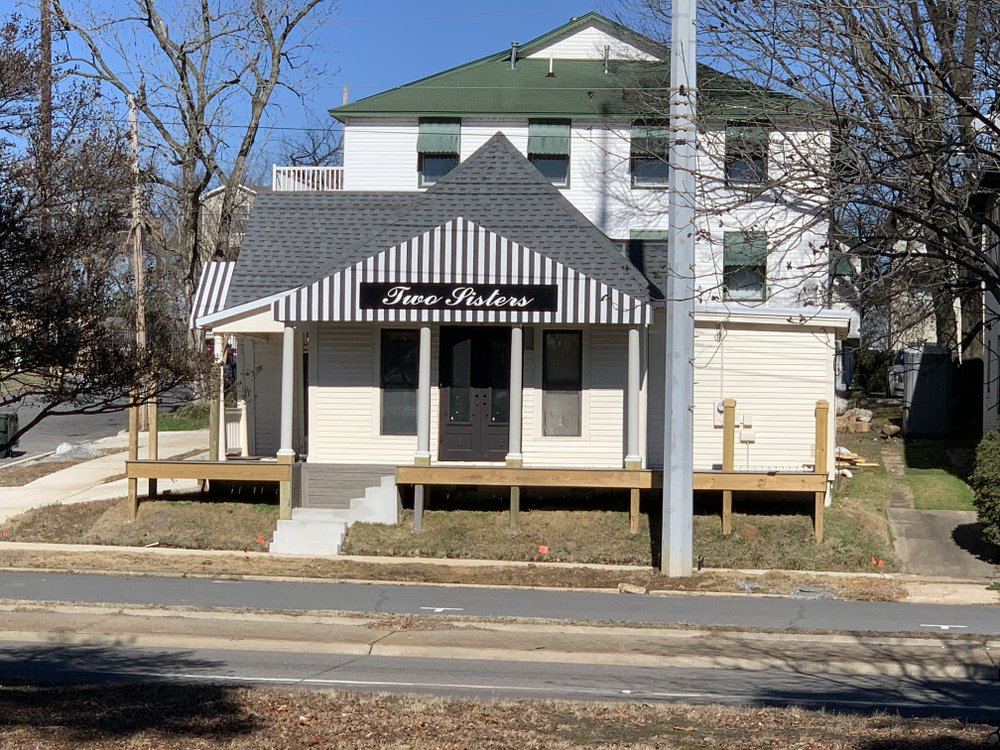 Look for the opening in February or March of the second Baja Grill in the under-renovation former Palace Theater, 224 W. South St., Benton. It's a return to its Saline County roots for the Cali-Mex operation, which started out as a Benton-based food truck before taking over 5923 Kavanaugh Blvd. in Little Rock's Pulaski Heights. President and CEO Heather Baber has said she expects the Benton outlet to have the same menu and the same hours — 11 a.m.-9 p.m. Monday-Thursday, 11 a.m.-10 p.m. Friday-Saturday; they're looking at keeping the bar area open perhaps an hour later than the dining room, "but we're going to play that by ear." The phone number in the Heights is (501) 722-8920; the website is EatBajaGrill.com.

CORRECTION: The phone number for Baja Grill, 5923 Kavanaugh Blvd. in Little Rock’s Pulaski Heights, is (501) 722-8920. An incorrect number ran in an earlier version of this story.