Trojans learning how to close out 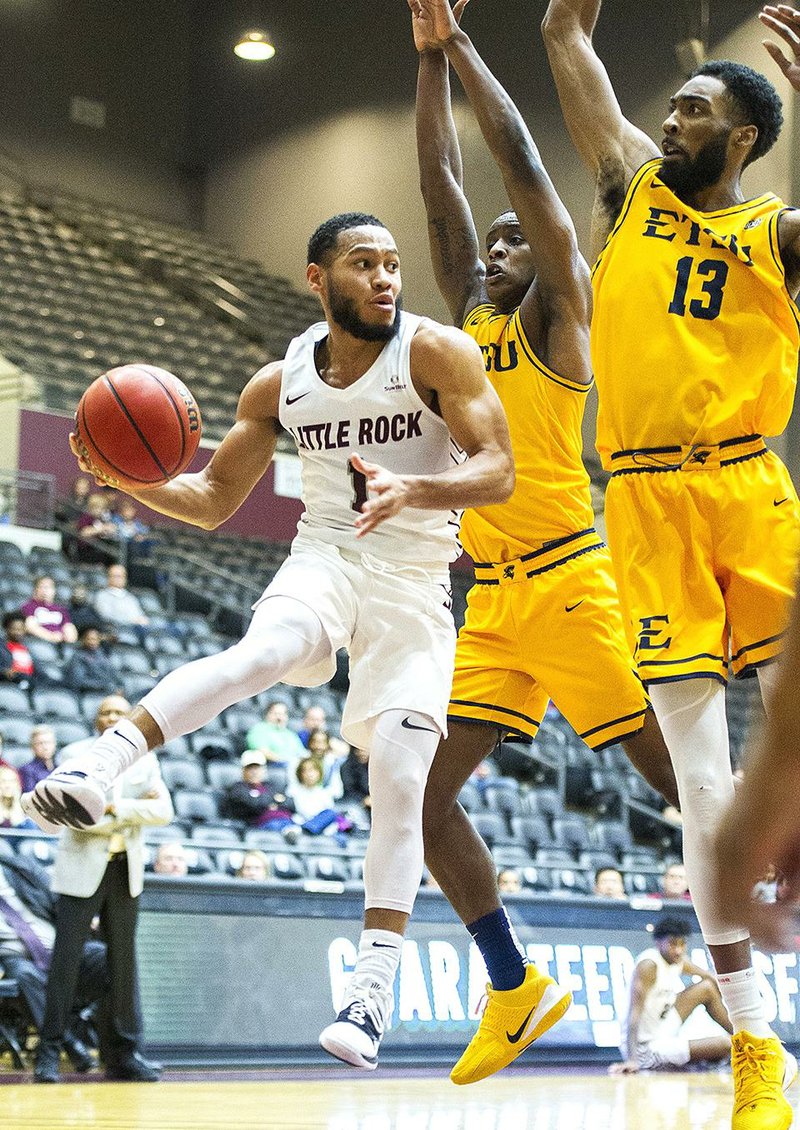 Markquis Nowell (left) and the UALR Trojans are 3-2 this season in games decided by five points or less after going 2-5 in such games last season. Nowell leads the Sun Belt in scoring at 19.8 points per game. (Arkansas Democrat-Gazette/Jeff Gammons)

If the first two games of Sun Belt Conference are any indication, the University of Arkansas at Little Rock men's basketball is slowly figuring out how to do what it so often couldn't last season -- close out tight games.

Take the last outing at Louisiana-Lafayette on Dec. 21, when the Trojans trailed by one heading into the final minute before sophomore point guard Markquis Nowell drained a go-ahead three-pointer, junior forward Ruot Monyyong threw down a dunk, freshman guard Isaiah Palermo knocked down a pair of throws, and the defense delivered a stop to close out a 69-66 victory.

Or look at two days prior at Louisiana-Monroe, when Nowell came through with a game-winning three-pointer with three seconds left that was launched from a spot closer to the half-court line than the three-point line, delivering a 73-72 victory.

That shot is still fresh in the mind of Coach Darrell Walker.

"This team has just a different type of -- I wouldn't say swag -- but confidence about their self," Walker said. "We've played some close games. This team is not afraid to play on the road. I sensed that right away [in] the Missouri State game, the Illinois State game, even the Memphis game. They're not afraid of the road."

The 2-0 Sun Belt start is something UALR hasn't achieved since the 2015-16 season, when the program won its first five league games en route to capturing both the Sun Belt regular-season and tournament crowns, and making it to the second round of the NCAA Tournament. And beating both Louisiana-Monroe and Louisiana-Lafayette on the road in the same season is something UALR hadn't accomplished since 2009.

"At the end of the day, it's about protecting home now," Walker said. "I think the Sun Belt is wide open. I don't think there's any clear-cut favorite in the conference from some of the teams that I've watched. Anybody can beat anybody. If you got a chance to win games at home, you got to take advantage of it."

The Trojans are already two victories away from matching last season's total.

"We really got to keep our composure. We've won two games [in the Sun Belt], but we could also lose the next three, and that'll be a whole different story."

Nowell has been the primary spark plug for the Trojans. The 5-7, 155-pound point guard posted a season-high 33 points in that last-second victory at Louisiana-Monroe. He leads the Sun Belt in scoring, averaging 19.8 points per game, while also averaging 4.5 assists, which ranks second in the league.

Walker is unsure when junior forward Kris Bankston (back) and junior guard Alsean Evans (toe) will return from their injuries.

Those two, along with Maric, have missed a combined 34 games, but the Trojans have plugged away toward a promising start.

"I don't know when that's gonna catch up to us," Walker said, "but right now it hasn't." 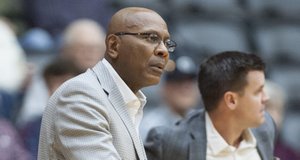 Print Headline: Trojans learning how to close out