This intensely focused documentary follows the career of one of the most distinctive voices through the late 20th and early 21st centuries. Its only drawback is that it reveals nothing about her personal life (for those of us who are interested, and who wouldn't be?). It's all about her investigation of musical styles, from folk and operetta to traditional Mexican and country.

Starting with her entry into the folk scene in her early 20s and continuing through her retirement in 2011 (forced upon her by Parkinson's disease, which robbed her of her unique voice), Ronstadt's extraordinary contributions (including being a 2019 Kennedy Center honoree) are chronicled through film clips, recordings and interviews with the likes of Bonnie Raitt, Dolly Parton, Emmylou Harris, California Gov. Jerry Brown, J.D. Souther, Cameron Crowe, Jackson Browne and Don Henley.

An Innocent Kiss (R, 1 hour, 51 minutes) If you like to watch others' dysfunctional families (assuming you have one as well), you're the prime target for this rowdy comedy. A popular annual festival in Guppie, S.C., is the setting for an uproarious get-together of the Barnes family, which already is facing destruction as core members Billy (R. Keith Harris) and Ellie (Whitney Goin) are involved in tearing apart their marriage amid financial problems and the challenges of raising three children. With Burt Reynolds, Michael Provost, Walter Duckworth, R. Keith Harris; directed by Jason Shirley.

The Shed (not rated, 97 minutes) No scares here; this illogical and lame attempt at horror concerns Stan (Jay Jay Warren), a troublemaking 17-year-old orphan who lives with his abusive grandfather and often defends his best friend Dommer (Cody Kostro) from the attacks of school bullies.

Making life worse is Stan's discovery of a murderous vampire living in his backyard shed. Although Stan is intent on finding a way to destroy the bloodthirsty creature, Dommer has a much more sinister plan in mind that just might take care of that bully problem. With Sophia Happonen, Frank Whaley, Timothy Bottoms; written and directed by Frank Sabatella. 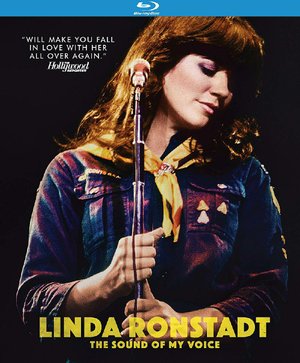 Linda Ronstadt The Sound of My Voice dvd