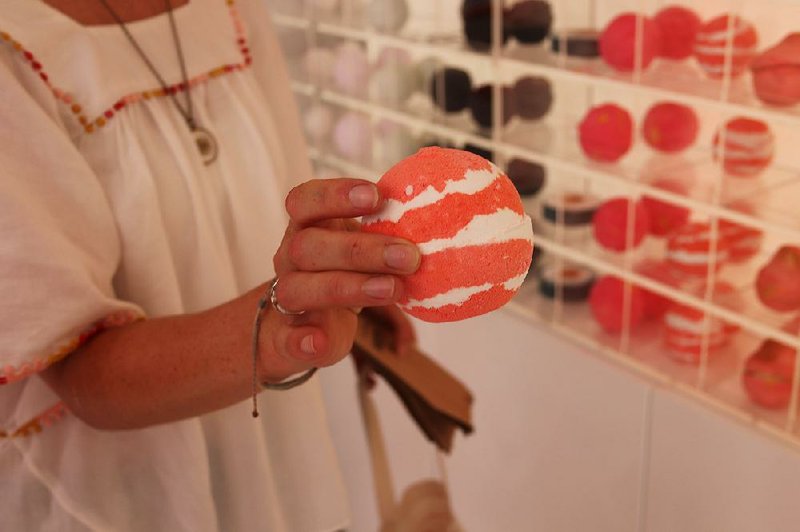 Among the most popular of Lush Cosmetics’ iconic bath bombs: The Olive Branch, bearing lemon and Sicilian mandarin oils, orange flower and bergamot. The Olive Branch was sold along with the company’s other bath bombs at its recent pop-up shop in Little Rock.

The company has applied to renovate a location in the Promenade at Chenal, 17711 Chenal Parkway, and is in the permitting process, according to city documents.

A spokeswoman for Lush said the company did not yet have any comments on a potential Little Rock location.

Lush submitted a permit application on Nov. 26 with plans for a 2,059-square-foot store in the Promenade, documents state. The location would have about 1,600 square feet of retail space.

The city reviewed the application. Little Rock Director of Planning and Development Jamie Collins said the process of approval is likely nearing its end. 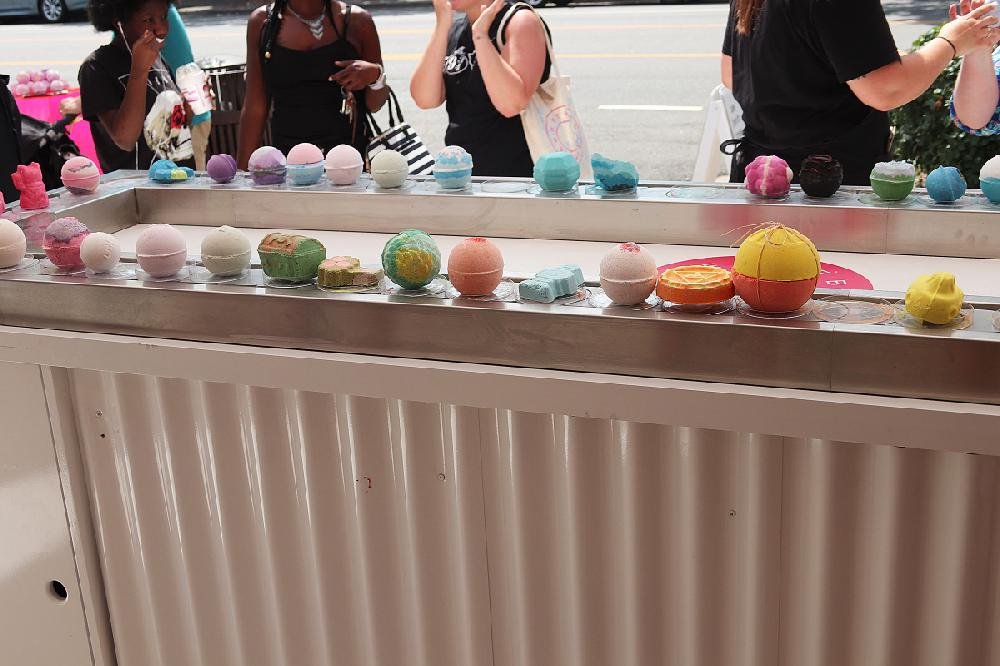 Lush Cosmetics’ bath bombs come in fun, quirky shapes, which is only fitting as the bath bomb was invented 30 years ago by the company’s founder. The bath bombs did everything but bomb during the pop-up shop set up by the company in Little Rock in August — even with an infusion of extra merchandise shipped in, the shop sold out before its scheduled closing time.

The cosmetics company is known for its range of beauty products, especially bath bombs, which dissolve in bathwater to produce colors and fragrance. The company organized a pop-up in August on South Main Street in Little Rock to sell the product.

Other popular items sold in its stores include face masks, shampoos, and lotions.

The United Kingdom-based company prides itself on not testing on animals and using fresh ingredients. According to the company’s website, there are more than 250 Lush stores in North America.