The Lowdown on Ironing

I grew up in a home much like Leave it to Beaver. My mother would have taken the prize for Suzy Homemaker of the Year--she cooked, she cleaned and she sewed. She kept an immaculate house; you could have eaten off of her floors. She cooked dinner every night--complete with a meat, starch, vegetable and a salad, and she sewed most of our clothes and they were better than store bought. She was the hub of the household and kept things running smoothly. She had a schedule each week for all tasks, laundry was one day, ironing another, dusting and vacuuming, etc. My mother loved to iron. Up until she was really sick, she ironed every week, and she ironed all the sheets--even the permanent press ones. At least one of her daughters missed out on some of those cleaning, sewing and ironing genes. In fact, I think one of the happiest days in her life was when I got cleaning ladies, so my house was clean every week.

But I don't have anyone to do ironing, and ironing is not one of the things I do very often, and lets not even mention sewing. I do own a sewing machine and a serger, but they are more for looks than use. The serger I inherited from my mother and has never been used by me. I actually own two irons. I was given an iron for graduation from high school and dutifully took it to college with me, but I am not sure I ever used it. In fact, I still own that iron today and it is in pristine condition, but we could use it for a doorstop, it weighs a ton. A few years ago, I decided I needed to get a newer model and I thought it might inspire me to iron more often. 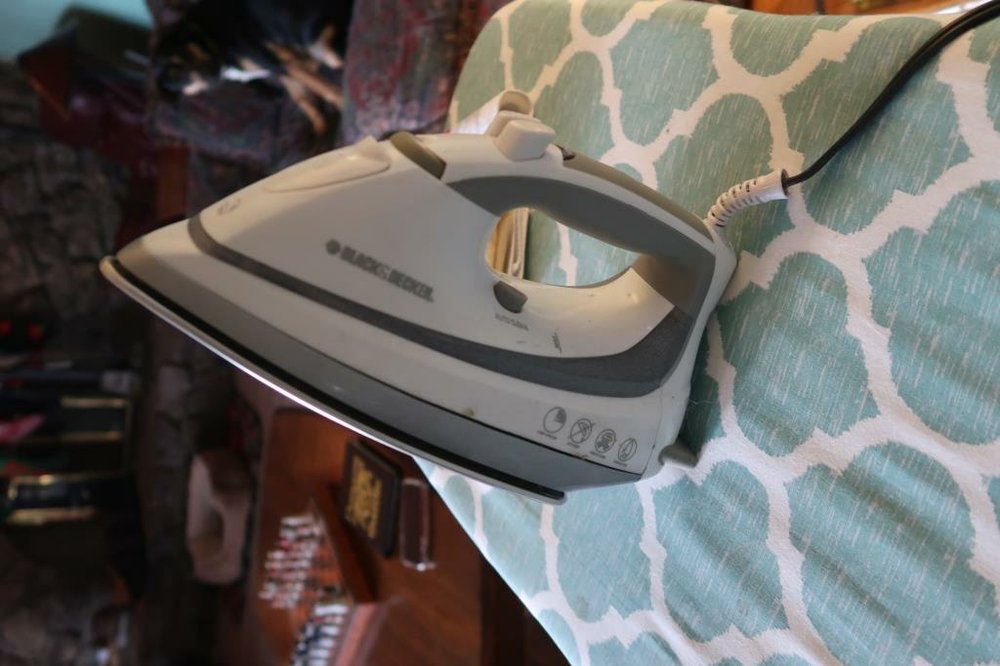 The one I got is much lighter and has more bells and whistles and I probably pull it out 2 or 3 times a year. I am a whiz at getting things out of the dryer on time and smoothing them out, then folding them. My family has learned to live with a little lived-in look for some things, or we take them to the cleaners. In fact, when my daughter was young and doing some therapy at Easter Seals, they were doing a test and she had to identify the tasks in the pictures. I was watching through a window as she was taking the test to see what they were asking. One of the pictures was of a woman ironing. After the test was over, I told them they needed to give her an extra two points, since she had never seen anyone iron! My mother was appalled.

Over the holidays we have used a lot of linens. In fact we use cloth napkins every night, all year. I never buy paper ones unless I am having a big party. I love linens and own tons of them, from napkins to tablecloths. I have quite a few that were my mothers and I have collected more and more over the years. I usually don't care if they match, but for our recent dinner popup, I made sure all matched each table. After I did all the laundry I decided it might be nice to put them up all duly pressed. Some of the 100% cotton ones were wadded up messes. 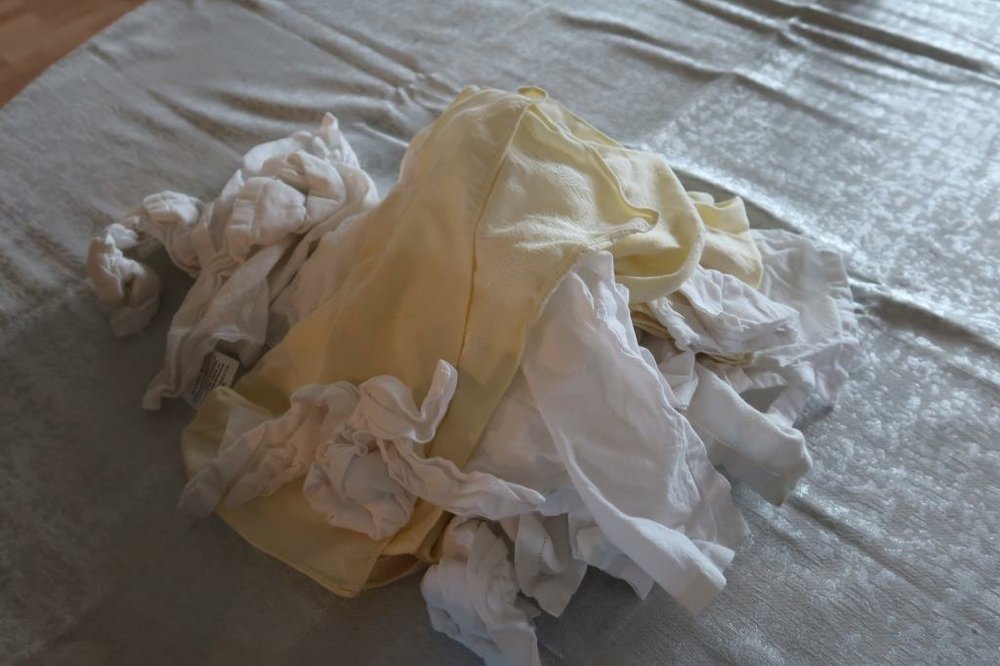 I had to dust off the ironing board and iron, and I brought it upstairs and decided to watch a TV show as I ironed. 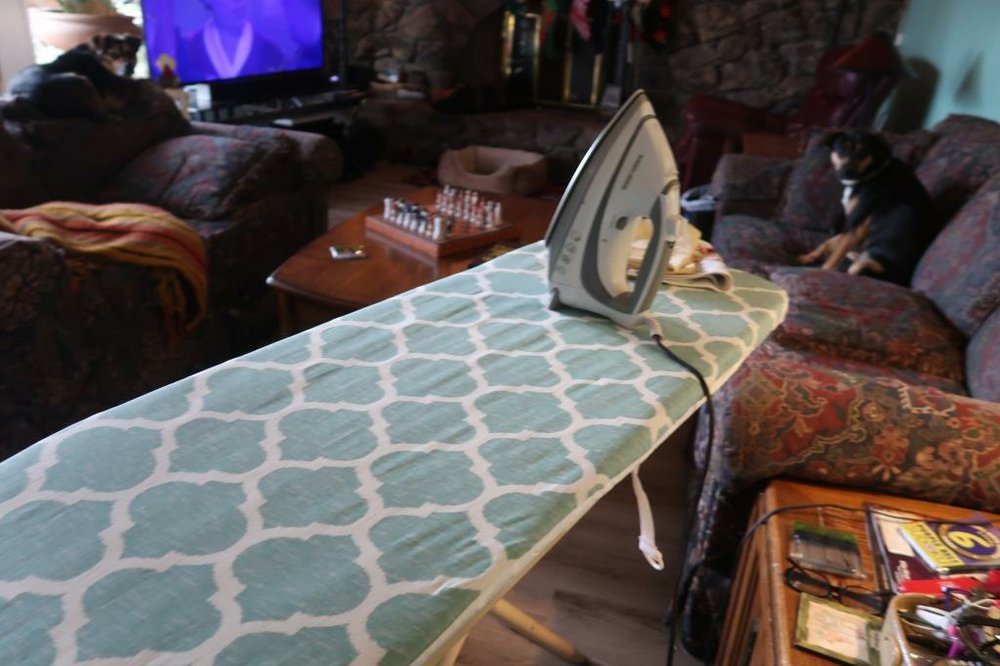 It was not smooth-sailing. I did not have any spray starch, which I think would have made things easier. I remembered my mother had a sprinkling bottle that she would dust things with water, so I tried that. It did help, but some of them still felt damp after they were smooth. I ironed for over an hour and even developed a small blister, I was working so hard!

Now I know why I don't iron.

I have organized the napkin drawer and everything is now sorted by color and type, and most are neatly pressed. 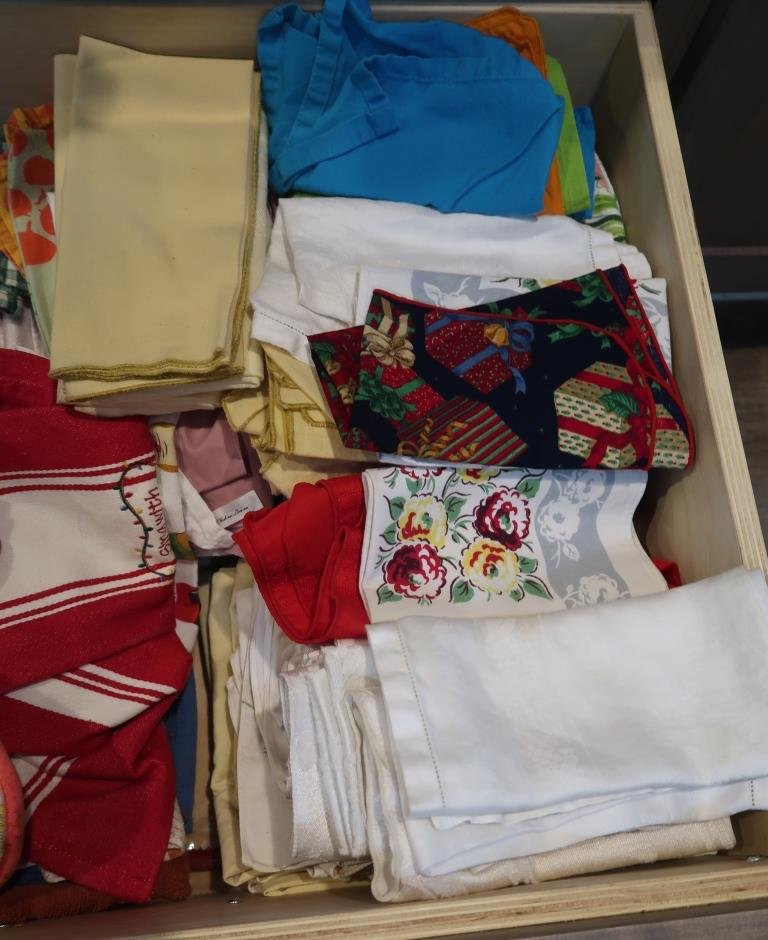 I am sure my mother would be proud that I made an attempt, but I think next time we will either have slightly rumpled napkins and tablecloths, or I will send them to the cleaners. Or maybe I will try some spray starch. However, I think there may be better ways to spend my time. Let's talk gardening and cooking!