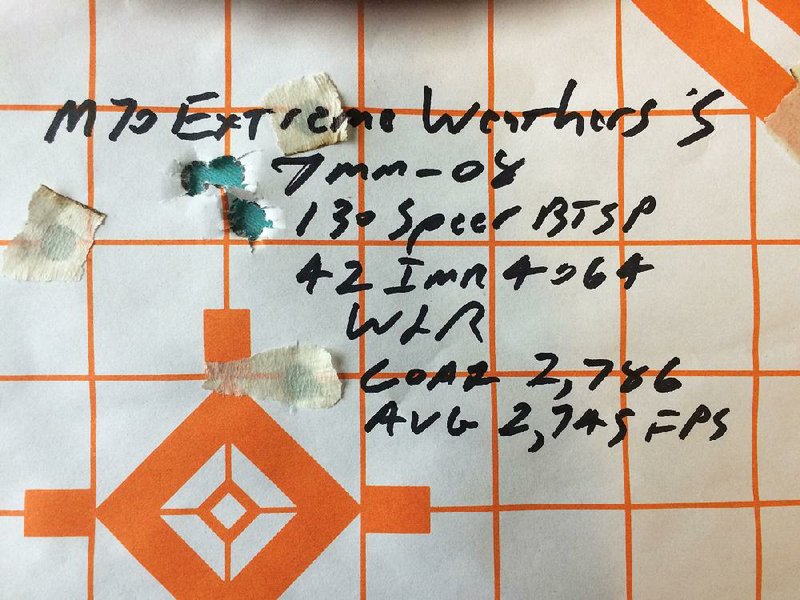 The author used one target to sight in multiple loads from three different rifles. He files the targets for future reference. (Arkansas Democrat-Gazette/Bryan Hendricks)

I should have been shooting with a chronograph all along.

As a rifleman, accuracy is my primary goal. I tailor my loads to consistently print tight groups on paper targets for the sake of accurate, dependable performance on game.

Deep down, however, I always wonder how fast they are. Reloading manuals list speeds generated in laboratory testing, but their tests almost always involve longer barrels than those on my rifles. Therefore, their velocities are always faster than mine.

Curiosity and pragmatism finally got the best of me. I got a Caldwell Precision Ballistics chronograph for Christmas. To write credibly about shooting and reloading, velocity is an essential part of the story..

The inspiration for this exegesis is a troublesome Winchester Model 70 Extreme Weather Stainless chambered in 7mm-08. Speed has been irrelevant to its story because it is maddeningly inaccurate. We chronicled its shortcomings throughout the summer. I finally developed a load accurate enough to kill a buck in November. It wasn't near accurate enough, so I've spent a much time testing a wide array of loads featuring many different powders and many different brands of 139- and 140-grain bullets.

The co-stars of this drama are a pair of Winchester Model 70 Featherweights. One is chambered in 7mm Mauser, and the other is in 308 Winchester. I've had the 308 since 1995, and I killed my first antlered buck with it. I haven't shot it in years.

My Featherweight is very accurate with 139-grain PPU, a cheap Serbian brand that is surprisingly high quality. That weight bullet is the domain of my Ruger 6.5x55 Swedish Mauser, so I've been working up considerably heavier loads for the 7mm Mauser. I settled on two options featuring 162-grain Hornady Interlock bullets loaded with various weights of H4831 powder and Winchester 760. H4831 is a stick powder, and 760 is a ball powder. I used Remington 91/2 Large Rifle Primers.

Here's where the chronograph entered the picture. It completes the picture, and it makes shooting even more fun.

The H4831 loads were pathetic. They printed way too low, and the groups were way too big. I won't use that powder again for this caliber.

The 760 loads were interesting. Of every three-shot group, two holes touched and a third was wide. It happened with every different charge. The fastest was 2,481 feet per second, which isn't bad for a slim, 22-inch sporter barrel. The slowest was 2,442 fps.

All reloading manuals list mild loads for the 7mm Mauser in deference to all the old Mauser actions still in circulation that might not tolerate hot, high-pressure loads. My brass ejected cool, and three shots in succession scarcely warmed the barrel.

For the next session, I reloaded 20 cartridges with 760, starting at the maximum published load of 44.8 grains and backing down 2/10 of a grain in groups of three.

My lightest load was 42.8 grains, which was way too slow, too low and too wide.

After the session, I replaced that scope with a Leupold VXR 3.5-10X40 with a 30mm tube. I will also reload the next batch with match grade Large Rifle Magnum Primers, which are recommended for 760. I bought Federal Gold Match LRM for this purpose. I anticipate greatness.

For the latest foray into futilitywith this drama queen of a rifle, I loaded 40 Sierra 140-grain GameKings with various loads of Reloader 15, IMR-4350 and IMR-4064.

Finally, I concluded that this rifle just doesn't like 140-grain bullets.

My Remington 700 BDL loves 130-grain Speer boat tail soft points powered by 42 grains of IMR-4064 and Winchester Large Rifle Primers. Maybe the Winchester would like that load, too.

Boy, did it ever!

Due to time constraints, I only fired three rounds. They printed .266 inch, with two holes touching. The middle hole and the far hole were close enough to tear the paper between them. The velocities were around 2,775 fps.

Interestingly, I also loaded that same combination with Remington Large Rifle Primers. Those three shots printed roughly a 2-inch group that was symmetrically identical to the group with the Winchester primers. Different primers really do make that much of a difference.

I now have a fairly fast, very accurate load that works equally well for a fair weather rifle and a foul weather rifle.

I'm done fooling with it.

This rifle didn't group any of these loads particularly well, the Barnes least of all. However, it clustered all of the lead bullets in a 4-inch center circle, which is good enough for game. The Interlocks were very slow. Too slow.

I am now obsessed with making this old favorite shoot, too. It's a sickness.

All of this shooting has produced one major improvement. I exert much better control over my rifles. I've nearly eliminated muzzle jump. I can just about keep the scope on the target all the way to impact, and my shoulder is not at all sore.

I'm a much better shooter as a result. 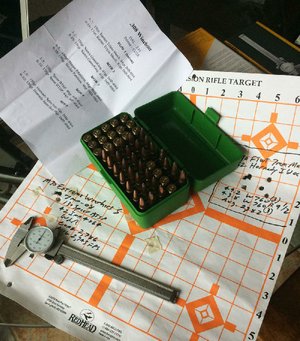 After months of testing, the author finally found a load that brought out the best in a troublesome Winchester 7mm-08 rifle. More photos are available at arkansasonline.com/15targeting/ (Arkansas Democrat-Gazette/Bryan Hendricks) 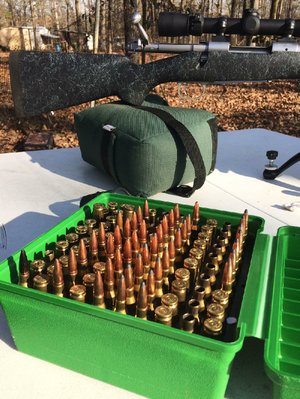 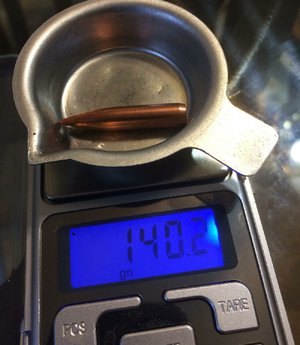 Bullet weights often vary by as much as plus or minus three-tenths of a grain. The author sorts them by weight and groups them accordingly. (Arkansas Democrat-Gazette/Bryan Hendricks) 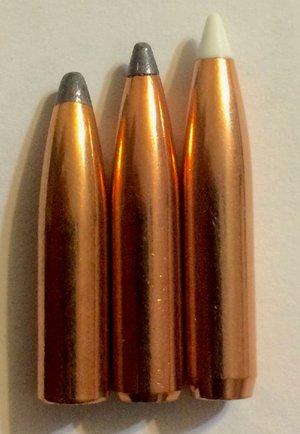 Not all bullets are built the same. These are all 140-grain, 6.5-mm bullets. Their lengths and geometry require seating them at different lengths. (Arkansas Democrat-Gazette/Bryan Hendricks)