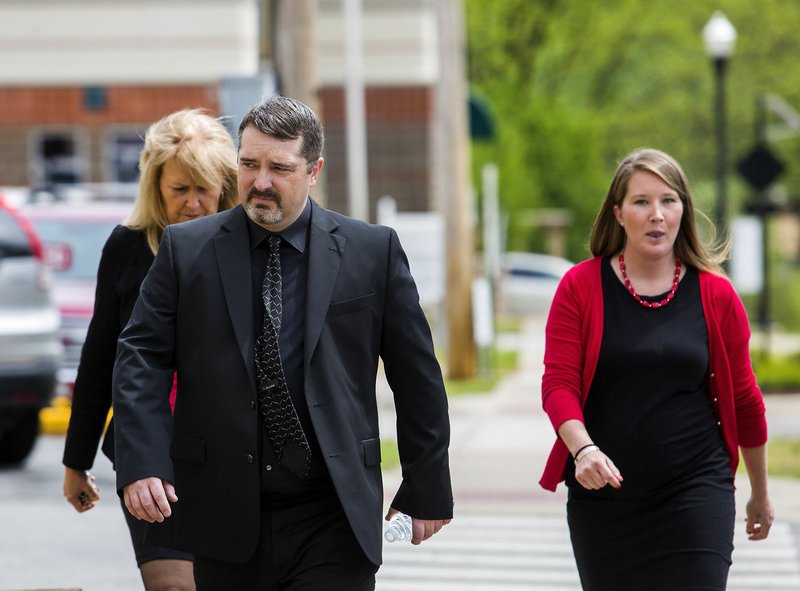 BENTONVILLE -- Former Benton County Sheriff Kelley Cradduck was killed Sunday in a crash in Oklahoma, according to a report from the Oklahoma Highway Patrol.

Cradduck was driving a 2008 Ford Ranger at 1:46 p.m. Sunday on Oklahoma 82 in Mayes County when the vehicle went off the roadway. It hit a Chevron sign and several small trees, and it rolled an undetermined number of times, according to the report. Cradduck's Ford struck a tree and ended up on its passenger side.

Cradduck was able to get out of the vehicle, and he walked 220 feet north of the vehicle on the other side of the highway, according to the report.

Cradduck, 49, was found there and pronounced dead.

The cause of the crash is under investigation. The weather was clear and the roadway was dry.

Cradduck was elected twice as sheriff of Benton County. He was sheriff from 2013 until April 2016, when he resigned during his second term after pleading no contest to misdemeanor tampering. He was placed on unsupervised probation for six months and paid $670 in court costs.

A felony tampering charge was dismissed, and the case has been expunged.

Cradduck was also a Rogers police officer for several years.