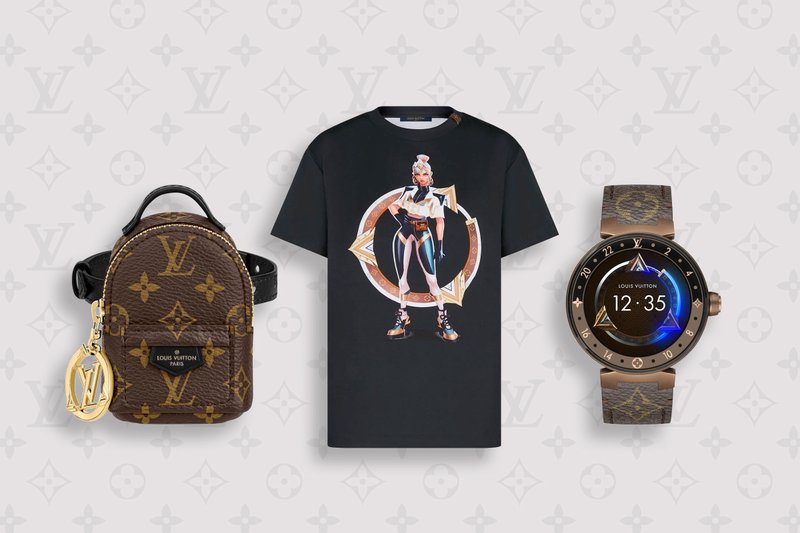 The crossover between high fashion and esports continues with Louis Vuitton releasing its capsule collection from its partnership with Riot Games and League of Legends. (Louis Vuitton)

It's Qiyana. The "League of Legends" character is just standing there, imprinted on a black T-shirt. It's called "gaming fashion," and it costs $670.

The crossover between high fashion and esports continues with Louis Vuitton releasing its capsule collection from its partnership with Riot Games and "League of Legends." The companies worked together for the League of Legends World Championship Finals in Paris in November, where hip-hop super group True Damage debuted and in-game character skins designed by Louis Vuitton were released as part of the couture-flavored partnership.

Among the real-world goods, the T-shirt is one item in a line of 47 pricey products. The most expensive is the "LVXLOL Leather Biker Jacket," which will do about $5,650 in true damage to your wallet.

Other items include a Qiyana key holder and bag charm for $515, a camouflage-inspired bucket hat for $730, or a pair of very anime-looking sneakers for more than $1,000.

The prices are not a departure for Louis Vuitton products, not even the four-figure cost of the brand's version of a smartwatch, the Tambour Horizon. The new "League of Legends" version will run buyers $3,060, about the same price as Louis Vuitton's other models.

Louis Vuitton's partnership isn't its first with a video game brand. In 2016, the company partnered with Square Enix to promote the "Final Fantasy" series, featuring the game's lead woman, Lightning, in an ad campaign.