Trump reverses on threat; Arkansans against targeting of cultural sites 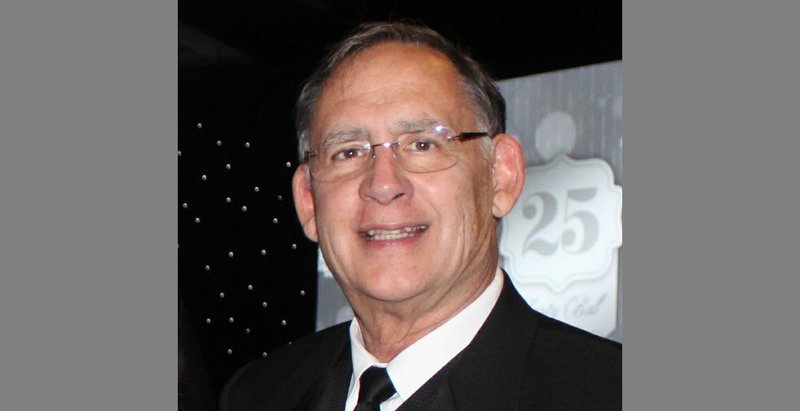 Sen. John Boozman is shown in this file photo.

WASHINGTON -- After threatening to strike Iranian cultural sites, President Donald Trump backtracked Tuesday, acknowledging that such strikes may not be legally permissible.

Appearing in the Oval Office with Greek Prime Minister Kyriakos Mitsotakis, the president told reporters that his administration is "supposed to be very careful with [Iran's] cultural heritage."

"And you know what, if that's what the law is, I will. I like to obey the law," Trump said. "But think of it: They kill our people, they blow up our people, and then we have to be very gentle with their cultural institutions. But I'm OK with it."

Trump's previous threats, posted on Twitter and repeated to reporters aboard Air Force One, had drawn rebukes from some leaders, who warned such a move would violate U.S. treaty obligations.

In a tweet Monday, Wesley Clark, the former NATO supreme allied commander in Europe, portrayed the approach as dangerous and illegal.

"Such a tactic would be a war crime. I unequivocally oppose it," he wrote.

Speaking with reporters Tuesday, Secretary of State Mike Pompeo insisted the U.S. would comply with the global standards.

"Every target that's being reviewed, every effort that's being made will always be conducted inside the international laws of war," Pompeo said.

U.S. Sen. John Boozman, a Republican from Rogers who serves on the Smithsonian's board of regents, was among those urging caution.

"I don't really know what [Trump] was referring to, you know, in saying that, but we certainly have all kinds of military targets that we could attack, and I think that would be my preference and I think most of Congress," he said in an interview Monday.

Unless they are clandestinely housing "some very important military target," which seems unlikely, he said, libraries, museums, churches and mosques should be spared.

"Hitting a museum or something like that, I can't see that that would help at all. In fact it probably would harden up the hearts [of Iranians]" and unite a nation that is riven by internal conflict, he said. "I don't see how you gain any sort of military advantage, or any advantage at all, in going after targets like that."

"Let this serve as a WARNING that if Iran strikes any Americans, or American assets, we have targeted 52 Iranian sites (representing the 52 American hostages taken by Iran many years ago), some at a very high level & important to Iran & the Iranian culture, and those targets, and Iran itself, WILL BE HIT VERY FAST AND VERY HARD," he tweeted Saturday.

While Boozman voiced concerns about such a tactic, others declined to question the president.

During an interview Sunday, U.S. Sen. Tom Cotton wouldn't discuss whether the Smithsonian and the Library of Congress and their Iranian equivalents should be off limits in the event of hostilities.

Others called for international law to be respected.

"I support abiding by international laws and trust that our military leaders at the Pentagon will uphold established rules of engagement when conducting combat operations," U.S. Rep. French Hill, a Republican from Little Rock, said in a written statement.

U.S. Rep. Steve Womack voiced confidence that Trump would do the right thing, according to his spokeswoman, Alexia Sikora.

"If a strike becomes necessary, Congressman Womack is confident that our Commander-in-Chief will abide by the laws of armed conflict. As a 30-year veteran, the Congressman respects the need to defend American interests and follow established military accords," she said in an email.

Kenneth Gallant, a professor emeritus at the University of Arkansas at Little Rock's William H. Bowen School of Law, said cultural sites are typically places where civilians congregate -- not soldiers.

International law not only protects cultural sites, but it also seeks to shield innocent civilians from slaughter.

"You can't attack, deliberately attack, civilian targets in order to kill or injure civilians and destroy property," he said.

Under international law, cultural sites might be legitimate targets, however, if they serve dual purposes.

"The White House or the Kremlin or similar places you could name in other countries where the commander in chief of the armed forces makes decisions" might not be shielded by international law, he said.

In a nation like Iran, with a history stretching back thousands of years, there are many places with extraordinary cultural value, according to United Nations officials.

Iran has 24 World Heritage Sites, including 22 that are cultural, according to the United Nations Educational, Scientific and Cultural Organization.

Little Rock defense attorney John Wesley Hall, who represented a man charged with international war crimes in Sierra Leone, said attacks on cultural sites have long been outlawed. Most world leaders, if they employed the strategy, would be risking prosecution and imprisonment, he said.

Trump isn't one of them, however.

"It would be a war crime, but the U.S. is not a party to the International Criminal Court," Hall said.

Globally, 122 nations are parties to the Rome Statute, the 1998 treaty that led to the creation of the global judicial body.

"[President Bill] Clinton agreed to join the International Criminal Court, but the Senate never approved of the treaty, so it's not U.S. law," Hall said.

While the Rome Statute is only 22 years old, efforts to bar wartime attacks on cultural sites stretch back at least to the 19th century.

The Convention with Respect to the Laws and Customs of War on Land, adopted at the Hague Peace Conference in 1899, included an entire section devoted to the protection of cultural sites.

"In sieges and bombardments all necessary steps should be taken to spare as far as possible edifices devoted to religion, art, science, and charity, hospitals, and places where the sick and wounded are collected, provided they are not used at the same time for military purposes," it stated.

Similar language was included at the Hague Convention in 1907, and the principle was incorporated in several later treaties.

The United States has signed several treaties that include protections for cultural sites, according to Uche Ewelukwa Ofodile, a professor at the University of Arkansas School of Law and an expert on international law.

The Islamic State has attacked cultural sites, and members of the international community have strived to shield them from destruction, she said.

The idea that the United States, a leader in the effort, might target cultural sites is "shocking," she said.

Additionally, many of Iran's key cultural sites are religious in nature, she said. Destroying them could inflame the entire Muslim world, she added.

An attack on Islamic holy sites would put Christian holy places -- and the people who worship there -- at risk, she added.

Minority religious communities would be particularly imperiled, she said.

"My fear is that something like that could [unleash] religious and cultural wars in so many countries," she said.