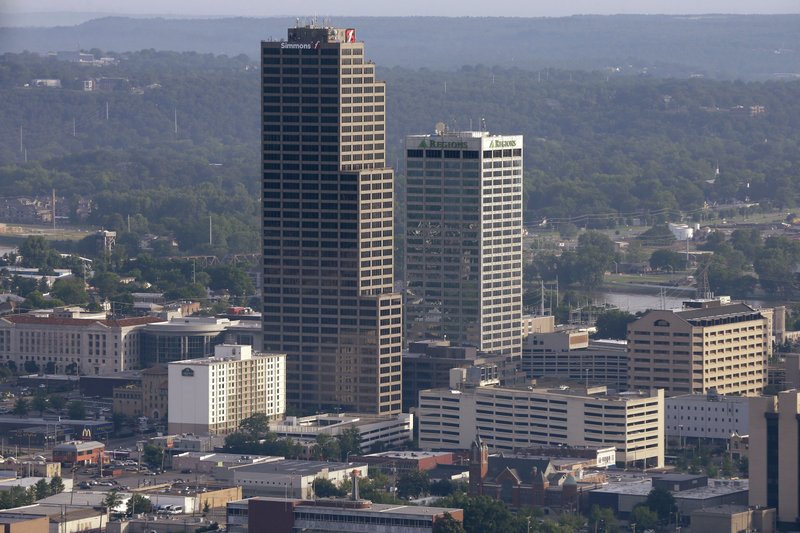 The Regions Building, which is to the right of the taller Simmons Building, is seen in this 2015 file photo. ( Danny Johnston / The Associated Press )

Gordon Wittenberg, a prominent architect who worked on the design for the State Hospital, died Wednesday of heart failure. He was 98.

Wittenberg of Little Rock took over at his father's firm -- Wittenberg, Delony & Davidson Architects -- in 1950 after he got out of the Air Force after duty in World War II.

"He was one of that generation that came back from the second World War and built our city," said Ray Wittenberg, Gordon's son.

Gordon Wittenberg also worked on the Entergy Building and the Regions Bank building in downtown Little Rock. He also was co-author of Architects of Little Rock: 1833-1950, which profiles several Arkansas architects. 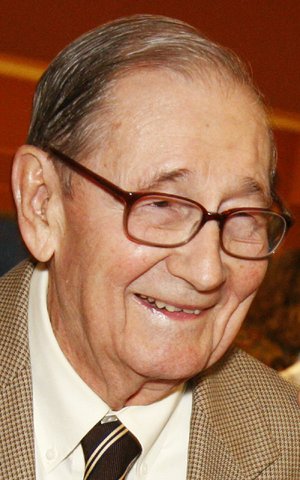 Wittenberg and co-author Charles Witsell received the Dick Savage Memorial Award from the American Institute of Architects in 2014. Wittenberg also received a Fay Jones Gold Medal in 1992 and was inducted into the Construction Hall of Fame in 2002.

Wittenberg became a partner in the firm in 1953 and was selected as president six years later. He retired in 1983, and during his time at the firm it received 30 outstanding-design awards for its offices, public schools, colleges, hospitals and prisons, according to an entry in the CALS Encyclopedia of Arkansas.

Even after retirement he stopped by the office about once a month, said Chad Young, the firm's president. Wittenberg would ask how projects were going and sometimes offer fresh ideas.

Once, when Wittenberg stopped by, he inquired about where the architects were storing the preliminary sketches and renderings from projects. When Young replied they were filed away, Wittenberg suggested they take out the drawings to decorate the office.

"His legacy lives on," Young said of the encounter. "He's had a huge impact on architecture in the state of Arkansas -- some huge projects. [He was] just a real champion for doing good work."

Gordon Wittenberg Jr. said his father's favorite building he worked on was the State Hospital. The building is designed in pods, which were intended to be organized based on regions of Arkansas to give patients a more normal social identity, he said.

"He loved to kind of tour people around Little Rock and would always take them by the hospital," Wittenberg said. "He would consider that his most important project."

Wittenberg often would take his two sons along when he worked briefly as a building contractor, taking them to small towns across Arkansas when he would interview for jobs, and to the office where he would show them how to draw, his sons said.

He also loved to take them hunting and fishing. Ray Wittenberg recalled taking a boat out to small islands on Lake Ouachita to watch the sunset with the entire family, and his son remembered a trip to the Buffalo River to camp.

"We didn't take a lot of things that we needed, and everybody got very creative," he said with a laugh. "It was really a fun family adventure."

Gordon Wittenberg was married to Anna Mary Wittenberg for 50 years. After she died, he married Betsy Rowland.

He was devoted to Arkansas and to Little Rock, his sons said.

"He just loved the state and loved the firm," Wittenberg Jr. said.

He once received a job offer from a firm in San Francisco, but turned it down.

"His life was very well-rounded, and he was very active civically," Ray Wittenberg said. "He was the whole package of that generation and left his mark behind him in the city with all of these buildings."