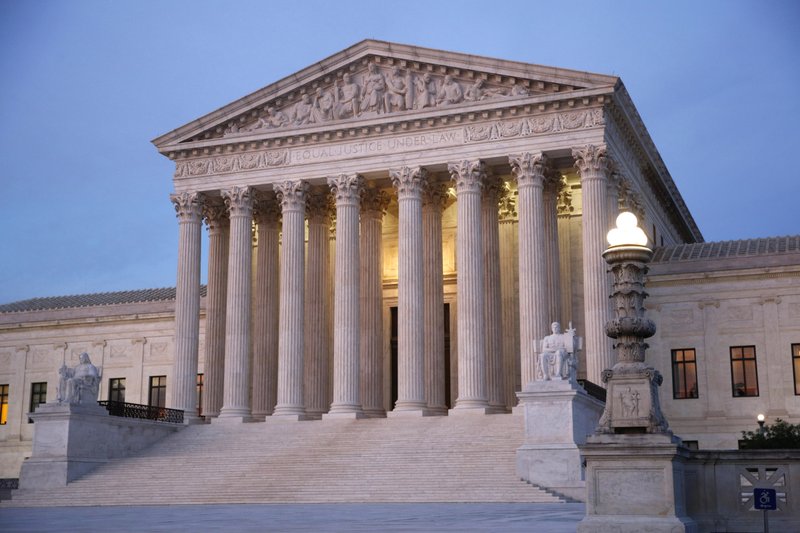 In this May 23, 2019 photo, the U.S. Supreme Court building at dusk on Capitol Hill in Washington. (AP Photo/Patrick Semansky)

The U.S. Supreme Court on Friday agreed to take up Arkansas' appeal of rulings that have limited the state's ability to regulate companies that pay pharmacies on behalf of health plans.

Over the past several years, Arkansas lawmakers have attempted to regulate the companies, known as pharmacy benefit managers, in response to pharmacists' complaints about low reimbursement rates.

Because of federal court rulings, however, the regulations haven't been applied to plans in which an employer, rather than an insurance company, is ultimately responsible for providing the money that pays for employees' health expenses.

Under the federal Employment Retirement Income Security Act of 1974, those plans are regulated by the U.S. Department of Labor rather than state insurance departments.

"Our feeling is the [pharmacy benefit managers] hide behind the curtain of opaqueness in [the federal law] to escape meaningful regulation by states," Vinson said. "They want to avoid that regulation as much as possible."

"These inefficiencies divert funds from where they should be spent: providing access to the health care services on which employees of plans across the country rely."

The U.S. Supreme Court's announcement on Friday means that at least five of its nine justices agreed to take up the case.

Francisco said rulings in the Arkansas case conflict with earlier Supreme Court rulings "and the decisions of other courts of appeals on an important question of federal law."

In November, 31 states and the District of Columbia also filed a brief in support of Arkansas, saying decisions in the case have created "confusion and uncertainty regarding States' power to regulate" pharmacy benefit managers.

"The U.S. is the only country in the world that has turned over the management of prescription drugs to PBMs and the U.S. has the highest drug costs in the world," Hoey said in a statement. "We don't think that is coincidence."

He said the court likely will hear oral arguments in the case in the spring and issue a ruling by the end of June, when its current term ends.

Rutledge said the Supreme Court's decision is "a victory for Arkansas and especially our rural pharmacies."

"Pharmacy benefit managers need to be held accountable for the alarming number of small town pharmacies they have closed due to unfair business practices," she said in a statement.

The law also requires pharmacy benefit managers to establish a process for pharmacies to file appeals when the reimbursement for a drug is below the pharmacist's cost to obtain it from a wholesaler.

U.S. District Judge Brian Miller ruled in 2017 that the law can't apply to drug claims paid by plans regulated by the federal Labor Department. The 8th U.S. Circuit Court of Appeals in St. Louis upheld that finding in 2018.

Vinson said the court rulings have made Act 900 difficult to enforce and limited the reach of subsequent laws aimed at helping pharmacists.