Just when the University of Arkansas at Little Rock men's basketball team gained two of its pieces back, another is now on the mend.

Sophomore point guard Markquis Nowell, the Sun Belt Conference's second-leading scorer, is day-to-day with a hamstring injury and is questionable to play when the Trojans (11-6, 5-1 Sun Belt) host South Alabama (10-7, 3-3) at 4:30 p.m. today at the Jack Stephens Center in Little Rock.

Nowell was forced to exit the game after the suffering the injury late in Monday night's 79-73 victory over Georgia Southern at home. He was unable to play in Thursday night's 76-71 loss at Troy, UALR's first defeat in Sun Belt play. A victory would have given UALR its best conference start in program history.

"It's nothing torn," UALR Coach Darrell Walker said Friday, "but it's enough where you got to be careful with it."

Junior guard Jaizec Lottie stepped into the starting lineup in Nowell's place Thursday and will do so again today if Nowell can't go.

Lottie, 6-1, 180 pounds, is a versatile combo guard with a reliable mid-range shot and deft handle, but he doesn't stretch the floor with three-point shooting like Nowell, who can seemingly pull up from any spot once he crosses half court.

Lottie played all 40 minutes against Troy, finishing with 12 points, 6 rebounds, 5 assists, 3 steals and 3 turnovers. He's averaging 6.9 points, 2.7 rebounds and 2.9 assists for the season.

"I just think we're gonna see a lot of zone, and that doesn't bother me because we've got enough zone offense to score," Walker said. "[Nowell] stretches the defense. He puts a lot of pressure on the defense. People really have to game plan for him. But, I always say, 'Next guy up,' and we'll be ready to play [today]."

It's a deflating injury for a team that saw sophomore forward Nikola Maric and freshman guard Marko Lukic each return Thursday from 16-game NCAA suspensions, a result of offseason amateurism infractions.

In his return at Troy, the 6-10, 250-pounder logged 17 minutes, scoring 6 points on 3-of-5 shooting, grabbing 4 rebounds, but turning the ball over 5 times. Walker plans to gradually increase Maric's minutes as the games go by.

"He's behind," Walker said. "But I know he's a skilled player. He can shoot the basketball. We're gonna have to find more than [three] minutes for him. It'll all work itself out."

The Trojans have benefited greatly as of late from the standout play of junior forward Ruot Monyyong, who's notched a double-double in each of the last five games. Sophomore forward Kamani Johnson has also been a workhorse in the paint on both ends of the floor for UALR. Having Maric back adds a third big into what is a thin rotation, on a team that has largely worked with a total rotation of seven players this season.

Junior forward Kris Bankston (back) and junior guard Alsean Evans (toe) -- who've missed a combined 29 games -- continue to sit with injuries, and Walker doesn't have a timetable for them.

Coming off their first loss of Sun Belt play, which also snapped a six-game win streak, the Trojans still lead the league alone in first at 5-1.

UALR jacked up 23 three-pointers against Troy but only hit five (21.7%), a style of play the Trojans aren't necessarily built to win with, especially without Nowell on the floor.

Walker's message heading into today was getting back to what UALR has tried to hang its hat on all season -- a stingy scoring defense that ranks fourth in the Sun Belt (67.8 PPG) and a dominant rebounding effort, one that ranks second in the league in rebounding margin (plus-5.5).

"I just told them that, 'Hey, we're not a big three-point shooting team, and our success has not been predicated on the three-point shot,' " Walker said. "It just hasn't. We can make some, but most of the time we're making them, it's probably Markquis, and Jovan [Stulic] making some every now and then and maybe Ben [Coupet Jr.] here and there.

"Our wins have been predicated on defending people and rebounding the basketball." 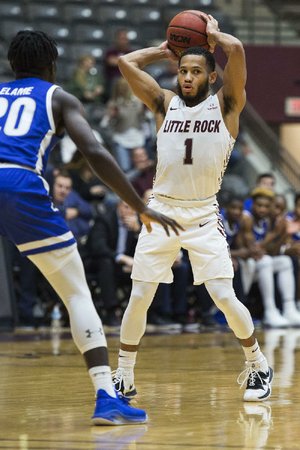 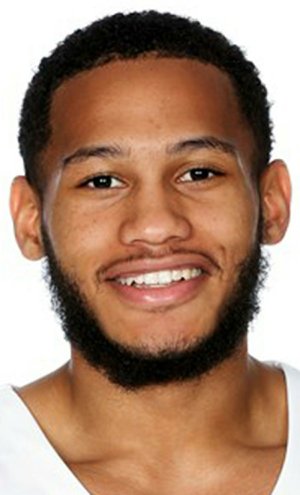