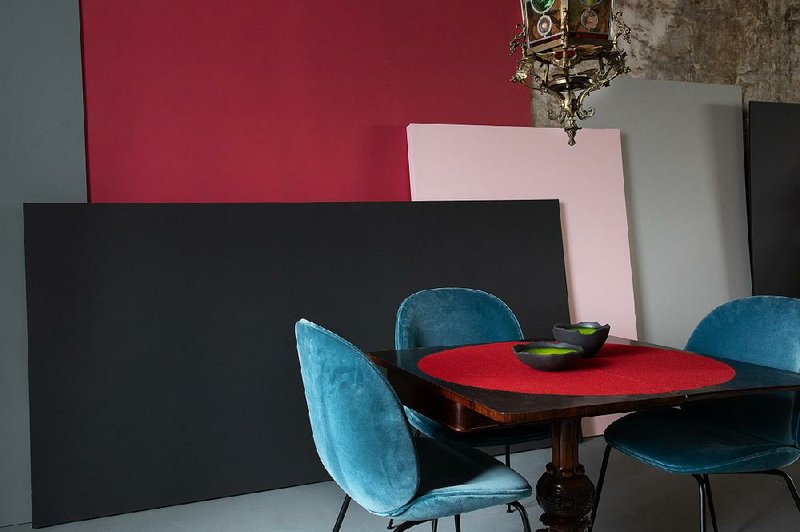 Many a homeowner has been flummoxed by a fan deck in the quest to find the perfect paint color. When faced with thousands of options, it’s difficult to narrow the field. A new wave of paint companies thinks the secret lies in offering fewer choices.

The aptly named Curator, an Irish brand that recently debuted in the United States, offers a palette of 144 colors. Clare, founded by interior designer Nicole Gibbons, has 56.

These numbers are low compared with the major paint manufacturers. For instance, Benjamin Moore has more than 3,500 colors; Sherwin-Williams offers 1,536 colors; and Behr has 1,559 colors, though it’s worth noting that even Behr is getting in on the less-is-more trend. The company recently launched an online tool called Behr Express, which features its 55 best-sellers, designed with millennials and first-time home buyers in mind. Could this approach be the key to choosing a paint color?

There’s a wealth of consumer behavior research to back up that theory. “Instead of being liberated by lots of options, people are paralyzed; they can’t pull the trigger, and they end up with nothing,” says Barry Schwartz, psychologist and author of The Paradox of Choice. “If they do make a purchase, they often walk out thinking they made a mistake because one of the other options might be better, so they are less satisfied with their decision.”

Schwartz says this is especially true when it comes to picking things such as paint or nail polish — the variations are sometimes barely detectable. “You dramatically inflate the stakes of the decision because you see these minuscule differences side by side, but when a paint color is on the wall, no one, including you, is going to be able to tell which one you chose,” he says.

Frustration with too many options and too little guidance prompted the Ebels to start Backdrop. “The legacy paint manufacturers have always had this misconception that more is better, but what they’ve done is thrust the work … onto the customer,” Caleb says.

Gibbons, too, felt the number of choices was too vast. She discovered an interesting phenomenon in her career as an interior designer: When she presented a design to a client with one color option, they always accepted it, trusting her authority and experience. “No one ever second-guessed me, and I never had a client say, ‘Show me 10 more shades,’” she says.

The process of editing down the colors of the rainbow wasn’t easy — after all, how does one determine how many blues are necessary and how many are overkill? Each of these three companies used a different methodology.

For Dublin-based Curator, a division of the General Paints Group, the collection started with 29 options. Those initial hues were developed with Irish artists and craftsmen across a range of disciplines who often cited the history and landscape of the country as their muse. “Once we had those core colors, we worked on building the palette around them, making sure that we were covering the neutral space, the more vibrant shades and also the earthy tones in between,” says Rachel O’Connor, Curator’s export director. “We felt that 144 choices covered enough ground without being overwhelming.”

Gibbons approached the task by considering the different rooms of the house and colors she saw people gravitate to as a designer. Unsurprisingly, the line is heavy on neutrals, a category that equally attracts and stumps homeowners. “I tried to lean into palettes that I knew to be timeless and universally appealing,” she says. “We started with about 600 colors, and narrowed it down to 55 by the time we launched.”

For the Ebels, the winnowing down was a hands-on affair. “Our first filter was asking ourselves if we would put it on our walls,” Caleb says. If the answer was yes, the couple then tested many of the hues in their own home. Once a color passed muster, they would take it to social media. “We had a focus group on a private Instagram account of 100 early supporters that helped us trim the final selection to 50,” he says.

Andrea Magno, director of color marketing and development at Benjamin Moore, says curation isn’t new to the paint industry, and she’s quick to mention that the company has long offered color tools, cards and specific palettes to help sift through its robust catalog. What is new to her: the marketing of fewer choices as a selling point and a shortcut. “These days everyone is looking to simplify how they go about a task; by limiting the offering, you’re appealing to a different type of customer,” she says.

And there is a big difference between someone who wants a quick, foolproof recommendation for a warm neutral vs. a homeowner who is looking for a specific shade of green. For the latter especially, Mag-no sees the benefit to drawing from a pool of 3,500 colors. “We have all of the in-between shades that you might need to work with your lighting to get it just right.”

Besides offering fewer colors, some of the newer companies diverge in another way. Hoping to eliminate the pain of multiple trips to the paint store, Backdrop and Clare have a direct-to-consumer model. Shipping is free on all Backdrop orders and on Clare orders over $100 (a gallon of Clare paint costs $49, while Backdrop is $59). Curator is available online and in stores in select cities; a gallon costs $90.

Buying paint online might seem risky because it’s hard to gauge color accuracy looking at a computer monitor. That’s why Backdrop and Clare stress the importance of sampling, and they offer large repositionable stickers. Clare’s offers 8-by-8-inch samples that cost $2, and Backdrop’s has 12-by-12 samples for $3 each. Curator offers 8-by-6-inch cards for $2.

The adhesive swatch is not limited to Backdrop and Clare: Samplize produces peel-and-stick samples painted by hand. Prices range from $5.95 to $7.95 for a 12-by-12-inch sticker and include colors from Benjamin Moore, Sherwin-Williams and Farrow & Ball. Hand-painted swatches are a recent development and offer a more accurate depiction of what a paint might look like on your wall than most printed examples. By eliminating messy sample pots, the swatches are designed to make picking the right shade easier.

And yet even with such user-friendly developments, it remains to be seen whether people actually want fewer choices. Schwartz says, “One of the things that’s both striking and frustrating is that while people are tortured by too many options, if you ask them about it, they’ll always say they want more.” 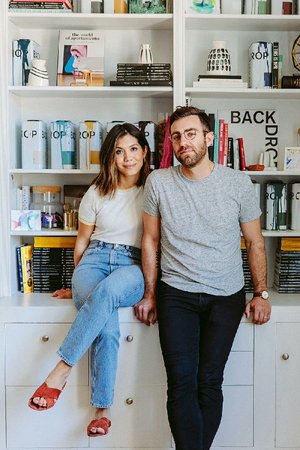 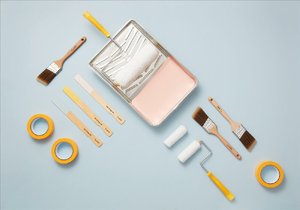