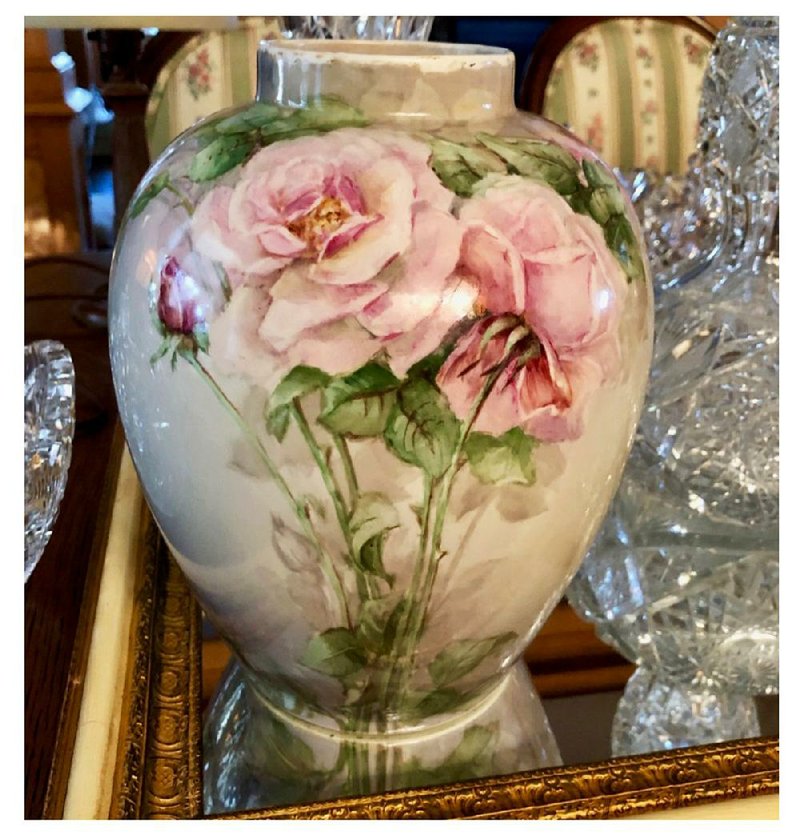 Roses bloom on this lovely Willets Belleek vase, but who did the painting?

DEAR HELAINE AND JOE: Hello. I read about your expertise on Belleek Willets. I recently acquired a beautiful vase and I am wondering if my piece might have value and who the artist might have been.

DEAR C.Y.: "Expertise" is a strong word we try to avoid. We prefer seeing ourselves as research specialists with a lot of practical experience in the field of art and antiques that helps us decode what we uncover in our investigations.

"Belleek" ("beal leice" in Gaelic, meaning "flagstone ford") is the name of an Irish village where a special type of china was developed on the estate of John Caldwell Bloomfield. During Ireland's Great Famine (1845-49), Bloomfield's Castle Caldwell estate in County Fermanagh was run down and Bloomfield's tenants were in a bad way.

Bloomfield was more interested in mineralogy than agriculture. And upon exploring his property, he soon found feldspar and kaolin, the ingredients for making porcelain. He found a place on the nearby River Erne, where the rapidly flowing river would power a mill. Before long, porcelain was made.

The new pottery was financed by David McBirney and managed by Robert William Armstrong from the Worcester Royal Porcelain Works. It is said that pottery was made at Belleek as early as 1849. But Belleek porcelain production, which was formulated by English potter William Henry Goss, did not begin until about 1863. Sometimes called "Parian" because it is said to resemble Parian marble, the product was a white porcelain covered with an iridescent glaze. Belleek was a big success and is in business to this day.

Closer to home, the Philadelphia Centennial Exposition of 1876 featured a large display of Irish Belleek wares that completely overshadowed anything being made in the United States at the time. John Brewer of Trenton, N.J.'s Ott and Brewer Pottery saw the Belleek and thought his company could produce the same type of wares.

Ott and Brewer hired Englishmen William Bromley Jr. and Sr. to help achieve the goal. Bromley Sr. had worked with William Henry Goss. And in late 1883 or 1884, they produced the first American Belleek. It should be noted that in the products made in the United States the term "Belleek" just referred to fine porcelain and not a strict imitation of the Irish wares.

Another company in Trenton -- Willets Manufacturing Co. -- had been established in 1879. Initially, it manufactured such things as sanitary wares and white pottery that was sometimes decorated. But like Ott and Brewer, it too wanted to make fine porcelain wares and in 1884 it hired Bromley Sr. to teach them how.

The result was "Willets Belleek," which was made between around 1885 and 1909. Willets decorated a lot of its Belleek in-house, but it also sold vast quantities of undecorated blanks to china painters. China painting was a big hobby at the time. We believe the vase in today's question was embellished by one of those hobbyists who will remain anonymous. At 81/2 inches tall the insurance replacement value of the piece is $250-$350.