U.S. stocks pull back from records after jobs report 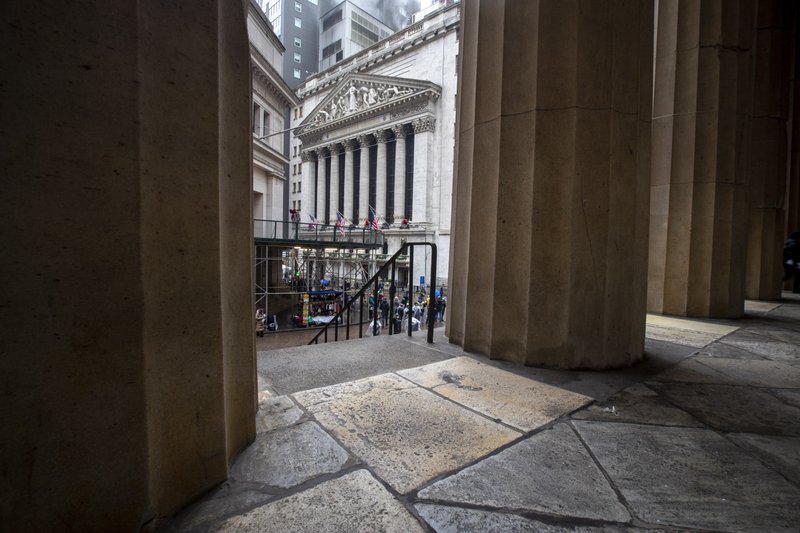 NEW YORK -- U.S. stocks fell from their record highs on Friday after a report showed hiring was weaker than expected last month.

Employers added 145,000 jobs across the country in December, short of the 160,000 that economists forecast. But the growth was solid enough to bolster Wall Street's view that the job market is holding up and households can continue to spend, preserving the largest part of the economy. The bond market also rallied after the report showed workers' wages aren't rising much, which lessens the threat of inflation.

"I don't think today's report was a big needle mover for the market or for Fed policy," said Liz Ann Sonders, chief investment strategist at Charles Schwab. "The economic environment looks fine in 2020, but the risk is that sentiment may have gotten overly complacent, and we need earnings to step up."

Even with Friday's loss, the S&P 500 closed out a 0.9% gain for the week. It's a sharp turnaround from earlier, when the S&P 500 seemed to be heading for just its third weekly loss in the past 14 as worries rose about a possible U.S.-Iran war. But stocks rallied after comments from President Donald Trump and Iran made markets believe a military escalation isn't imminent.

That put the focus back on the economy and corporate earnings. The S&P 500 returned a stellar 31.5% last year even though earnings likely fell for big companies, and Sonders said investors will need to see profit growth in 2020 to help justify the records that stock prices are setting.

Earnings reports will begin in earnest next week, with JPMorgan Chase, Bank of America and other big banks on the schedule to tell investors how much profit they made in the last three months of 2019. Many will also give forecasts for 2020.

Companies across the S&P 500 have been able to squeeze plenty of profit from each $1 in revenue because wages for their workers aren't rising very quickly, even when the unemployment rate is at a half-century low.

Average hourly earnings for workers were 2.9% higher in December than a year earlier, Friday's jobs report showed. That's the weakest growth since July 2018.

Stubbornly low wage growth isn't good for workers, but it removes a threat of higher inflation that could erode corporate profits and push the Federal Reserve to raise interest rates. Markets see low rates as fuel for markets, and the Fed's three rate cuts last year were a big reason for the surge in stocks.

After the jobs report, the yield on the 10-year Treasury fell to 1.82% from 1.85% late Thursday. Treasury yields fall when their prices rise.

Six Flags Entertainment plunged 17.8% after the theme park operator warned investors that it may have to have to scrub development plans in China after its partner in the country defaulted on payments. It also said it expects to report a drop in revenue for the latest quarter.